Do you want to improve your conversation skills? What are some things you should avoid doing in a conversation?

Here’s how you can improve your conversational skills, according to Debra Fine.

If you want to know how to improve your conversation skills, you must avoid the three worst pitfalls. Fine notes that most of us engage in these behaviors on occasion—therefore, she provides recommendations both for dealing with other people committing these pitfalls and for avoiding committing them ourselves.

1. Don’t Make It All About You

The Pitfall: excessive boasting about accomplishments, purchases, or success

An Example: “Last week, I bought my second six-figure yacht! My wife and I love to lie on the deck drinking champagne on the open ocean, and just yesterday…”

What’s Happening: According to Fine, this person can’t resist bragging about how successful they are and how great their life is. Sometimes, they’ll even recruit others to do their boasting for them.

What You Can Do About It: If someone boasts to you, they want to monopolize your attention, so Fine suggests you refocus the conversation. Talk about yourself, or pivot to a topic that isn’t about them.

(Shortform note: Another powerful reason why people brag is that they think others will be happy for and proud of them—even though, overwhelmingly, the listeners hate hearing it. If you’re a boaster, understand that by engaging in this behavior, you actively make others feel bad. If you’re the recipient of boasting, don’t give the braggart what they want; remain unimpressed, let some of your boredom show, and—if necessary—just walk away.)

The Pitfall: responding to every story with a more dramatic, personal one

An Example: “That happened to me, too, except the spider was twice the size! Poison was dripping from its fangs and my husband had to kill it with a chainsaw!”

What’s Happening: According to Fine, this person wants you to know that their problems are the worst, their life is the hardest, and their continued existence is the most impressive. They’re willing to lie and embellish as long as it gets them sympathetic attention.

What You Can Do About It: If someone does this to you, Fine advises returning the focus to the person who told the original story, whether that’s you or another party in the conversation. If the behavior continues, stop rewarding it with acknowledgment.

(Shortform note: Why do people engage in this pitfall? Like boasting—and, indeed, most of these pitfalls—one-upmanship is often an indicator of insecurity. We all want to be loved, listened to, and accepted, but many of us don’t feel we’re worth that kind of attention. We don’t feel interesting, exciting, or important enough, so we dramatize. Sometimes, one-upmanship is also an attempt to relate to others by sharing a similar personal experience. Either way, if you find yourself doing this, remember you’re here to converse; give others the spotlight, too, and try to share evenly.)

The Pitfall: monopolizing the conversation, digging deeper without an invitation

An Example: “…and then it turned out I had cancer, so my husband and I put our kids up for adoption and sold the house. It was so tragic, but it had to be done. After that, we…”

What’s Happening: According to Fine, this person usually thinks they’re doing you a service by talking so you don’t have to. Often, they’ll talk so long that they end up revealing personal details that were best left unspoken.

What You Can Do About It: If this person is you, limit yourself, Fine suggests; don’t speak longer than five minutes, and pay attention to the signals your listeners are sending you. If someone else is doing this to you, throw them a flag: Let them know your time is limited, ask a related question to another person, or jump in with an anecdote of your own.

(Shortform note: Is your partner monopolizing because you’ve said so little that you’ve left them feeling they have to carry the conversation alone, or are they just boisterous and outgoing? In any case, you’ll need to communicate that you want to talk, too. To do this, either wait for a pause to drop in a small validating tidbit like, “interesting, okay,” and then roll right into your own story, or match their boisterousness directly by interrupting or steamrolling right back. Loud people are usually comfortable with being interrupted because it’s the way their conversations normally go—from one interruption to the next—so don’t be afraid to engage them on their own terms.)

The Pitfall: bombarding the other party with shallow questions without giving them space

An Example: “Where are you from? What do you do for a living? Do you have kids? What’s your favorite sport? Which color is your favorite? What…”

What’s Happening: According to Fine, a nervous person who feels pressured may interrogate because they don’t know what else to do. Ironically, some of their questions may lead to interesting answers, but their nerves preclude them from paying enough attention to delve deeper.

What You Can Do About It: If this is you, Fine says, take a breath. Listen carefully, so you don’t miss interesting tidbits. If someone’s doing this to you, get them talking instead. Respond to their question with a question of your own. By taking the reins, you help relieve the pressure they feel and allow them to relax into the conversation.

(Shortform note: Framing question-asking as a pitfall may feel slightly at odds with Fine’s earlier recommendations that you ask your conversational partner plenty of questions. The reason that this form of questioning is a pitfall is arguably that the questions you’re asking aren’t open-ended enough to generate a conversation, which is why you have to ask so many so quickly. If a second question doesn’t immediately follow the other person’s probably short answer, you get an awkward pause—and that is what the asker wants to avoid. To avoid this pitfall, either pivot to asking open-ended questions (if you’re the asker) or give a longer, deeper answer than the question explicitly asks for (if you’re the answerer).)

The Pitfall: interrupting others, unsolicited, particularly to advise or correct them

An Example: “Well, actually, Tylenol only relieves pain and fevers. For your swollen ankle, you want Advil, because that also reduces inflammation.” “Oh, honey, you should try yoga! I had the worst depression after my mom passed, but now I feel wonderful—physically and emotionally!”

What’s Happening: According to Fine, these people interrupt because they’re impatient or desperately want others to think they’re clever. They may not be clever, but their insecurity pushes them to try and show off anyway. Sometimes, they genuinely want to help, but they don’t wait to be asked. In any case, they often come across as condescending, arrogant, pushy, or foolish.

What You Can Do About It: If someone shares their troubles with you, keep in mind that they’re generally not asking for advice—they’re asking for support. Listen to them, commiserate, and share their pain; don’t offer solutions unless they specifically ask for them.

(Shortform note: Research tells us that advice-givers genuinely think that they’re helping, that they’re experts, and that people need to hear what they say. Further, they tend to be narrow-minded; they think their way of living is the most correct, healthy, practical, and so on. Consider validating their attempt to help without implying that you needed that help: Say something like, “thanks for the tip! I have my own plan for dealing with this, but can I ask for your help if I need it in future?” If you’re the offender, remember it’s deeply presumptuous to assume you know better than the person who’s lived the entire life you’ve only seen a fragment of. Before you provide advice or explanations, ask if they want to hear them—and be ready and willing to accept a “no!”)

Debra Fine: How to Improve Your Conversation Skills 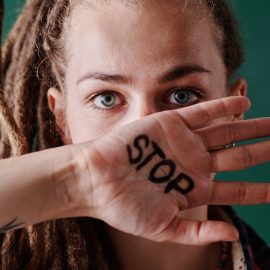 How to Resist the Devil: The 6 Things You Must Do 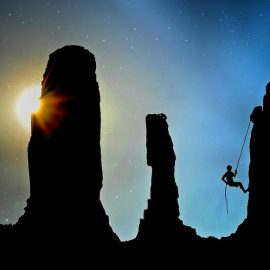 How to Overcome Disappointment in Life 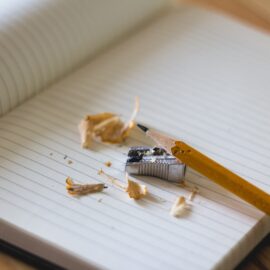 How to Write a Good Character Backstory