What’s most important to people who are close to death? How can we infuse the final days of the dying with meaning and dignity?

According to Atul Gawande, the author of Being Mortal, we can improve our care for the dying by giving them autonomy, or the ability to direct their lives as they wish. This freedom is crucial for those facing death, as it allows them to live according to their values and retain meaning in spite of limitations.

Here’s how to help the dying retain their autonomy so they can die with peace and dignity.

Gawande believes that helping the dying preserve their autonomy is one of the most important aspects of end-of-life care. He distinguishes between negative and positive autonomy.

Negative autonomy is the absence of constraints. This is the autonomy we look for when we simply want our body to be fully functional and healthy. To Gawande, this autonomy is no longer critical for the aging and terminally ill—on the contrary, as our bodies weaken, it’s vital to acknowledge our limitations and dependence.

(Shortform note: Studies show that those suffering from severe physical limitations—those who’ve lost their negative autonomy—feel happiest when they have strong social support and reduced pain. For these reasons, caregivers should provide the dying with comprehensive social support and pain management to help them cope with the loss of physical function.)

Positive autonomy, by contrast, is the freedom to direct your life. One way to help the dying retain this kind of autonomy is to establish it as the priority in end-of-life care. Gawande argues that by keeping this in mind, you’re better able to judge which actions to take. Caretakers should work with the dying to help them maintain their ability to direct their lives toward the things that give them purpose and meaning.

This can manifest in different ways. Some elderly people may choose to care for a pet, for instance. Others may simply enjoy listening to music or being outside. Elderly individuals will choose to spend their time in different ways if they can make that choice.

(Shortform note: Gawande’s distinction between positive and negative autonomy isn’t original to him—it has a long history going back to the 18th-century philosopher Immanuel Kant and many thinkers throughout the 20th century used it. For instance, psychoanalyst Erich Fromm argued that negative autonomy on its own inevitably leads to feelings of isolation and meaninglessness because you never feel dependent on others. He believed that positive autonomy, by contrast, facilitates a sense of meaning and connectedness to others: Your desire to direct your own life heightens the value of relationships and actions.)

In the case of the terminally ill, facilitating their autonomy may involve letting them choose to forgo treatments that could extend their lives but that may cause pain or isolation. Or it may involve ensuring they have medication to manage pain. The goal is to support their ability to choose the way they spend their final days.

(Shortform note: Contrary to Gawande, some experts argue that a dying patient’s sense of intrinsic dignity is more critical than their sense of autonomy. While they acknowledge that the two concepts are closely linked, they believe the distinction is vital. They observe that, in a palliative care context, patients are often unable to exercise self-determination because of physical and mental deterioration. For this reason, it’s important to ensure that a patient can retain their sense of intrinsic dignity even when they can’t exercise autonomy.)

Atul Gawande: How to Help the Dying in Their Final Days 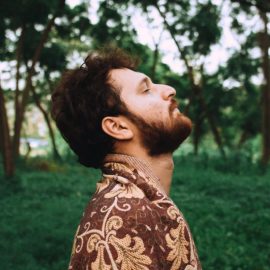 The Top 2 Techniques for Everyday Meditation