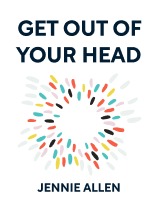 This article is an excerpt from the Shortform book guide to "Get Out of Your Head" by Jennie Allen. Shortform has the world's best summaries and analyses of books you should be reading.

Do you want to know how to fight and win the spiritual battles of life? What advice can help you do this?

According to Jennie Allen, everybody is fighting their own inner spiritual battles. This could be due to fear, pride, self-pity, complacency, and other emotional obstacles. Understanding how to fight and win the spiritual battles of life will help you gain control over your thoughts and avoid negative spirals.

Here’s Jennie Allen’s advice for how to fight and win the spiritual battles of life, from her book Get Out of Your Head.

Fighting the Spiritual Battles of Life

Many of us are consumed with negative thoughts, and we’ve bought into the lie that we can’t control them. We live as victims of toxic thinking, trapped in depression and defeat.

This is the spiritual war of our generation, a battle between you and the enemy of your mind (and soul). Your enemy in this war is Satan, whose objective is to prevent you from learning to take your thoughts captive. He wants you to waste your God-given life in feelings of helplessness, because this inner defeat will accomplish his overall goal: to prevent you from doing and becoming all that God wants. In this article, we’ll show you how to fight and win the spiritual battles of life.

The battleground is your mind. Satan attacks you there because he knows your thoughts determine how you live. This means the stakes are high, since taking control of your mind is the key to finding peace in other parts of your life as well. A famous line from the great Puritan theologian John Owen brings this home: “Be killing sin or it will be killing you.” Applied to the mind, this could be refashioned as, “Control your thoughts or they (and through them, the enemy) will control you and your life.”

The enemy’s attacks show up as negative mental spirals. Many people’s lives work like this: Emotions → Thoughts → Decisions → Behaviors → Relationships. Emotions drive everything else down the chain, with end results feeding back up the chain when consequences reinforce emotions and thoughts. When you live like this, your life is on autopilot, spiraling ever downward into dysfunction.

Below, you’ll find out how to fight and win the spiritual battles of life, with advice from Jennie Allen’s book.

Remember, the battleground is your mind, not individual problematic actions or habits. You are what you think (see Proverbs 23:7). Satan knows this and wants you to believe lies about God and yourself. If you want to know how to fight and win the spiritual battles of life, what you need to do is to shift your mental focus from the flesh to the Spirit.

Every great and awful act in history and in our lives starts with a thought. A single thought that honors God can change the course of history and eternity. A single uninterrupted lie in your mind can produce inconceivable havoc in the world.

Negative biblical examples of this truth in action include Eve’s sin in the garden (which began with Satan’s implanted thought that the fruit was good and beneficial) and David’s sin with Bathsheba (which began with lustful thoughts).

Positive biblical examples include Mary’s submission to God’s plan for using her to bring his Son into the world (her submission began with thoughts of obedience and faith) and Jesus’s choice to go to the cross (which was centered in his thought, “Not my will, Father, but yours”).

Because thoughts are so powerful, it’s important to learn how to become aware of your most commonly recurring toxic thought, to recognize that thought as the enemy’s attempt to imprison you and shut you off from God and other people, and to replace and reprogram that thought with God’s thoughts.

As a Christian, you belong to an entirely separate reality. You must learn to think like it. This entails a shift away from the rampant consumerism, narcissism, and noise of contemporary culture toward transcendent peace, love, and truth.

This work isn’t about improving your outer circumstances. You’ll still encounter difficulties. It’s about choosing to believe God loves us and is with us and for us even amid hellish circumstances. It’s about experiencing peace and joy that transcend circumstances and come from the higher realm that you inhabit as a child of God.

Part 2 of Allen’s book identifies seven enemies of our minds (all lies), names the truths that oppose them, and equips you with specific weapons and interrupting strategies (all derived from the master interrupting thought, “I have a choice”). It’s a course in retraining your mind. Understanding these enemies and inner battles will help you work out how to fight and win the spiritual battles of life.

Your mission is to learn to spot the enemy’s lies, recognize when and how they’ve trapped you, and fight effectively against them to achieve freedom in Christ.

Surmounting these barriers and winning your battles requires a targeted strategy. That’s what the following chapters, combined with the general instructions in Part 1, all provide.

Always remember and depend on this, because it’s your guarantee of victory: Because of Jesus’s sacrificial death, all your battles are already won. You simply have to claim the victory and learn to fight from the knowledge and security of it at the start.

Having learned to fight these seven battles, let’s zoom out again to consider the entire war and learn the most important lesson of all: what we’re actually fighting for. Winning the war for your mind requires following certain overarching principles that preside over the individual battles.

First, Jesus himself illustrates our way to victory in each battle. The Bible shows how he chose stillness over distraction, community over shame, surrender over fear, delight over cynicism, humility over self-importance, gratitude over victimhood, and service over complacency. The same Holy Spirit that empowered him empowers you, which means you can study and follow his example in each battle.

Second, always remember who God really is, who you really are as a Christian, and the stupendous implications of both. Depend on the “secret weapon” of Christ’s pre-existing victory in all battles and the war as a whole.

Third, train yourself rigorously, then trust your training. Practice the disciplines and strategies you’ve learned in this book. Learn the principles of interrupting downward spirals and reprogramming your mind with Godly thoughts. Do the work of reshaping your heart-mind.

This book has a double bottom line: Receive the mind of Christ. Then pass it on.

First, have a singular focus. Have your mind entirely consumed by the mind of Christ. Second, always remember that this wonderful freedom of a sanctified mind isn’t for your private enjoyment. God sets us free in our minds so that we can transmit the same freedom to others. It’s a contagious freedom. Make yourself a conduit for liberation. Spread it to others. Become dangerous for Christ.

Exercise: Recognize the War in Your Own Mind

Jennie Allen says today’s primary spiritual war is taking place in our minds. One of the first steps to victory is to recognize the way this battle is currently active in your own life and self. This means you have to begin reflecting consciously on your own thinking.

What’s one specific way this spiritual battle manifests in your life? Identify a repetitive negative pattern of thought and/or behavior—a negative spiral—and briefly describe it. (For example, do you keep returning to a habit of criticizing your spouse even when you thought you had broken it? Do you sabotage job interviews or your career advancement by playing out entrenched feelings of incompetence or inferiority?)

Review Allen’s breakdown of the steps involved in mental spirals: Emotions give rise to thoughts, which lead to decisions, which manifest as behaviors, which affect relationships. Break your negative pattern down into these steps, and describe how the negative pattern works and/or shows up at each step.

Which of these five steps or levels most obviously or regularly shows itself in your life as problematic or toxic? How?

What did you uncover as the core emotion behind your negative life pattern? What insight does this bring? (In subsequent chapters, you’ll learn how to use such knowledge to replace negative patterns and downward spirals with positive patterns and upward, God-directed spirals.)

Like what you just read? Read the rest of the world's best book summary and analysis of Jennie Allen's "Get Out of Your Head" at Shortform.

Here's what you'll find in our full Get Out of Your Head summary: 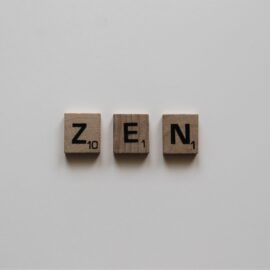