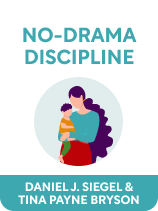 What is the first step in the No-Drama Discipline process? Why should you pause and approach discipline with mindfulness rather than reacting automatically?

If you want to discipline your kids effectively, the first step is to prepare to discipline. It’s important to prepare first because, if you react on instinct, you’ll often resort to autopilot responses or ineffective methods such as time-out and spanking.

Keep reading to learn how to discipline kids without the drama.

The first step in Siegel and Bryson’s approach on how to discipline kids begins before your child even misbehaves. Here are 3 strategies to help you prepare to discipline your children effectively:

The authors believe that you must understand how kids’ brains are developing in order to discipline them effectively. Here are some important things to remember about children’s growing brains.

(Shortform note: Why does the lower brain mature so much faster than the upper brain? Siegel and Bryson don’t get into the details, but scientists speculate that the lower brain develops first because it’s a much simpler, more primal part of the brain. The development of these two structures in individual humans matches their evolutionary development across the whole species: The lower brain (which controls the fight or flight reflex) developed first, which kept our ancestors alive long enough to reproduce and continue the evolutionary process that eventually developed the upper brain.)

Second, according to Siegel and Bryson, the fact that kids’ upper brains aren’t developed yet means they’re not yet capable of higher-level executive functions like seeing a situation from someone else’s point of view. Parents need to keep this in mind when they set expectations for their children. For example, a four-year-old genuinely isn’t capable of sitting quietly in church for an hour without something to distract her—she hasn’t developed impulse control (an upper brain function) yet, which means her brain hasn’t yet learned to control her urges to talk, play, and move around. Her parents should set their expectations accordingly.

(Shortform note: Siegel and Bryson set expectations based on typical brain development here, but the expectations you set for your children should also take their unique circumstances into account. For example, as Dr. Bessel van der Kolk describes in The Body Keeps the Score, kids who have experienced trauma are prone to more behavioral problems than other children. Similarly, kids with ADHD often struggle more with impulse control than their peers. In both cases, parents and caregivers should keep these factors in mind when setting expectations for their children.)

In addition to considering brain development, the authors recommend approaching discipline in a mindful way, rather than simply reacting on instinct (or blowing up). In practice, mindful discipline means approaching each situation with curiosity. When your child misbehaves, Siegel and Bryson recommend asking yourself these three questions:

(Shortform note: Keep in mind that, for very young children, behavior can sometimes be less about emotions and goals and more about trying to understand the world around them. For example, it’s normal for toddlers to hit people or objects purely to see what the result will be, not because they feel upset or angry.)

What lesson do I want them to learn right now? This answer may vary depending on the answer to the first question. For example, if your child hit her brother because she was feeling jealous of him, you might want to teach her a healthier way to handle jealousy.

How should I deliver that lesson? This answer will also depend on the specifics of the situation. For example, if your daughter is two years old, she may be too young to really understand jealousy, so you may need to simplify how you deliver your lesson. On the other hand, older children can understand nuanced emotions, so you can talk with them about jealousy in more depth.

(Shortform note: These are just guidelines, and each child develops at a different pace; so to know how to deliver your lessons, you’ll need to gauge your child’s emotional maturity level (or the amount of emotional nuance she can comprehend). Having a good understanding of this will help you set appropriate expectations and discipline her in a way she can understand. For instance, if your eight-year-old isn’t very emotionally mature, they may still need a more simplified lesson on jealousy.)

The authors believe that the opposite of mindful discipline is parenting “on autopilot”, or making decisions in the heat of the moment based on your habits and current emotions rather than a conscious plan. When parents are on autopilot, they often resort to two common punishments: time-outs and spanking. Siegel and Bryson argue that these methods are not only ineffectual in the moment, they can also hinder kids’ healthy development in the long run.

(Shortform note: Why do parents slip into autopilot? Siegel and Bryson don’t go into detail, but Siegel and Mary Hartzell explore the question more thoroughly in Parenting From the Inside Out. Essentially, when parents have unresolved issues from their own childhoods, they’re more easily pushed into autopilot when their children behave in ways that trigger those issues. For example, if your parents left you alone to cry without comfort for long periods as a child, you probably felt entirely flooded by those negative emotions. Now, when you hear your child cry hysterically, the sound triggers that same flood of unresolved emotions, causing you to slip back into autopilot when reacting to your child.)

Siegel and Bryson believe that, during a traditional time-out (in which parents send children to sit by themselves and think about what they’ve done wrong), kids don’t focus on their misbehavior—they focus on their parents’ negative reaction to it. This often escalates kids’ strong emotions rather than helping them calm down. (Shortform note: In addition to the authors’ reasoning, there’s another reason time-outs can escalate a conflict: They initiate a power struggle over whether the child will actually, physically stay in the time-out spot. If the child keeps leaving the designated spot before they’re supposed to, parents often escalate the situation by heaping new punishments on top of the original time out.)

The authors believe that spanking, like time-outs, often escalates dramatic situations. That’s because spanking makes children feel threatened, and feeling threatened engages the primitive parts of a child’s brain rather than the more evolved parts responsible for higher-level thinking. When a child’s primitive brain is engaged, it’s almost impossible for her to think calmly about the experience, so she’ll continue acting out. Worse, feeling threatened floods children’s brains with stress hormones; over time, too much exposure to those stress hormones can have a serious negative impact on children’s developing brains.

(Shortform note: There’s another important reason spanking is ineffective that the authors don’t mention: The logic of spanking relies on skills that young children don’t have. When parents spank, they assume the memory of that pain will deter their children from misbehaving in the future—that kids will stop and think about that painful memory before acting. However, that kind of impulse control is an upper brain skill that young kids haven’t learned yet, so the logic of spanking sets kids up for failure.)

The authors acknowledge that mindful, brain-focused discipline is hard to do when your own lower brain is enraged—as might happen, for instance, if you walk into the kitchen to discover your child painting a chocolate syrup masterpiece all over the floor. When that happens, Siegel and Bryson recommend holding off on discipline (other than immediate safety concerns) until both you and your child are calm, focused, and able to have a productive conversation. This might even mean waiting until the next day to talk after everyone has cooled down. Otherwise, you’re likely to resort to autopilot responses like yelling or time-outs.

(Shortform note: While giving yourself space to calm down before disciplining is helpful, you can also use proactive strategies that will help you respond to misbehavior without your lower brain taking over—so you won’t need to take space in the first place. To do this, start by identifying one daily ritual that helps you feel calm (like a nightly bath) and set firm boundaries around it so your family knows not to interrupt you during that time. By taking that time for yourself every day, you’ll ensure your own needs are met, which will help prevent you from flying into a rage when your children misbehave.)

How to Discipline Kids: The First Step to Success 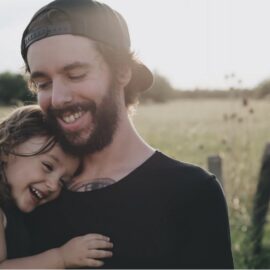 Childhood Attachment: Does It Affect You as an Adult? 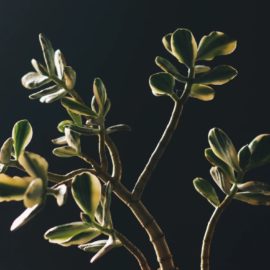 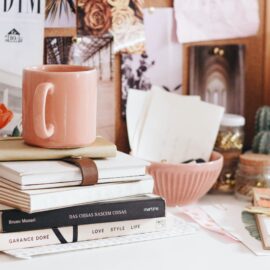 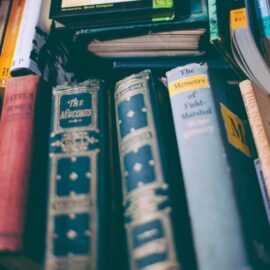 Memory and Reading: Look Out for References