What are some How to Be an Antiracist quotes? How does each quote highlight an important concept from Ibram X. Kendi’s book?

Keep reading for four How to Be an Antiracist quotes.

How to Be an Antiracist Quotes

The first of the quotes from How to Be an Antiracist is about the nature of Race neutral programs can actually be more dangerous than the agenda of the alt right. While the alt right is unlikely to actually create a White ethnostate, race neutrality has a track record of leaving policies that create inequity in place and striking down programs that create equity.

Additionally, race neutrality often goes hand-in-hand with ideas around ignoring the existence of race (the notion of being “color blind”). While race is a power construct, not a meaningful scientific category, it still affects everyone’s lives. Pretending it doesn’t exist allows racists to carry out business as usual—if we ignore race, then we’re blind to racial inequity. Dispensing with racial groups will be one of the very last steps in the struggle to end racism, not the first.

There is no in-between when it comes to antiracism and racism—anything that’s not antiracist is racist. Likewise, there is no such thing as a “neutral policy”: All policies and ideas either advance or hamper equality.

(Shortform example: Racist policies have created funding imbalances between Black and White schools. A scholarship program open only to Black people is antiracist because it strives for educational equality between racial groups. Axing this scholarship program because White people aren’t allowed to apply may seem “neutral,” but, in fact, canceling the program would be racist because it would mean canceling something that’s aimed at remedying the current funding imbalance and thereby promoting racial equity.)

This is one of the How to Be an Antiracist quotes that show how Black people have to adjust their own actions to manage others’ racism.

In reality, there are no inherently violent or dangerous races. Researchers have found that there’s a much stronger correlation between unemployment and violent-crime levels than race and violent crime levels, for example:

“Americans have long been trained to see the deficiencies of people rather than policy. It’s a pretty easy mistake to make: People are in our faces. Policies are distant. We are particularly poor at seeing the policies lurking behind the struggles of people.”

“Like fighting an addiction, being an antiracist requires persistent self-awareness, constant self-criticism, and regular self-examination.”

This is one of the hopeful How to Be an Antiracist quotes. While it is hard work, Ibram is saying that it is possible to do better. As Ibram worked with the Antiracism Center, he started having health problems. He lost weight, had digestive problems, and threw up. He went to see a doctor, who sent him for a precautionary colonoscopy. No one expected it to turn anything up—Ibram wasn’t in any of the risk groups for colon cancer. However, the colonoscopy determined he had stage-4 metastatic colon cancer, which kills about 88% of people within five years of diagnosis.

Ibram’s wife and mother had both survived breast cancer and during their battles, he’d noticed some parallels between cancer and racism. Cancer spreads throughout the whole body and affects all systems, like racism spreads across the country and intersects with bigotry. People deny both cancer and racism, and both can kill whole systems.

Ibram wanted to survive to spend more time with his family, be a better person, and write more, among other things. There are plenty of good reasons for society to want to survive racism too.

Ibram underwent six months of chemotherapy, which shrunk his tumors enough that he could be operated on, and during the operation, the surgeons found that the chemotherapy had fully erased the cancer.

Ibram believes that society can get through racism too, especially if we treat it like cancer instead of something that’s incurable. If racial inequity is a cancerous tumor, start by attacking it with the “chemotherapy” of antiracist policies. Then, surgically remove any lingering racist policies. Encourage a healthy diet of antiracist ideas. Then keep an eye on the system so that if any danger returns, it can be dealt with early, before it can spread again. 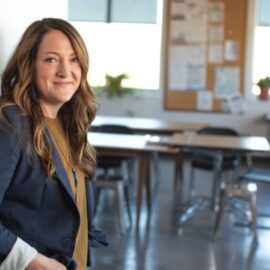 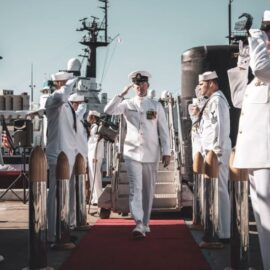 Edward Said: On Orientalism and Imperialism