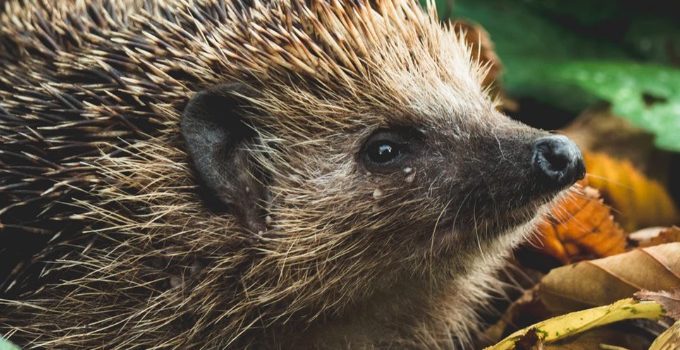 A hedgehog concept is a simple concept in response to the complex facts of reality. The hedgehog principle was introduced by Jim Collins in his book Good to Great, in which he argues that truly great companies are oriented around a hedgehog concept.

Consider the thinkers with the most long-lasting influence: Adam Smith, Darwin, Marx, Freud, Einstein—each took the seeming chaos of the world and boiled it down to a single, easy-to-understand concept. They were hedgehogs with hedgehog concepts.

Like these thinkers, good-to-great leaders look at a complex world and produce simple, elegant concepts to filter out noise and provide a steady guide for their companies.

From 1975 to 2000, Walgreens delivered stock returns 15x the general market return, dwarfing the performance of Eckerd, its comparison company.

Walgreens’s resurgence was fueled by an utterly simple concept: to build the most convenient drugstores with the highest profit per customer visit in the industry.

Once the concept had been determined, it was just a matter of doing whatever it took to serve the concept: building stores on corners rather than midblock, clustering stores in high-traffic areas, providing drive-through pharmacy services, and adding highly profitable services like one-hour photo development.

Eckerd, meanwhile, had no unifying concept for growth. It made sporadic deals to acquire stores in discrete areas, and even tried getting into the home-video industry by purchasing American Home Video Corporation (a move that resulted in a $31 million loss). Twenty years after that ill-starred purchase, Walgreens was sustaining its stellar performance—and Eckerd no longer existed as an independent company.

But Collins et al. discovered that good-to-great companies’ guiding concepts were driven by research and understanding along three axes.

Rather than focus on “core competencies,” good-to-great companies homed in on an area of their business they led (or could lead) the world in. This was their Good to Great hedgehog concept.

Good to Great Hedgehog Concept Example: By the 1960s, Abbott Labs hadn’t invested enough in R&D to compete with major pharma companies like Merck. So, even though Abbott had focused on pharmaceuticals for its entire existence, CEO George Cain decided to move the company into the areas of hospital nutritional products and diagnostic devices, areas with which the company had flirted and in which opportunity was significant. Abbott eventually became a leading company in both these areas.

Upjohn, Abbott’s comparison company, illustrates how the lack of a Hedgehog Concept can lead to ruin. First, Upjohn attempted to take on Merck, not realizing that it could never be the best pharmaceutical manufacturer in the world. When it fell further behind the industry leaders, it tried to diversify into areas it would be impossible to conquer. Later, it returned to pharmaceuticals, focusing on “ethical drugs,” but the market was already well beyond them. They were acquired in 1995.

The reason the good-to-great companies were able to excel regardless of industry was their sharp insight into the fundamental economics of what aspect of their business would drive profits. They formulated a single “economic denominator,” defined as a ratio such as “profit per X,” and aligned their strategy around that ratio. The challenge was to define the correct X to produce the correct strategy.

For example, a common-sense economic denominator for a pharmacy—or any retail company—is profit per store. This thinking would lead to a strategy of cutting stores and lowering costs per store, at the expense of customer experience.

Walgreens, however, knowing that it wanted to maximize convenience, also knew that profit per store would likely diminish (because more convenience = more stores in a smaller area = less profit per store). So they transformed their thinking: They optimized their stores for profit per customer visit, thereby aligning their economic denominator with what they could do better than anyone else in the world—build convenient drugstores. This was part of their hedgehog concept.

Likewise, banks used to focus on the economic denominator of profit per loan. But in the era of deregulation, banking services became a commodity – profit per loan would be competed down to zero. In response, Wells Fargo focused on a new denominator: profit per employee. This encouraged the development of low-overhead branches and adoption of ATMs.

In contrast, the comparison companies didn’t discover a key economic denominator, and thus did not develop an insight into what would make for successful economics.

(Shortform note: Collins notes that each industry has its own economic forces, so there are no standard correct denominators. The point is that identifying the key denominator that best illustrates successful economics is important.)

Circle #3: What is my profoundest passion?

Although good-to-great companies certainly wanted to maximize profits, they weren’t simply looking for golden opportunities. Rather, they pursued courses of action that inspired their people. They only chose opportunities that their team could get passionate about. This is a key aspect of Jim Collins’s hedgehog concept.

Good to Great Hedgehog Concept Example: While its competitors ran a race to the bottom by manufacturing ever-cheaper disposable razors, Gillette went in the opposite direction, designing and producing sophisticated shaving systems that its technicians and executives could get excited about.

In the intersection of the three circles lies your Hedgehog Concept. This is a deep understanding of where you can play, win, and make a profit.

When trying to figure out your Hedgehog Concept, you might be disheartened by the realization that you’re not the best at anything. That’s OK. Most good-to-great companies were not the best in the world at anything, nor did they show potential to become the best. But they were doggedly determined that such a thing existed and that they would find it, and they eventually succeeded.

(Shortform note: The three circles are a helpful tool for personal growth as well. If you’re at a standstill in your career or looking for a change, you might use them to determine your true calling.)

In contrast to good-to-great companies, comparison companies tended to avoid the deep understanding of developing Jim Collins’s Hedgehog Concept. Instead, they moved with bravado, focusing on growth for its own sake and seeking to get bigger without an understanding of why this was helpful.

Given the simplicity and elegance of the three-circle Venn diagram, it stands to reason that identifying your Hedgehog Concept would be equally straightforward. But Collins et al. discovered that good-to-great companies took an average of four years to land on their Hedgehog Concept.

Developing the insight to fill out the Venn diagram factually and produce a Hedgehog Concept takes time and effort.

One way to speed up the process is to empanel a “council”—a group of decision-makers and stakeholders well-placed to consider and debate the three questions of the diagram. The council should feature the following:

Once the council is created, its path toward unearthing a Hedgehog Concept is cyclical and regular:

Jim Collins’s hedgehog concept can give your company the direction it needs to go from good to great. 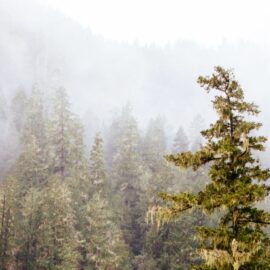