Have you ever thought you could tell someone was a smart or good person just by looking at them? Were they also attractive? You were being blinded by the halo effect.

The halo effect theory is the idea that people take one positive thing about a person and extrapolate it to other positive characteristics. You might do this based just on what a person looks like.

See how the halo bias manipulates your decisions with halo effect examples.

What Is the Halo Effect?

The halo effect theory is the notion that a person is biased in favor of someone based on a single favorable quality. If you know one positive thing, such as good looks or intelligence, you may think everything else about that person is positive.

We also associate “liking” someone with their degree of physical attractiveness. We are more likely to acquiesce to requests from people we think are attractive.

Attractive people benefit from what social scientists call the “halo effect.” This means that we extrapolate from one positive characteristic (being attractive) and credit that person with having other positive characteristics, even with no evidence. Thus, we associate physical attractiveness with intelligence, humor, talent, kindness, and honesty.

It is no wonder that persuaders of all stripes know how to exploit the halo bias in humans to maximum effect. Here’s a halo effect example. A study of Canadian elections showed that, controlling for other factors, attractive candidates on the whole received more than 2.5 times more votes than unattractive candidates.

Based on the candidates’ attractiveness, voters seem to have been disproportionately persuaded of their other good qualities (policies, ideology, trustworthiness, competence). What makes the halo bias even more effective is that most people deny that it even exists—73 percent of voters claimed that a candidate’s looks had nothing to do with how they voted. No one wants to be seen as superficial, but it seems most of us behave that way.

The halo bias extends beyond the political arena. Here’s another halo effect example. In a 1990 study of job applicants, researchers found that the physical appearance of an interviewee was more positively correlated with being hired than experience and qualifications. The halo effect theory was realized despite employers claiming that physical appearance played no role in their hiring decisions.

Similarly, even the supposedly impartial judicial system is vulnerable to the halo effect. A Pennsylvania study found that handsome male defendants had received significantly lighter sentences than unattractive defendants. The good-looking defendants were twice as likely to avoid prison than others. The halo effect example here shows yet another setting where the bias thrives.

Indeed, this aspect of the halo effect is so strong that compliance practitioners can be shockingly transparent and vague in their efforts and still be successful using this tactic.

Joe Girard was acknowledged by the Guinness Book of World Records as the world’s greatest salesperson, having personally sold over 13,000 Chevrolets during the 1960s and 70s. Clearly, he was a compliance practitioner par excellence. But what was his secret?

Every month, he would send his customers (numbering well into the thousands) a greeting card with the same message: “I like you.” That’s it. No variation on the message, no further detail than that. And with Joe’s track record of success and humans’ known susceptibility to flattery, he was very likely on to something.

In one study, men were given comments by someone who they were told needed a favor from them. The comments given were either positive, negative, or neutral.

The evaluators who gave the men pure praise were rated as the most-liked, even though the men knew that the praiser had an ulterior motive. Going even further, the subjects still gave these evaluators high marks for likeability even when the compliments they received were completely divorced from reality. Apparently, praise doesn’t have to be genuine or even accurate for us to be susceptible to it. The halo effect theory may extend to likeability just from knowing the person praises you.

The Halo Effect: Why You’re Shallower Than You Think 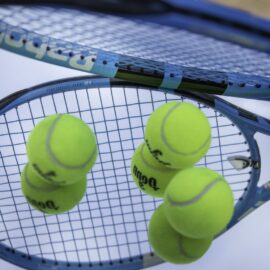