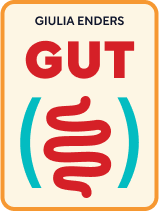 This article is an excerpt from the Shortform book guide to "Gut" by Giulia Enders. Shortform has the world's best summaries and analyses of books you should be reading.

What is the connection between gut health and mental health? How do gut bacteria influence your mood?

One of the emerging fields of research in gastroenterology (the study of the gut) is the connection between gut health and mental health. While most of these studies have been done on animals, there have been some human studies that show certain bacteria can decrease depressive moods.

Keep reading to learn more about how gut health can affect your mental health.

Some scientists believe that the composition of our gut bacteria can impact our susceptibility to stress, anxiety, and even depression. Let’s explore the connection between gut health and mental health.

According to Enders, studies conducted on mice and rats have shown a strong connection between the gut and the brain. One study, conducted in 2011, found that mice with healthier guts showed fewer depressive tendencies, performed better on memory tests, and produced fewer stress hormones.

Another study found that gut health affected mice’s personalities. Researchers used two species of mice: one that was more gregarious and curious, and one that was shyer. They switched the species’ gut bacteria and found that these personality traits reversed. A further study, conducted in 2016, took bacteria from humans with depression and put them into rats. They found that the rats exhibited symptoms of depression.

These studies demonstrate a connection between the gut and the brain in mice and rats. However, Enders is careful to note that we can’t automatically translate these results to humans.

While most of our knowledge of the connection between gut health and mental health comes from research on animals, Enders does cite several studies with human participants. One study found that the presence of the bacteria Bifidobacterium bifidum slightly reduced anxiety before a test, but only in subjects who did not sleep well. Another study found that participants who took probiotics—a supplement of helpful bacteria—for three to four weeks saw a slight increase in mood. However, a third study, conducted in 2017, found that sustained probiotic use had no effect on depressive symptoms. Overall, Enders maintains that these individual studies are inconclusive and that more research is required.

Updates on the Gut-Brain Connection

Since Enders published the updated edition of Gut in 2018, further research has confirmed and extended her claims. Here’s a brief update on scientists’ understanding of the gut-brain connection.

For studies conducted on animals, the sources that Enders cites suggest a connection between gut health and depression, memory, stress, and personality. Further animal studies have largely confirmed these findings. For example, a 2020 study found that a probiotic regimen in rats reduced depressive symptoms and elevated the activity of neurotransmitters in the brain. Other recent studies have found that a healthy gut can help reduce anxiety and chronic stress in mice.

Meanwhile, studies with human participants have continued to show a connection between the gut and mental health, although the extent of that connection is still unclear. There’s more evidence that probiotics can help in the treatment of depression: A 2019 study found that the probiotic Lactobacillus Plantarum 299v improved cognitive functions such as reasoning, memory, and learning in patients with depression. The authors recommended probiotic use as a supplement to depression therapy.

Furthermore, in a 2020 study, researchers at the University of Oxford found a correlation between the composition of gut bacteria and personality traits in humans. According to the study, participants with high populations of the bacteria Lactococcus, Akkermansia, and Oscillospira tended to be more extroverted and communicative. On the other hand, less sociable people tended to have higher populations of the bacteria Desulfovibrio and Sutterella. The researchers’ results are the first to show a connection between personality and gut bacteria composition in humans.

Like what you just read? Read the rest of the world's best book summary and analysis of Giulia Enders's "Gut" at Shortform.

Here's what you'll find in our full Gut summary: 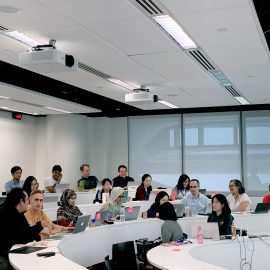 Cultivating Confidence: Use Your 20s to Build Skills 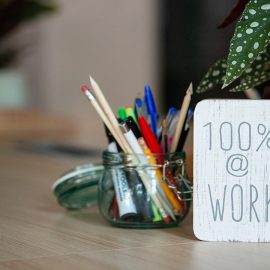