The future of our species may be relatively short, not because we cause ourselves to go extinct, but because we become an entirely new species. This is the future of humanity.

We’ll cover the various scenarios of intelligent (man-made) design replacing natural selection: biological engineering, cyborg engineering, and inorganic life engineering. Then we’ll discuss the ethical problems that we face today, and we’ll face even more urgently in the future, as the future of humanity is increasingly dependent on the expert few.

The Future of Humanity: Birth of a New Species

For almost 4 billion years, species have evolved according to the principles of natural selection. For example, proto-giraffes who had longer necks than their contemporaries could reach higher branches and access more food. Therefore, they had a better chance of survival and passing on their genes. According to science, this wasn’t the product of intelligent design. It was the product of surviving animals passing on the characteristics that led to their survival.

For the last 4 billion years, species, including Sapiens, have been constrained by these laws of natural selection, but today, we’re on the brink of replacing natural selection with intelligent design. This is the future of humanity.

With the Agricultural Revolution came a huge leap forward in the move from natural selection to intelligent design. This is when Sapiens started mating animals. Rather than merely wishing for slow, fat chickens, a sapiens could mate a fat hen with a slow cock to produce, fat, slow offspring. In this way, Sapiens sped up the natural selection process, manipulating what characteristics it selected. Still, Sapiens had no way to give entirely new traits to chicken offspring. They had to work only with the traits that arose naturally in chicken.

Today, scientists can introduce new traits into species, traits that species didn’t contain in the wild. For instance, in 2000, French scientists implanted a gene from a fluorescent green jellyfish into a rabbit embryo to create a fluorescent green rabbit. These same advances may soon be accessible to humans. What does this say about the future of humanity?

All the revolutions, from the Cognitive Revolution to the Industrial Revolution, have been momentous, but none except the Scientific Revolution has altered our biology. This may be the most important revolution in our biology in the history of life on earth.

In the future of humanity, intelligent design could replace natural selection in one of three ways (or a combination of the three): biological engineering, cyborg engineering, or inorganic life engineering. We’ll look at each in turn.

Researchers are even planning to bring back to life species that are long extinct, including Neanderthals.

It’s true that we’re on the brink of being able to tinker with genetically engineering humans. This could potentially turn us into a different species altogether. Many people have ethical objections to this possibility, but those objections probably won’t stand in the way for long. For instance, if we discover a way to cure Alzheimer’s that also happens to improve the memories of healthy people, will ethics and politics really be able to keep healthy humans from taking advantage of this discovery? Still, these ethical questions will play a huge role in the future of humanity.

Today, most of us are cyborgs: We have pacemakers and hearing aids, and even cell phones and computers have become a part of us, storing and processing data and therefore relieving our brains of those tasks. In this sense, the future of humanity is already here.

The most ambitious current cyborg project aims to create a brain-computer interface that would allow two-way communication between the two. This brings up all sorts of questions about how we define identity. If we can download our memories to a collective memory bank and then directly access the memories of others, remembering experiences as if they had happened to us personally, what does this mean about the nature of the self? What would define your sense of self if everyone could have the same experiences you did by accessing your external memory? These are the questions future of humanity will face.

This is when researchers create beings out of completely inorganic materials. This life could evolve independently of the person who created it. For example, computer programs that learn and evolve on their own would be examples of inorganic life engineering.

Potential, imminent advances in this field make us question how we define “life.” If we can download the contents of our brains onto a hard drive and then run that hard drive on our laptops, does the laptop now “think”? Does it feel? If it does think and feel, is it you thinking and feeling (it’s your brain, after all). If it’s not you, who is it? Does this still count as “humanity”?

These are questions we just don’t have answers to yet, because this is the first time in history we’ve had reason to ask them. They will start to come up more often in the future of humanity.

Even though some of these advances are far in the future of humanity, we’re already dealing with the consequences of biological engineering, cyborgs, and inorganic life. Landmark advances in DNA mapping force us to ask questions now that will be even more relevant tomorrow.

The Danger of Inequality

We could be in the process of creating the most unequal society in history. Unfortunately, this may be the future of humanity. The richest have always felt they were the smartest and most capable, but throughout history, this has generally been a delusion. Now, we’re approaching an era in which you could pay to increase your intelligence and give you superhuman skills. The rich and powerful might actually become objectively smarter and more skilled than the rest of humanity.

Important Questions to Ask Ourselves Now

We can’t predict the future of humanity. When Apollo 11 landed on the moon, people predicted we’d all be living on Mars by now. We tend to predict one thing and then history moves in an entirely different direction. For instance, no one predicted the Internet.

Our current political dramas and social conflicts will be irrelevant to our superhuman successors. As a different species, they may have little interest in Christianity or Islam, Communism or capitalism, or even gender. This species may not even be human.

The only value our current debates will have in the history of our species is their ability to shape the ideas and values of the designers who will create our successors. The important thing to ask now, as this design gets underway, is, “What do we want to become?”

But even our wants may change. Scientists may soon be able to manipulate our desires. Perhaps the better question is, “What do we want to want?”

In the history of humankind, this has been an enduring problem: we don’t know what we want. We’ve reduced famine and war, but we haven’t reduced suffering, our own or that of other species. We’re as discontent as ever and we don’t know where we’re going or what we want the outcomes to be. This is a recipe for disaster. It may continue to plague us in the future of humanity. 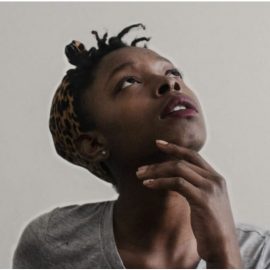 What Is a Good Woman? An Uncommon Answer 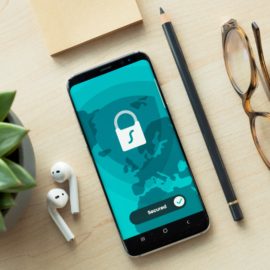 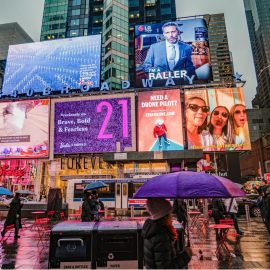 Everything Wrong With Woke Companies