What is the future of the English language? Do you think English will become more diverse or more uniform?

Around 1.5 billion people around the world speak English—roughly 20 percent of the global population. According to linguist scholars, the most likely trajectory for the future of English is its homogenization to conform to the way it is spoken in the U.S.

Keep reading to learn about the future of English.

What Is the Future of the English Language?

In the United States, there have been many attempts throughout the years to “protect” the English language from the perceived threat from foreign influences. Interest groups have sought to establish English as the official language (at least for government use) in cities, states, and even at the federal level. These groups claim that linguistic divisions have historically led to strife in other countries (like Belgium and Canada).

There is some truth to this claim because language is one of the main things that divides human societies from each other. The struggles between Flemish- and Walloon-speakers in Belgium, the Québécois separatist movement pitting Anglophone and Francophone speakers in Canada, and the persecution of Esperanto speakers in fascist states in the early 20th century all attest to language as a hot-button issue.

These same groups, however, ignore the reality that government attempts to encourage the survival and spread of minority languages usually fail, because the evolution and death of languages is an organic process. Indeed, despite the heavy efforts of the Republic of Ireland to keep the Irish language alive, only 4.2 percent of the population speaks Irish daily, according to the country’s 2016 census.

More to the point, efforts to “protect” English are entirely unnecessary. Learning English confers such powerful social and economic advantages that few non-native speakers in America or any other English-speaking country would deliberately choose not to learn it. The language is in no need of “protection.”

So what is the future of the language? Will English remain a global language forever? Perhaps, but English speakers should never be reduced to complacency by the seeming triumph of their language. Things can always change, and the supremacy of English may one day be supplanted by a rival claimant.

With America’s powerful economic and cultural influence over the world, the most likely trajectory seems to be a homogenization of English to conform to the way it is spoken in the United States. These trends are reinforced by the mass media, which exposes us to dialects of speech that we would never have otherwise heard. Thus, a melting pot of English, rather than a polarization of different dialects, looks to be where we’re headed.

On the one hand, this is positive. Americans, Britons, Australians, Canadians, and all other English-speaking nations will understand one another better, creating stronger conditions for political, social, and economic cooperation. But, on the other hand, something irreplaceable would be lost—the variety and flavor of our rich and beautiful language. 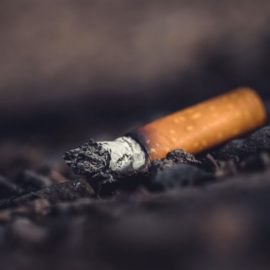