What does a fundamental analysis of investing options involve? Does this method of stock valuation work?

Fundamental analysis is a method of stock valuation that uses in in-depth study to determine a stock’s value.  Fundamental analysis of investing options takes into account a number of factors in addition to past price movement, including revenues, growth rate, and management skills.

Find out more about fundamental analysis and investing below.

What Is a Fundamental Analysis of Investing Options?

Whereas technical analysis focuses exclusively on the movements of a stock’s price, fundamental analysis attempts to predict a firm’s future earnings and dividends by in-depth study. Fundamental analysts pore over firms’ balance sheets, earnings reports, and tax rates; they even, on occasion, pay personal visits to companies to assess their management teams.

Fundamental analysis of investing options also studies the industry in which a company is operating. This is to understand what is making current companies successful in that space—so they can recognize an innovator when it comes along.

Investors using fundamental analysis for investing adhere to four principles when choosing to buy a stock. These principles are derived from four evaluative factors.

A company’s growth potential is arguably the most important factor in determining a stock’s value. This is because of compounding: the fact that dividends can be reinvested in a stock to increase returns. For example, if a company is paying a dividend of $1 today but dividends are growing at a rate of 25%, you stand to see a dividend of $3.05 in year five (rather than $2.25).

One shortcut for estimating a company’s growth rate is to look at its price-earnings multiple. Studies have shown that high P/E multiples correlate with high expected growth. In addition to providing an idea of a company’s growth potential, P/E multiples also allow for useful comparisons within industries. For example, if a particular pharmaceutical stock has a P/E multiple of 50 when most of its competitors are in the teens, you might wonder if that stock is overpriced.

Generally speaking, the fundamentalist investor will pay a higher price for stock in a high-growth company (especially if that company is built to last).

If two companies have the same expected growth rate (in other words, the same or similar P/E multiples), the fundamentalist investor will pay a higher price for the company that disburses a higher proportion of earnings as dividends.

Principle #3: Accept a Higher Price the Less Risky the Stock

Stock prices often reflect the relative risk of an investor’s stake. For example, a “blue chip” stock—that is, stock in a well-established company more or less resilient to recessions—will sell at a premium, whereas shares in an unproven company will likely be cheaper.

Fundamentalist investors examine the swings in a company’s stock price over the course of several years to determine whether the company is a risky bet. If the price typically trails the market in both up- and downturns, then that’s a stable stock worth its premium. If a stock outstrips the market in both bull and bear situations, then that’s a stock a risk-averse investor would want to avoid.

Principle #4: Accept a Higher Price the Lower Interest Rates Are

Investors invest to realize a return—that’s why the inherent risks of the stock market are tolerable. If you stand to make a competitive return in some other asset—corporate or Treasury bonds, for example—then you might be better served investing in those vehicles than common stock.

Caveats to the Four Principles

1) Remember: Future performance cannot be determined with exactitude. That is, past growth, dividends, price stability, and interest rates don’t guarantee similar performance going forward. No matter how detailed one’s analysis is, unforeseen circumstances can always make a mockery of expectations.

2) Precise measurements of value are impossible. Take, for example, Company X. After a granular analysis of Company X, you decide that the company can grow at a rate of 25% a year for 10 years, but its share price reflects 25% growth for 11 years. What do you do? Well, you can either pass on the stock—or simply change your calculation of constant growth to 11 years. The point is, calculations of the rate and amount of future growth are little more than guesswork.

3) Beware overpaying for growth. All investors want to see the companies in which they own stock grow, but the question is: How much should an investor be willing to pay for growth? Companies with growth potential will have larger-than-average P/E multiples—but, as the dot-com bubble illustrates, those P/E multiples can occasionally be castles built on (hot) air. Simply put, there’s no surefire way to know whether a large P/E multiple is justified. The best one can do is compare the current pricing of growth stocks with pricings in the past (see caveat #1).

Reason #1: The Inevitability of Randomness

No matter how lucid and well-founded a fundamentalist’s value determination is, he or she simply cannot account for randomness—the appearance of a groundbreaking technology, a new legal regime, or a “Black Swan” (surprise event) like a public-health or environmental emergency.

Financial history is littered with “sure things” derailed by randomness; even utility stocks, which are widely seen as some of the most consistent, are at the mercy of state authorities and global fuel dynamics. Cautionary tales are especially prevalent in pharmaceuticals. In 2013, Celsion Corporation lost 90% of its value due to a failed trial of a promising liver cancer drug.

Fundamental analysts stand by their valuations because they’re based on essential information about the relevant companies. But that means the valuations are only as good as the information underlying them. If a company fabricates a high quarterly earnings report through accounting sleight of hand, then the investor banking on that report may be in for a nasty surprise.

One obstacle to correct interpretations of firms’ revenues is the difference between “pro forma” earnings and actual earnings. Pro forma earnings are earnings excluding any “extraordinary” or “non-recurring” costs, which companies can define more or less how they choose.

Examples abound, especially within the last 30 years, of accounting malfeasance. Enron’s, of course, is the most notorious. But there are many other instances of bad-faith accounting, including Xerox, which padded its short-run profits by allowing international units to count long-term lease revenue as cash in hand.

Even when a fundamentalist’s data is solid, there’s still the possibility that he or she can make a mistake. Malkiel has a low opinion of security analysts’ perceptivity and critical thinking skills—he witnessed some egregious errors when he worked on Wall Street—and he puts little stock in their predictions.

His skepticism seems warranted when one considers analysts’ forecasting errors. A relatively recent miscue concerns General Electric (GE). By 2016, the company had minimized its financial unit and seemed to have gotten back to its core business after the 2008 financial crisis. Analysts rated GE shares a “strong buy”—a share was trading in the $30 range—and recommended it to conservative investors looking for a consistently high dividend. But by June 2018, GE’s CEO had been fired, its dividend was cut in half, and it had been dropped from the Dow Jones Industrial average. (Shortform note: As of June 2020, a share of GE traded for $7.31.)

It’s a curiosity of the financial services industry that talented security analysts don’t stay security analysts. If the analyst is articulate and agile in a conference room, he or she will end up a de facto salesperson, spending most of his or her time presenting to institutional clients. Or, if the analyst is truly outstanding, he or she is likely to be poached by a hedge fund to be a portfolio manager. This means that the people actually analyzing securities and making investment recommendations are often the B team.

In the 1970s, major banks’ retail and institutional investment divisions—that is, the departments responsible for individual and institutional clients’ money—were their primary sources of revenue. But as financial deregulation progressed in the ’80s and ’90s and discount brokerages came onto the scene, banks shifted their emphasis to investment banking: the provision of underwriting and advising services to major firms.

In isolation, this shift wouldn’t necessarily be a problem. But it’s become an issue because security analysts—whose valuations and recommendations are supposed to be objective—have been co-opted by their employers’ investment banking operations. Rather than providing their best judgments about companies’ prospects, even if those companies are clients of the investment bankers, analysts now fudge their work to bolster investment banking clients.

One way this moral hazard manifests itself is in the disparity between “buy” and “sell” recommendations. Contemporary analysts are hesitant to make “sell” recommendations for fear of alienating current or potential clients. One study found that analysts’ “strong buy” recommendations underperformed the market by 3% per month, and other researchers have found that analysts working for Wall Street firms without an investment banking business performed much better than those at firms with an investment banking division.

The Nail in the Coffin: Mutual Funds

Perhaps the most glaring piece of evidence for fundamental analysis’s shortcomings is the actively managed mutual fund. Mutual funds are helmed by the most talented and respected finance professionals in the industry, and the funds they manage typically charge hefty commissions to benefit from those managers’ expertise.

Unfortunately, according to numerous academic studies, investors in actively managed mutual funds would have done just as well over the long run having invested in a passively managed index fund. For example, from 1992 to 2017, the S&P 500 notched a return of 9.69%, whereas the average mutual fund’s return was only 8.55%.

In fact, scholars of finance have shown that rank amateurs picking stocks nearly at random can outperform professional portfolio managers and the major stock indexes alike. For example, one study took a famous line of Malkiel’s—that a “blindfolded monkey throwing darts” at stock listings could be as successful as the professionals—and simulated it: Working with a “universe” of 1,000 stocks, the researchers randomly generated 100 portfolios of 30 stocks each for every year from 1964 to 2011. Incredibly, for each year, 98 of the 100 randomly generated portfolios performed better than the index of the 1,000-stock universe!

Fundamental Analysis and Investing: Does It Work? 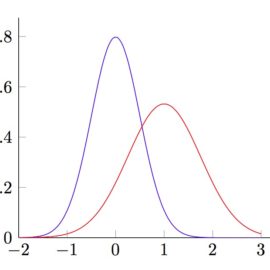