What are the habits of the frugal millionaire? Why are there so many frugal rich people?

The frugal millionaire next door shuns an extravagant lifestyle and instead practices frugal habits such as living below your means, budgeting, and saving money. There are many frugal rich people because they didn’t get rich through wasteful spending, they got rich by smartly investing their money.

Read more to discover the habits and quirks of the frugal millionaire.

Who Is Your Typical Frugal Millionaire?

The lifestyle of the typical frugal millionaire lifestyle wouldn’t make a popular TV show: it could be described as nondescript middle class, which wouldn’t be interesting to most people. Frugal rich people don’t stand out in their neighborhoods. The watchwords of a frugal millionaire are hard work, discipline, frugality, and smart investment.

In football terms, a frugal millionaire plays both great offense and great defense. The frugal millionaire moves the ball by generating income and by smart planning and budgeting, and they and their families hold the defensive line by controlling their spending. Both mindsets help them build wealth for the future.

It’s important that everyone in the household have a frugal mindset—a family can’t accumulate wealth if anyone is a compulsive spender. Wealth-building habits can’t coexist with wasteful habits.

One important way the wealthy benefit from spending less and investing more is that this lowers their taxable income. Indeed, a rule that frugal millionaires live by is that to build wealth, you need to minimize your taxable (realized) income and maximize your nontaxable income (assets that grow without generating taxable income).

Paying income tax is the biggest expenditure for many households. High-income spenders pay the most in taxes because they focus on increasing their earned (taxable) income to support a consumption-oriented lifestyle. They can’t accumulate wealth because their taxable income is too high. In contrast, the typical millionaire may be cash poor due to investing 20% of her annual income in financial assets that appreciate without generating taxable income.

Yet there are prodigious accumulators worth $2-3 million, who have annual realized incomes of $80,000; they’re living on 6.7% of their wealth.

Remember that every dollar you spend is taxed. For example, you need $100,000 to buy a $68,000 boat, which is why few millionaires buy boats—they prefer to invest their money rather than allowing it to be taxed. They forgo spending to build wealth and ultimately achieve financial independence.

Along with minimizing taxable income, many millionaires avoid buying expensive homes. A sensible rule for everyone is don’t assume a mortgage that’s more than twice your annual realized income. Living in a less expensive home enables you to spend less of your income and invest more to build wealth and minimize taxes.

The Short-Term Thinking of The Extravagant High-Income Earner

The goal of many high-income under-accumulators is to be “better off” than their parents. This means having a larger home, driving luxury cars, acquiring all the status symbols, and sending the children to private schools.

Their focus is spending and appearing to be wealthy in the present, not accumulating wealth for the future. They work hard and spend what they earn to prove themselves and combat feelings of social inferiority, but they’re more stressed than happy.

Despite striving to be better off than their parents, these under-accumulators share their parents’ view of money: spend it when you have it. Their parents spent it on momentary pleasures such as unhealthy food, alcohol, and smoking. They believed that the purpose of earning money was to spend it—never to save or invest it. If they wanted more, they found a way to earn more.

Extravagant high-income earners and their parents often believe they don’t have enough money to invest. Yet many people spend vast amounts of money over a lifetime on wasteful habits, such as smoking several packs of cigarettes a day.

When you add up what seem like small daily expenses, they become huge expenses.

Smokers would be better off kicking the habit and investing the cost of three packs a day in tobacco company stock. Investing the amount spent on a 40-year smoking habit would eventually create a portfolio worth millions.

If they changed their behavior, many high-income under-accumulators of wealth who never learned from their parents to be frugal and invest could become millionaires. Like kicking the smoking habit, they have to be serious about changing their spending habits. In addition, they need the assistance of a professional accountant or financial planner who can help them create a budget and follow it.

The Frugal Millionaire: More Common Than You Think

How to Incorporate Exercise Into Daily Life

What Is the Best Time to Buy and Sell Stock? 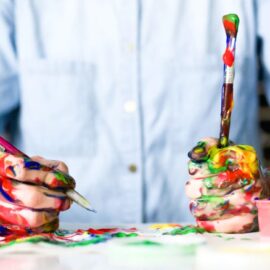 Creative Procrastination: Choose What to Ignore 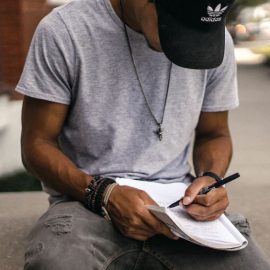