What is the first stage of an industrial revolution? How does this first stage lead to later developments?

The first stage of an industrial revolution is irruption. An irruption refers to a sudden forceful rushing in of ideas or technology.

Read more about the first stage of an industrial revolution and what it means.

The First Stage of an Industrial Revolution

It helps to start from the end of the previous revolution, which offers the gestational environment for new innovation.

At the dawn of the new revolution, the previous revolution has played out.

However, the previous revolution approaches the exhaustion of profitable opportunities.

Keep reading to find out the first stage of an industrial revolution.

(Shortform note: irruption is defined as “a forcible and violent rushing in,” as opposed to eruption, which a rushing outward. This reflects Schumpeter’s notion of creative destruction, where the economic structure is revolutionized from within, destroying the old while creating the new.)

The big-bang event offers a visible attractor for investment, sparking the imagination of engineers and entrepreneurs. This technological breakthrough offers new cost-competitive possibilities in a sluggish landscape. This is a 0 → 1 event and the first phase of an industrial revolution.

The powerful firms from the previous revolution will use the innovation as a new lease on life and become testbeds for the new technology.

But many innovators are likely to come from outside the prevailing paradigm. They do not hold onto the past and so can explore unfettered.

The new revolution looks to have far higher profit-making potential than the prevailing paradigm. And so financial capital develops a heated love affair with the emerging production capital.

The prevailing paradigm is still wedded to the previous revolution during the first phase of the industrial revolution. Thus, tensions arise between:

Unemployment is high, from sources like stagnation and technological replacement. 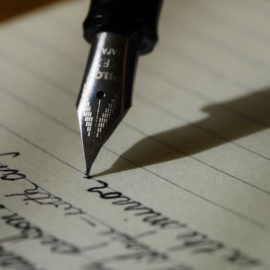 Invention of Writing: Created to Record Data, Help the Brain

The Culture of Poverty Theory is Based in Racism