This article is an excerpt from the Shortform book guide to "Designing Your Life" by Bill Burnett and Dave Evans. Shortform has the world's best summaries and analyses of books you should be reading.

Hoping to find your dream job? Do you know how—and where—to look?

Traditional job searches work to an extent, but they have their problems. The better way to find your dream job is to plug into the hidden job market. Your ideal job might not be advertised, but there’s still a way to find it.

Read more to learn a better way to find your dream job.

The Hard Way to Find Your Dream Job

The best route to fulfilling work is not through the want ads—the route that most people take. But if you still want to try this route to find your dream job, you’ll learn how to recognize what’s wrong with most job ads, how to understand the mindset of hiring managers, and how to tailor your application materials for best effect.

Defective belief: My focus should be on my need for a job.

The Problem With Internet Job Listings

The Internet is the most popular source for job searches these days. It’s also a massive waste of time. Although thousands of jobs are posted each week, most of the really great jobs never show up. Instead, they’re filled internally without ever being publicly shown. Only about 20 percent of available jobs are posted on the Internet (or posted anywhere). So you’re not even seeing the dream jobs that you’d like to apply for.

Moreover, a large number of published job ads are actually meaningless “phantom jobs.” They’re published only to meet some company requirement for posting a job externally before it can be filled. In reality, the company has already selected someone, and they wrote the job description to that person’s qualifications.

This accounts for the fact that fewer than half the job applications submitted through the traditional route (revise your resume, write a cover letter, and apply) ever get a response.

The Problem With Job Descriptions

Then there are the problems built into job descriptions themselves. Often, these descriptions are written by someone who doesn’t understand the job, which may be why such descriptions rarely describe what a job really requires to be successful.

The Problem With Hot Companies

Another problem is introduced by the presence of hot (or cool, depending on your metaphor) companies such as Google and Apple—the places everybody wants to work. These companies distort the hiring arena because, with their immense popularity, they actually do have the ability to find those demigod candidates. This means good people frequently get rejected. The companies can afford to be cavalier about the common error of mistaking great candidates for lousy ones, since they always have an endless supply of new applicants.

How to Stand Out

Having said all that, there are still things you can do to improve your chances of finding your dream job if you want to use the conventional approach.

Using these tips, which clue you into the mindset of hiring managers and interview committees (and HR screening software), can increase your chances of finding your dream job if you choose to follow the traditional route.

The Better Way to Find Your Dream Job

You’ve just learned about the problems with the conventional approach to job searching, and you’ve gotten some tips for increasing your chances if you do go that route. Now you’ll learn a far better approach to find your dream job: the approach of tapping into the hidden job market. This involves using the prototyping technique of life interviews combined with effective networking practices. You also may need to reframe your core idea of job seeking.

Defective belief: My dream job is “somewhere out there,” waiting for me in the world.

The first step in finding your dream job is to give up your idealized notion of a dream job. There’s no magically “perfect” job for anybody. What really exists are interesting jobs at worthy organizations with good people. At least a couple of these are ones that you could make close enough to “perfect” to love them for a long time. You just can’t see them right now because they belong to the hidden job market.

Using Life Interviews to Plug Into the Hidden Job Market

The purpose of a life interview isn’t to find a job but to learn about some kind of work to understand whether you’d like to do it. The wonderful thing is that job offers often occur as a side effect of these conversations, and many times they’re from the hidden market. Often when an interviewee sees your genuine interest, they’ll let you know of available positions, whether published or not: “You seem interested in our work, and you seem qualified. Would you ever think of working at a company like this?” (You can also tilt the conversation in that direction yourself, using a strategically open-ended question: “I’m fascinated by your work and the people here. What steps would it take for somebody like me to become part of such an organization?”)

The story of Kurt illustrates the superiority of this approach over the traditional job hunting method. Kurt moved to a new town with his master’s in design from Stanford and began seeking work in the sustainable architecture field. He sent out applications to 38 jobs that he found on the Internet. From these, he received eight standardized rejections and 30 non-responses.

Then he applied design thinking and started conducting life interviews—56 in all—to prototype his possible futures. He focused on people and jobs that he found genuinely interesting. This resulted in seven different job offers, six of which weren’t publicly posted, and one of which was an authentic dream job. For six of these, he didn’t have to ask; his interviewees volunteered the information. In his final interview with the board of directors for the dream job, he had already established good relationships with three of five members through his life interviews.

Kurt was so successful in lining up life interviews because he used good networking techniques. To follow his example, you first have to let go of any negative emotional connotations that you may attach to the idea of networking. Think of networking simply as asking someone on the street for directions to an unfamiliar address. Most people want to help. They don’t feel used or annoyed.

Here’s how this kind of networking gives you access to valuable opportunities:

When you use good networking skills, that’s when the Internet actually becomes valuable, because that’s when you can start putting resources like Google and LinkedIn to good use.

Finally, cap your exploration of the hidden job market by making a critical distinction in your job-searching activities: Since the defectiveness of job descriptions means you can’t really know what most jobs are about just from reading about them, adopt the mindset that you’re not looking for a job but looking for job offers. This will expand your horizons. It will shift you into a curiosity-based state of mind that leads you to investigate and evaluate opportunities with genuine interest. It will change the jobs you consider, how you write resumes and cover letters, and how you approach job interviews. It will motivate you to put life interviews and exploratory experiences to truly good use. All of this in turn will make you more attractive to potential employers who sense your interest in them, and you get ever closer to finding your dream job.

Find Your Dream Job: Tap Into the Hidden Job Market

Like what you just read? Read the rest of the world's best book summary and analysis of Bill Burnett and Dave Evans's "Designing Your Life" at Shortform.

Here's what you'll find in our full Designing Your Life summary: 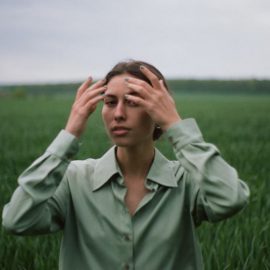