“Feedforward” is the opposite of “feedback”—it is practical advice on what you can do to improve your behavior even further moving forward. Requesting feedforward from your colleagues can help you improve as a manager and foster a stronger relationship with your employees.

Here’s how to request and practice feedforward feedback.

Following Up and Requesting Feedforward

Following up involves approaching your colleagues on a regular basis—say, once a month—to ask them how they think you’ve progressed in your attempts to change so far. For example, you could ask your colleagues the following question:

“You might remember that last month, I made a commitment to make fewer harmful or hurtful comments to colleagues. In your opinion, how well am I doing in my efforts to change? Do you think I’ve made progress or not?”

Following up with your colleagues has two major benefits. First, it gives you a way of measuring your progress so far. Based on your colleagues’ responses, you’ll be able to tell whether you’re heading in the right direction in terms of eradicating your bad behavior, or if you need to start putting a bit of extra effort into the process.

Second, following up helps to improve your colleagues’ opinions of you. By asking for their thoughts on your behavior, you’re demonstrating that you value their input. People are much more likely to think well of you if you make them feel valued and appreciated.

Likewise, following up with your coworkers gets them thinking about how much better your behavior has become—assuming it has gotten better, of course—and helps to quash any lingering skepticism they may have about whether or not you can really change. Once your colleagues realize that you really have improved upon your prior bad behavior, their opinion of you is likely to become more positive.

Following Up With Yourself

in What Got You Here Won’t Get You There, Marshall Goldsmith argues that as well as following up with your colleagues, it’s important to follow up with yourself—to constantly reflect on how you think you’re doing with the process of change, possibly as frequently as daily. Doing this has two main benefits:

If you think you’ll struggle to find the time to follow up with yourself or that you won’t be disciplined enough to regularly self-reflect, enlist someone—someone who is supportive, and who you can easily get in contact with—to act as your self-reflection “coach.” This “coach” could be a colleague, a manager, a friend, or even a family member. Their role is to contact you regularly—for example, Goldsmith’s coach calls him every day, but you could make it a once-or-twice a week meeting—and ask you how you think you’re doing with the process of changing your bad habit. This frequent questioning will force you to follow up with yourself and evaluate your progress.

At the same time as following up with your colleagues, you should ask them whether they have any “feedforward” for you. “Feedforward” feedback is practical advice on what you can do to improve your behavior even further moving forward. It differs from feedback because while feedback focuses on identifying the mistakes of your past, feedforward considers how you can behave better in the future.

When soliciting feedforward, you should ask your colleagues to identify two actions they think you should take going forward to further tackle your bad habit. For example, you could say, “My bad habit is getting angry. While I’ve already improved a bit on this score, what are two things I can do in the future to avoid this behavior even more effectively?” The person’s response might be “First, use breathing exercises to remain calm in stressful situations. Second, leave situations that you feel are starting to aggravate you.”

Goldsmith insists that you’re not allowed to respond to feedforward in any other way than simply saying “thank you.” For instance, don’t pass judgment on how good the person’s ideas are, or argue with their suggestions for improvement if you think they’re bad. As you’ve already learned, responding in such ways are bad habits in themselves! Just show gratitude for your colleague’s input, note down the ideas they’ve given you, and move on.

The Benefits of Soliciting Feedforward

Soliciting feedforward feedback has two main benefits. First, it gives you access to the knowledge of your colleagues: people who are probably full of good ideas on how you can further improve your bad behavior, but who won’t share these ideas unless they’re directly prompted to do so. They may worry that giving unsolicited advice, especially on such a sensitive topic as bad behavior, will come across as rude, arrogant, or uncalled for. Therefore, they’ll keep this useful advice to themselves unless you directly request it. Asking for feedforward gives your colleagues the opportunity to express their ideas in a socially acceptable way, thus giving you access to their insight.

Second, requesting feedforward forces you to stop thinking about the past and instead focus your efforts on building a better future. When you realize that you’ve been engaging in a bad habit and harming other people, it’s easy to spend a lot of time ruminating on the hurt you’ve caused and dissecting every mistake you made. However, this way of thinking isn’t that helpful in the long run. It won’t help you to figure out a positive path forward—it’ll just make you dislike yourself and your past actions. Meanwhile, feedforward encourages you to put the past behind you and instead implement people’s ideas about how you can improve in the future. It’s all about becoming a better person, not punishing yourself for who you were in the past. 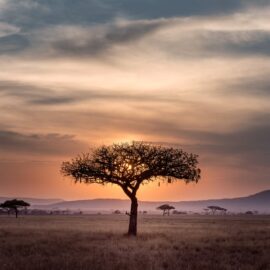 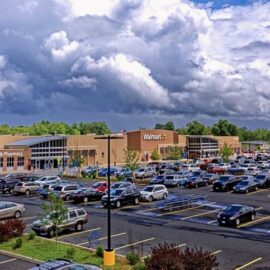 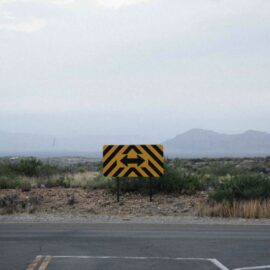