Federalist views on the Constitution are a balance between state and national government powers. The Federalist Papers supported the balance struck in the new U.S. Constitution.

Read on to understand the Federalist views on the Constitution.

Federalist Views on the Constitution

Having outlined the general principles of the new Constitution, we can now look at the structure of the federal government itself, exploring:

All constitutional forms of government have three branches:

A basic principle of republicanism is that the executive, legislative, and judicial functions must remain separate. Critics of the new Constitution argued that its provisions for the separation of powers were too weak and that the result would be a corrupt despotism.

But instead of striving for complete separation of powers (which was an impossibility), it was far more important to imbue the Constitution with the principle of checks and balances.

Federalist Views on the Constitution Versus the Articles of Confederation

The preservation of the Union was crucial for the security, liberty, and prosperity of the American people. But maintaining the Articles of Confederation was totally at odds with the goal of preserving that Union. The Federalist views on the Constitution valued the Union’s preservation.

As a confederacy, the Articles of Confederation created an association of independent states. It was an inherently unstable and weak form of government. The central government lacked the strength to perform important functions like raising an army, administering justice, collecting revenue, or regulating coinage, because the individual states were too powerful and could block any initiative.

The principal weakness of the Articles was one rooted in these general weaknesses that afflict all confederacies—the central government could act upon the states of which it was composed, but not upon the actual people of those states. The states, not the people, were the fundamental political units.

In short, the Federalist views on the Constitution see that it is a plan of government that promised to be far superior to the Articles of Confederation. The new Constitution aimed to create a stronger bond between the states, lay the foundation for national prosperity, establish a strong national defense, create a more efficient and energetic national administration, and safeguard the liberties of the states and the people.

But the Federalist views on the Constitution cautioned against hasty changes. It was prudent, instead, to let the merits of the new plan of government reveal themselves over time. Time and experience would prove the wisdom and effectiveness of the new, supreme law of the land. 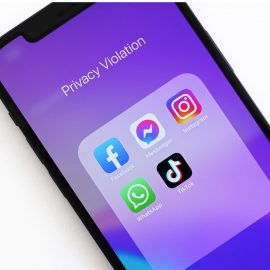