Who makes treaties for the US? What does Federalist 69 say about the process?

Federalist 69 is about the process of making treaties. The Constitution gives that power to the federal government, with the President negotiating and Senate ratifying.

See what Federalist 69 says about who makes treaties.

The Constitution expressly authorized the federal government to make treaties with foreign nations and regulate commerce with them. Federalist 69 supports this distribution of power. The national government was the only logical place to lodge this authority; under the Articles of Confederation (as we’ve seen), the individual states had a dangerous amount of leeway to conduct their own de facto foreign policies.

Perhaps the most historically significant foreign policy provision of the Constitution was the explicit authority it gave to the federal government to outlaw the international slave trade beginning in 1808. This was a great moral victory for the young nation.

(Shortform note: The Act Prohibiting Importation of Slaves of 1807 went into effect on January 1, 1808, thus extricating the United States from the international slave trade as soon as it was constitutionally permitted. A massive internal slave trade between the states, however, persisted until the final abolition of slavery in 1865.)

Who makes treaties? The first step comes from the President, who negotiates the treaties. The presidency, the chief executive of the federal government, was perhaps the most controversial and hotly contested feature of the Constitution. The president would have the power to:

Anti-Federalist critics argued that these powers rendered the office tantamount to a monarch. But, in reality, the office’s authority was heavily restricted by the provisions of the Constitution. The president’s veto could be overridden by a two-thirds majority vote in each house of Congress; treaties and executive appointments required Senate approval; he could not pardon offenders who’d been impeached; and he could not declare war or raise funds for an army without Congress. This important check on the President’s power was pointed out in Federalist 69.

The Senate, as the upper chamber, was designated with certain special privileges. One of the most important of these was its sole prerogative, via a two-thirds vote, to ratify treaties negotiated and submitted to it by the President. Federalist 69 discusses the checks and balances on making treaties.

As it would be composed of leaders with greater experience and superior judgment in international affairs, the Senate was the proper body to provide this advice and consent on treaties, according to Federalist 69. There would be a need to balance expediency and secrecy in matters of diplomacy. This was why the president would have sole authority to negotiate and draft treaties, but would require the approval of the Senate for them to become effective. 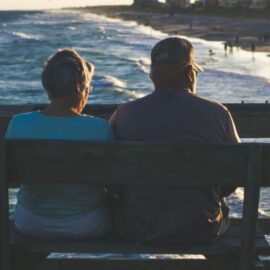 The Kiss Close PUA Tactic: How Style Mastered it