What do we mean when we talk about a fair negotiation? And is there such a thing as an objectively fair outcome?

People are powerfully guided by their expectations of a fair negotiation. This can mean three different things—two of them are underhanded tricks, and one sets the stage for open negotiation.

Read about fair negotiation and what it means.

People’s quest for fairness and their desire to reject unfairness can lead them to irrational choices. Knowing this can be a powerful advantage for you in negotiating.

What do we really mean when we talk about a fair negotiation? In negotiations, there are actually three uses of the term:

Fairness in Action: The Proposer/Accepter Game

The Proposer/Accepter Exercise is an excellent illustration of the perception of fairness in a negotiation. You start by splitting the class into two groups, each consisting of a “Proposer” and an “Accepter.” At the start of the exercise, the Proposer is given $10 and the Accepter is given $0. They are tasked with working out an arrangement to divide the money between them in round dollar increments. They both get nothing if they cannot agree on an allocation of the money.

What’s instructive is how wildly divergent everyone’s notion of what a “fair” split is.  No particular split gets chosen more than any other.

With an exception—there are very few $9/$1 Proposer/Accepter splits, even though this is the most “rational” division. After all, it’s the split most favorable to the Proposer and it’s still $1 more than the Accepter has before the game starts: it actually would be a classic “win-win.” That no one chooses this is an elegant demonstration of how negotiation is driven more by people’s subjective and emotional notions of fairness than of any sort of rational best-interest calculation. 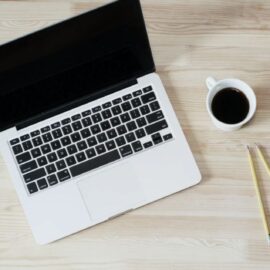