Were humans meant to exercise? Where does the human desire to exercise stem from?

It’s no secret that exercise is integral to maintaining optimal physical health and mental well-being. But staying fit and healthy is not the only reason humans practice exercise. Science says humans’ motivation to exercise is encoded in our genes.

Here’s what research has to say about the genetic aspect of exercise and motivation.

Exercise Motivation in Humans and Mice

Research on mice and humans suggests a genetic component to our desire to exercise.

Further research on exercise and motivation suggests that the way we process dopamine (which is a function of our genes) may play a determining role in our desire to exercise. In a follow-up experiment with the mice discussed above, when the group of mice who were bred to love running were given dopamine, there was no change to their running habits. However, when the group of mice who had been forced to run were given dopamine, they began to voluntarily run more, presumably because they began to enjoy it.

[Shortform note: Dopamine is a chemical that carries messages between our neurons. It is part of our brain’s “reward system” and helps us feel happy and satisfied. According to Psychology Today, dopamine improves our mood and increases our attention and motivation. Since dopamine makes us feel ‘good,’ we tend to seek out activities that release dopamine. (This may be why people with low levels of dopamine may be more susceptible to addiction). Having high levels of dopamine can make people more resilient and optimistic in the face of challenges. Exercise is one way to naturally increase dopamine production.]

Epstein cites testimony from several highly successful athletes (Herschel Walker, Floyd Mayweather, Haile Gebrselassie, and Pam Reed) who identify as having a relentless drive, or need, to exercise. Epstein notes that differences in the way our bodies process dopamine can make some people more susceptible to drug addiction, and suggests that there may be similar genetic reasons for why some people have an extra powerful motivation to exercise. The findings of several research studies support exercise motivation being a function of our genes. A large study of nearly 40,000 sets of twins estimated that between half and three-quarters of exercise motivation was genetic.

An article in Psychology Today discussing exercise addiction estimates that 3% of the general population and 25-52% of “long-term endurance athletes” may be addicted to exercise, with the highest rates of addiction occurring in triathletes, runners, and those who have an eating disorder. The article defines exercise addiction as feeling compelled to exercise even when it causes negative social, emotional, or physical consequences. The author cites seven symptoms of exercise addiction but notes that most exercisers can relate to some of these, and this does not necessarily constitute an addiction:

The takeaway from the article is that while exercise is an important part of a healthy lifestyle, it, like most things, should be practiced in moderation. The article even cites research suggesting that engaging in intense exercise for more than 17 hours a week may be just as unhealthy as not exercising at all! 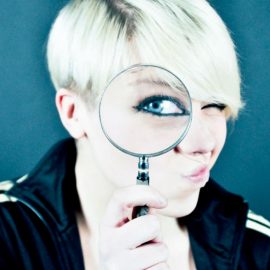 How to Apply Knowledge to Become Unstoppable