Is there evidence of Jesus’s crucifixion? What is the evidence, and how do we know?

Keep reading to find out more about evidence of Jesus’s crucifixion.

The crucifixion is an important part of Christian theology. But is there evidence of Jesus’s crucifixion.

Of course, even before Jesus undergoes the barbarity of crucifixion, he endures an incredible amount of psychological and physical distress. For example, as he prays in the Garden of Gethsemane after the Last Supper, his worry causes him to sweat blood—a detail that prompted any number of scoffs from skeptics. So how does this show proof of Jesus’s crucifixion?

However, Jesus’s sweating blood indicates a rare but known medical condition: hematidrosis. Hematidrosis occurs when severe stress causes capillaries in the sweat glands to break down, releasing tiny amounts of blood into the glands.

Hematidrosis also has a secondary effect: increased skin sensitivity, which would have made the flogging Jesus subsequently suffered at the hands of a Roman soldier even more painful.

As for the flogging itself, which breached Jesus’s skin and opened profusely bleeding wounds, it would have caused Jesus to go into hypovolemic shock. This is when a rapid and dangerous loss of blood causes weakness, fainting, and/or acute thirst. We see all three as Jesus carries the cross up to Calvary.

Given the viciousness of the whipping Jesus received before reaching the execution site, he was likely already in critical condition when he was crucified. How does this show evidence of Jesus’s crucifixion?

Those executed by crucifixion would typically die of asphyxiation. The crucified position causes the diaphragm to be locked in the “inhale” position; in order to exhale, the person on the cross would have to raise himself up, causing further damage to his feet and raking his back against the wood of the vertical beam. Once a person simply grew too fatigued to soldier on, the lack of fresh oxygen would cause respiratory acidosis—the acidification of the blood due to an excess of carbon dioxide. Respiratory acidosis eventually causes cardiac arrest.

It’s important to remember, however, that Jesus was likely already suffering from hypovolemic shock. This condition would have caused an elevated heart rate and a buildup of fluid around the heart and lungs. That’s why, when the Roman soldier confirmed Jesus’s death by stabbing him through the heart and lung, he drew out clear fluid (“water”) as well as blood (John 19:34).

Likely before, and certainly after, the Roman soldier stabbed Him, Jesus was medically deceased.

People often have question about the evidence of Jesus’s crucifixion.

Question 11.1: Why did the Roman soldiers break the legs of the two men crucified alongside Jesus, but not Jesus’s?

To speed up their death. By breaking the others’ legs, the Roman soldiers made it impossible for them to raise themselves to breathe, thus speeding along their asphyxiation. Jesus’s legs weren’t broken because he was determined already to be dead (which, of course, fulfills the old testament prophecy that Jesus’s bones wouldn’t be broken).

Although victims’ feet and hands were indeed bound by rope on occasion, archaeological discoveries have confirmed that spikes were used as well to bind people to the cross.

Question 11.3: The Roman soldiers weren’t doctors—how could they confirm with certainty that Jesus was truly dead?

Put simply, death was a Roman soldier’s business—surely they could tell when an enemy was deceased. There is also the fear-of-punishment aspect: If the Romans had erroneously let a prisoner escape, they themselves might have ended up on the cross.

Imagining the Counterfactual: What If Jesus Came off the Cross Alive?

For the sake of argument, let’s say the purveyors of the “swoon” theory are right, and that Jesus was actually still alive when he was taken down from the cross and entombed. That would mean, despite his grave physical condition, that he unwrapped himself from his burial garments, moved the rock from the mouth of his tomb, evaded the Roman soldiers standing guard over him, and somehow located his disciples. He would have had to walk long distances on shattered feet, with gaping wounds on his torso. It’s simply physically impossible.

But there’s another absurdity to this counterfactual. If Jesus had appeared to his disciples in critical condition, he never would have inspired awe and belief in his disciples; rather, they would have rushed to care for him. The fact that Jesus’s resurrection confirmed his followers’ faith—not to mention inspired a timeless and global movement—suggests that, when he appeared to his disciples, he appeared as a healthy man. So is this all evidence of Jesus’s crucifixion? Lee Strobel says yes. 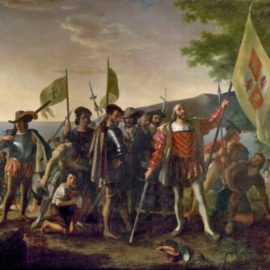 How the “Discovery” of America Sparked the Scientific Revolution 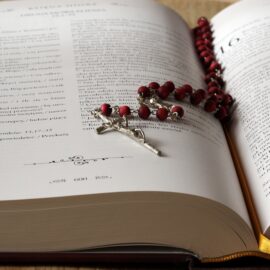 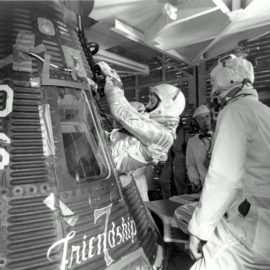 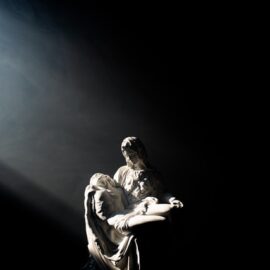