How did Edward Snowden start working for the CIA? Was the CIA Snowden’s top choice for government work? How did his time at the CIA influence his future leak?

Ed’s first contracting job was with COMSO. He was part of the CIA’s Directorate of Support and his job was to manage CIA server architecture. He would have access to all the systems that stored and accessed intelligence. He also had access to COMSEC (communications security), which involves the codes that are used to protect all CIA information. These codes are considered some of the most secret of the CIA’s secrets. At the time, for Edward Snowden, CIA access that was this extensive wasn’t indicative of a problem.

Ed worked the night shift with a man named Frank. Frank and Edward Snowden, CIA night shift workers didn’t have eventful jobs. Ed didn’t find the job too difficult and wrote scripts to do his work for him. This gave Ed most of his shift to do whatever he wanted, which was usually looking things up in the CIA intranet. This put him back in touch with his childhood curiosity with the Internet and his desire to know everything. The media might report a quote from an anonymous senior official, but in the CIA database, Ed could find the person’s real name and access their entire personal and employment history. He also searched for conspiracy theories like aliens and chemtrails.

Frank didn’t do much work and Ed eventually learned that the most important part of Frank’s job was doing a storage backup on a miniature tape format that was so old Ed didn’t recognize it. Tape backups are more reliable than digital technology, and Frank was one of the only people both old enough to know how to use them and willing to work a night shift. For Edward Snowden, CIA operations and issues were important to learn for his future career.

The COMSO role wasn’t enough for Edward Snowden. CIA databases showed Ed how international the CIA is and decided that he wanted to work abroad as a CIA employee rather than as a contractor. He applied for a CIA tech position and was accepted. Getting into the CIA required an Indoc session, just like for contractors, but as a government employee, Ed also had to swear an oath to the US Constitution.

The Hill is a training facility in Warrenton, Virginia, that teaches, among other things, the Basic Telecommunications Training Program. The Hill is central to the field communications network of the CIA, has two data centers, and is more important than CIA headquarters. Edward Snowden’s CIA training began at the Hill, where he became an official CIA employee.

In foreign countries, the CIA doesn’t want any outsiders working inside government facilities, so they hire TISOs to work at missions, embassies, or consulates. TISOs deal with all technical infrastructure ranging from computers to solar panels to security—anything that gets plugged in or has something plugged into it is their domain. Additionally, TISOs have to know how to both build and destroy a lot of these systems. If a location is under siege, the TISO is responsible for destroying all the data before getting out themselves and/or sending just-learned information home.

TISO is a CIA job instead of a State Department job, even though the State Department is the organization that actually owns the embassy buildings, because these days, embassies are primarily used for espionage. There’s no reason to have a physical presence in a foreign country now that airplanes and electronic communication exist. Embassies do some paperwork such as renewing passports or sending demarches, but they’re mainly used to legitimize intelligence gathering. TISOs are usually called “attachés.”

After exploring the CIA databases, Ed realized how international the CIA is and decided that he wanted to work abroad as a CIA employee rather than as a contractor. He applied for a CIA tech position and was accepted. Getting into the CIA required an Indoc session, just like for contractors, but as a government employee, Ed also had to swear an oath to the US Constitution.

Ed Snowden’s CIA training continued when he went on to train in intelligence. Ed went to the Hill to train to be a Technical Information Security Officer (TISO). Ed, like other students, lived in a dilapidated Comfort Inn hotel during the six-month training period.

Ed’s classes were about all things technology. For example, he once had to haul an eighty-pound suitcase of Cold War-era communications gear up the roof of a building. Then, using only a sheet of coordinates and a compass, he had to find CIA stealth satellites and send CIA headquarters a radio message. He also learned about Van Eck phreaking (mirroring someone else’s monitor), how to service cables (physical cables connecting agency sites underground and underwater), and terminals (computers). Ed’s was the last year that TISOs studied these older technologies. 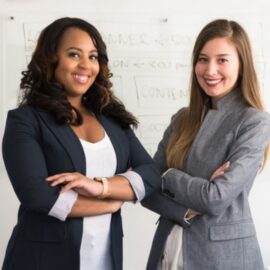