What exactly is the “pain-body”? How does identifying with your emotional pain-body prevent you from being present?

According to Eckhart Tolle, the pain-body is basically an accumulation of the painful experiences you’ve had throughout your life. When you identify with the pain-body by letting it consume your mind, you’re perpetuating its negativity even further, which traps you in the endless cycle of rumination and prevents you from being present.

Keep reading to learn about the concept of the pain-body, how and why it forms, and how it affects your perception and behavior.

(Shortform note: The “pain-body” is a term created by Tolle and heavily used throughout his works. Since the publication of his previous book, The Power of Now, the term has come to be widely used in the spiritual community as well.)

According to Eckhart Tolle, the pain-body not only stores these emotions but also feeds off them. So, the more we experience negative emotions, the denser and more reactive the pain-body gets, and the bleaker our emotional identity and perception of the world become. Additionally, the denser the pain-body becomes, the more it craves further negativity to sustain itself, and thus the more it seeks out, recognizes, and creates negative thoughts and emotions.

(Shortform note: According to Eckhart Tolle, the pain-body makes us prone to negativity. Experts call this phenomenon the negativity bias. Like Tolle, they explain that humans tend to be more prone to negative thoughts than positive ones, and that negativity has a cyclical function—when we experience negative events, we tend to dwell on them and remember them more easily, ultimately making us respond more strongly to negative stimuli in the future. However, rather than attributing this effect to the pain-body, they say that it’s because of human evolution—early humans were more likely to survive if they paid more attention to bad or dangerous things over good and harmless things.)

Like what you just read? Read the rest of the world's best book summary and analysis of Eckhart Tolle's "A New Earth" at Shortform.

Here's what you'll find in our full A New Earth summary:

Trauma Dissociation: An Out of Body Experience 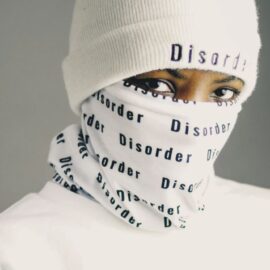 What Is CBT Used for? A Complete Guide to CBT