What were some of the major Disney controversies? How did Disney CEO Bob Iger handle these tragedies and scandals?

There were a few Disney controversies during Bob Iger’s time as CEO. Some of them included the alligator attack at the Grand Floridian hotel, the Me Too movement revealing sexual harassment, and drug abuse.

Keep reading to learn how Bob Iger dealt with these Disney controversies while maintaining integrity.

In June 2016, Bob Iger had been CEO of the Walt Disney Company for 11 years. He was now in China, ready to unveil Shanghai Disneyland, the culmination of 18 years of planning and work. Even among all of Disney’s gigantic projects, Shanghai Disneyland stood out—it cost $6 billion to build, was 11 times the acreage of Disneyland, and required countless negotiations with the Chinese government. Opening the park was meant to be a joyous event, a union of Disney’s ever-popular magic with an authentic Chinese flavor. Just as millions of American children hoped of going to Disneyland, now a new generation of Chinese children would have the same joy.

It wasn’t going to be smooth. Two Disney controversies would occur in quick succession that tested Iger’s composure.

First, the Sunday night before the unveiling, the Orlando nightclub shooting occurred just miles from Disney World, killing over 50 people. Concerned about whether any Disney staff were among the victims, Iger’s team quickly phoned the security team in Orlando to stay updated. They’d learn a few days later that two part-time Disney employees were killed, and other employees were friends of victims. Their trauma and grief team quickly went to work for affected employees. Moreover, they’d learn from investigators later that the gunman had originally intended to target Disney World, until apparently being dissuaded by the extra police presence who happened to be there because of a concert.

Second, the day before the unveiling, a 2-year-old boy was killed by an alligator at Disney’s Grand Floridian hotel in Orlando. That night, the family had been playing on the beach of the Seven Seas Lagoon, a man-made lake, and the child was near the edge of the water. An alligator attacked the boy and dragged him away.

In this Disney controversy, Iger felt deeply responsible. As the head of the company, he felt he should be the company’s voice in crises rather than a cold PR team, despite the possibility of complicating their legal liability. He wrote a statement about his experiences as a father and grandfather, and how that gave him just a glimpse into the pain of losing a child. He then tearfully called the child’s parents to offer his support; his parents begged him not to let their child’s life be in vain, to prevent this from happening to any other child. Iger promised to do this. Within a day, the Orlando security team put up fences and signs throughout the entire park.

The Shanghai Disney opening continued as scheduled, but it was the saddest day of his career due to back-to-back Disney controversies.

Me-Too and Bad Behavior at Disney

During the time that Disney was building its direct-to-consumer services and working through the Fox acquisition, another wave was sweeping through the media industry—the Me Too movement, revealing years of sexual harassment perpetrated by powerful men, most notably of which was Harvey Weinstein, a former Disney employee.

Iger called for HR policies enabling victims to come forward, share their stories, and ensure they wouldn’t be punished. In the fall of 2017, multiple Disney staff members complained about John Lasseter’s gratuitous physical contact, including unsolicited hugs and kisses, as well as inappropriate comments. Despite his critical role in Disney Animation, Iger knew they couldn’t compromise their values for money or there would be another Disney controversy. Lasseter was placed on a six-month leave, then ultimately left Disney and Pixar entirely.

The Me Too movement itself was part of a larger trend toward transparency and punishment for bad behavior. The very same technology movement that put Disney in jeopardy was the one that highlighted poor actors. In this stretch, Iger had to deal with two further Disney controversies:

This left Disney without key leaders in Animation and ESPN, but Iger didn’t hesitate to do what he had to. The integrity of the company was priceless. 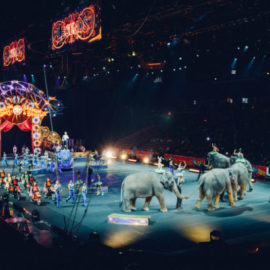 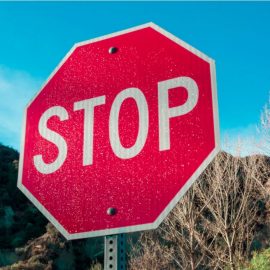