What life lessons can we learn from Charlie Munger’s speeches? Why is Warren Buffet so important in Munger’s life?

Charlie Munger’s speeches highlight moral character, hard work, focus, good partnerships, and a great sense of humor as the secrets to his success in life. His partnership with Warren Buffet is also crucial because Buffett serves as an invaluable ally for testing out his thinking.

Charlie Munger’s speeches show how much he cares about reputation—the reputation of Berkshire Hathaway, of its owned companies, and of himself. He desires integrity from people he works with and managers of companies he wants to acquire. Companies that have a trusted brand name have a competitive advantage that can persist over time. Trust takes a long time to build, and an instant to vanish.

Munger’s children contributed quotes in the Poor Charlie’s Almanack book. They comment on his nature—hard-working, perpetually reading, and absent-minded. But they speak well of his lessons on character, good decision making, and discipline. All seem grateful for the parenting.

His son, Charles Munger Jr. shared a teaching strategy that Munger used. He told a parable, where someone faced an ethical problem. He gave two endings, a good version where someone chose the right path, and a downward spiral tale, where someone chose the wrong path and suffered an endless series of catastrophes. One tale involved a manager who had made an accounting mistake that resulted in big losses. In the correct version of the story, he went to his boss and told him about the mistake. His boss understood, thanking him for admitting to the mistake and forgiving him, also noting that had he tried to hide the mistake, he would have been fired immediately.

Old age comes with declining physical health, but it comes with increased wisdom and comfort of a life well-lived.

It’s also important to do meaningful work. An admirable person works on outcomes that she will not survive to see.

Munger’s children and friends noted his ability to focus on the problem at hand. When he concentrates on a problem, he won’t even acknowledge someone who comes into his room.

Focus helps in business management too. General Electric CEO Jack Welch inherited a business that played in far too many fields, an approach he rejected: “To hell with it. We’re either going to be #1 or #2 in every field we’re in or we’re going to be out. I don’t care how many people I have to fire and what I have to sell. We’re going to be #1 or #2 or out.” (Shortform note: Steve Jobs would do the same to Apple when he returned, killing the many forms of unsuccessful devices to focus on only a handful, including the original iMac.)

Warren Buffett and Charlie Munger’s partnership is one of the most famous in the business world. They both have nice things to say about each other.

Buffett considers Munger an invaluable ally who tests his own thinking: The importance of this partnership was addressed in one of Charlie Munger’s speeches when he said, “Look for someone both smarter and wiser than you are. Ask him not to flaunt his superiority so that you may enjoy acclaim for many accomplishments that sprang from his thoughts and advice. Seek a partner who will never second-guess you nor sulk when you make expensive mistakes. Look also for a generous soul who will put up his own money and work for peanuts. Finally, join with someone who will constantly add to the fun as you travel a long road together.”

Munger joined Berkshire Hathaway as a second-in-command rather than an equal partner. Given that he had run his own investment firm before joining, others were surprised, but he didn’t mind it. “There are some people that it is okay to be a subordinate partner to…there are always people who will be better at something than you. You have to learn to be a follower before you become a leader.”

A funny story: Buffett would often call Munger to discuss a deal, and Munger would often respond in shock, pointing out any number of risks. After discussing them through, Buffett would usually admit that Munger was right and turn down the deal. But once in a while, Buffett would say that he was going to go forward with the deal anyway. And at some points, Munger would show how he really felt when he responded, “Warren, if you do it, could I have a percentage of it?”

In each of Charlie Munger’s speeches, he shows his wry sense of humor, which allows him to state otherwise controversial opinions in palatable ways. Here’s a sample of quotes (read the full speeches for more): 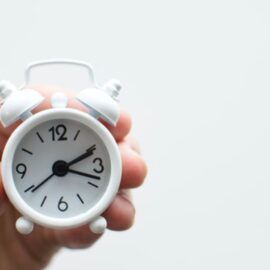 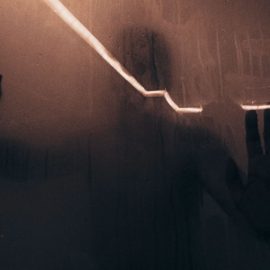 The 4 Characteristics of an Authoritarian Leader

4HB: The Experimental Lifestyle for a Better Body 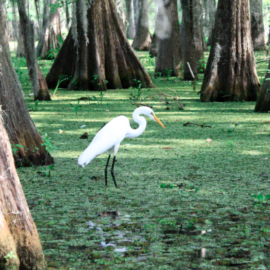