Who is Catherine Danielle Clark in Where the Crawdads Sing? How does she come to learn about her identity?

Tate taught Kya how to read sitting on a log near the beach. He brought old grammar books from school and worked with her on the alphabet. She learned to write each letter and make their sounds. Slowly and patiently (Tate was always so patient), she was able to form words and sound others out.

When she was finally able to read a whole sentence by herself, Kya beamed. Not only could she now read, but she’d never known that words could be put together to create meaning. The way she lit up made something inside Tate light up, as well.

Shortly after Kya learned to read, she asked Tate what came after twenty-nine. She was finally going to get her answer. Tate helped her learn to count higher, showing her all the different numbers and groupings. He never made her feel stupid during any of those lessons.

With her new skills, Kya labeled her specimens with the proper names and read everything she could get her hands on. One night, she opened the old Bible and saw the names of all the family members and their birthdates written inside. For the first time, Kya learned the names of her siblings, the date of her birth, and her full name: Catherine Danielle Clark.

One morning, she walked to the mailbox and found a large package inside. She opened it and pulled out an advance copy of The Sea Shells of the Eastern Seaboard by Catherine Danielle Clark. Her heart soared at seeing her name on her book, but she had no one to share her joy with.

After Tate took Kya’s samples to a publisher, Kya had submitted more drawings through the mail. An editor, Robert Foster, allowed the entire interaction to take place through the postal service and sent her a five-thousand-dollar advance for two books: the shell book and another on birds. It was more money than she’d ever thought about.

Kya’s book felt more like a family album with its pages filled with years of her collections. It sold well, and bookstores all along the Eastern Seaboard displayed it in their windows. Royalty checks started to flood in, sometimes made out for thousands of dollars.

Kya knew Tate was to thank for pushing her to publish. He’d helped her turn her passion into a career and made it so she never had to dig for mussels to survive again. She sent him a note at the Sea Oaks laboratory, where he now worked. She still didn’t trust Tate, but she extended an offer for him to stop by if he was ever nearby to pick up a copy of the book.

With the advance, Kya got to work on her shack. She hired a contractor to completely renovate it. He fitted the shack with electricity, indoor plumbing, a water heater, a large bathroom with a sink, tub, and toilet, and a brand-new refrigerator and stove. The only thing that remained of her old home was Ma’s wood stove. She bought new furniture for each room of the house except the kitchen, where the old family table still held court.

Tate accepted Kya’s invitation to stop by a day after receiving her letter. When he pulled up in her lagoon, the first time since the rock-throwing Christmas, he waved and gave a small smile. Kya mimicked both gestures.

Tate marveled about the beauty of her book. He wanted to hug her, but her body language suggested otherwise. Standing on the beach, he thanked her for the book and asked her to sign it. Kya thought about what she could possibly say to Tate. Then, on the front page, she wrote, “To the Feather Boy, Thank you, From the Marsh Girl.” When Tate read the words, he turned to hide his emotions. If only he could hold her. He settled for squeezing her hand.

Before Tate left, Kya thanked him for helping her the way he did. Kya felt a stirring on one side of her heart, but the other was still locked down tight. She thought maybe she might be able to be his friend or, looking at her book, even his colleague someday.

Later, Kya grabbed another copy of her book and headed to Jumpin’s. When she climbed out of the boat, she placed the book in Jumpin’s hands. He stared at it, not knowing what it was, until she pointed out her name on the cover. She thanked him for all the ways he and Mabel had taken care of her and said that she was finally okay.

Kya continued to visit Jumpin’s wharf for gas and supplies. She saw her book propped in the window of his store and knew it was the kind of thing a father would do for a daughter he was proud of. 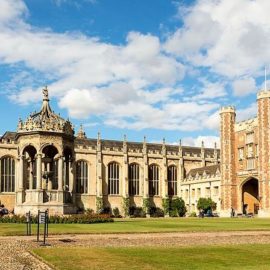 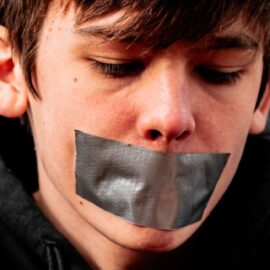 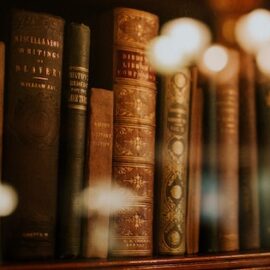