Black incarceration is statistically disproportionate to the Black population in the US. According to The New Jim Crow, the mass incarceration of blacks creates a racial caste system.

Read on to see how race-based biases contribute to the issue of black incarceration.

Therefore, unlike what the media may present, higher rates of drug use are not to blame for increased rates of black arrests. The black incarceration rate is statistically disproportionate.

Drug enforcement faces some oddities in prosecution, compared to other crimes: 1) drug use is consensual, and so unlike robberies or murders, drug crime is not usually reported, 2) drug use is widespread, and law enforcement can’t possibly identify and detain every drug criminal, for reasons of resource constraints and politics.

So the criminal justice system faces a question – if we are to wage this war, how can we get the most success? And given that incentives push toward number of arrests and convictions, how do we maximize these metrics?

The answer, it seems, was to use the flexibility of discretion in ways that heavily disadvantaged black people, creating a higher black incarceration rate.

The media supported the idea of crack being the predominant drug problem, and the imagery associated crack with black people. So a public consensus formed that drug criminals were predominantly black.

This widespread bias inevitably affected law enforcement as well, especially among those who do not consciously identify as racists.

Police concentrated drug arrests in poor urban mostly black areas, rather than wealthier white neighborhoods, where militant action might induce political backlash. This disparity is part of the system that leads to a higher percentage of black people in prison.

Whites are stopped far less frequently than black people, but are more likely to have committed a crime.

Because of selective targeting, black people were mechanically more likely to be suspected and later convicted.

The bar for being arrested for crack, a “black” drug, was far lower than powder cocaine, a “white” drug – 5g vs 500g, respectively, a literal 1:100 ratio. This was motivated by testimony that crack was far more addictive and dangerous to society (which has since been debunked). Clearly this makes it easier to arrest and convict a crack user than a cocaine user.

Prosecutors have immense discretion in whether to press charges, how many to press, and to dismiss a case. Analysis showed that throughout the court process, whites were far more successful than colored people and received far more lenient sentences for identical crimes. As a result, the percentage of black people in prison is higher. 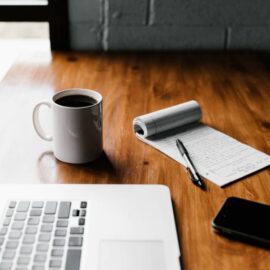