What is it like to live with bipolar depression disorder? What experiences did Kay Redfield Jamison share in An Unquiet Mind?

Bipolar depression disorder is a two-sided illness. One side of the coin involves episodes of joy and clarity, while the other is despair and confusion.

Read about Kay Redfield Jamison’s experience living with bipolar depression disorder, as she recounts it in her memoir An Unquiet Mind.

Bipolar depression disorder (also known as manic depressive bipolar disorder) is a deceptive illness. One side of the coin involves episodes of enlightenment. For Jamison, this enlightenment took the form of unparalleled creative ideas and endless energy to bring them to fruition. This behavior translated into great productivity as a research scientist. But the other side of the coin involves distorted thinking, a loss of rationale, and a desperate desire to end your suffering, often through suicide.

Many people living with bipolar depression disorder don’t seek treatment because of fear of professional backlash, stigma, and misguided treatment from doctors. Because of these deterrents, Jamison wanted to expose the beauty of the ugly beast she had inside, a beast that almost killed her and succeeded in killing thousands of others. She was tired of hiding and feeling ashamed.

An Unquiet Mind: A Memoir of Moods and Madnesss is her attempt to bring awareness to manic depressive bipolar disorder and remove the shame for everyone afflicted with mental illness.

The Highs and Lows of Madness

When Jamison was 15, her family moved to Los Angeles. Around this time, her father started exhibiting symptoms of bipolar depression disorder. Sometimes, he became so volatile that both Jamison and her mother feared for their safety. The situation worsened once he started drinking.

After a year or so of watching her father deteriorate, Jamison became aware of similar volatility happening inside her. Her inflated vigorous spirit started to overwhelm those in her life. She’d be high for days or weeks, then spiral into darkness in the blink of an eye.

During her first major manic episode, Jamison went on a massive shopping spree. Excessive spending is one of the ways manic depressive bipolar disorder manifests in day-to-day life, but Jamison didn’t think of it this way. Within her first two major manic periods, she spent around $30,000 on everything from multiple Rolexes to taxidermied animals. Unfortunately, the repercussions of her actions usually hit right around the time her mania slipped into depression.

When Jamison dropped into her first major depressive state, she started to hallucinate. The images she saw all related to death and decay. She became frightened and finally decided to seek treatment.

Jamison started seeing a psychiatrist she knew from her doctoral program. He was kind and professional, and he was too smart to be outwitted. He listened to Jamison’s excuses about her behavior, then very politely informed her she had manic-depressive disorder. He prescribed lithium to help.

Jamison took the lithium at first, but the dosage was too high, and she started to experience negative side effects. She was nauseous and sick often, and the effects of the drug made her appear drunk in public. In addition to these side effects, the lithium worked by dulling the edges of both her heightened mind and the shadows of depression.

These factors made Jamison stop and start her medication many times. The consequence was an 18-month battle with suicidal depression. Somewhere in the middle of those months, she lost the battle and attempted to take her life by overdosing on lithium. However, she didn’t anticipate that lithium would affect her brain while killing her. When the phone rang, she instinctively crawled to it in the next room in her drugged-out stupor. It was her brother checking in, and when he heard her slurred speech, he called her psychiatrist. Jamison recovered in the hospital after days of going in and out of a coma.

Besides the act itself, the worst part of Jamison’s suicide was the way it changed who she was forever. She had always identified as the girl who loved life, had big dreams, and a fierce determined spirit to succeed. Now, she had to face a new image, one of a pained and broken woman who wanted nothing more than to die.

This type of reconciliation was not new. Coming to terms with her bipolar depression disorder and who she became of it was something she’d had to do many times, particularly after a manic episode. On the other side of the high-flying frenzy of her mania lived violence. She experienced wild fits of screaming, assaulted others, and tried to jump out of moving cars several times. She destroyed important mementos and relationships during her psychotic moments and found herself restrained by force or involuntarily medicated at other times. This life and behavior differed significantly from the quiet, polite, and considerate person she’d been. However, somehow she made it through this difficult time with her life and career still intact. 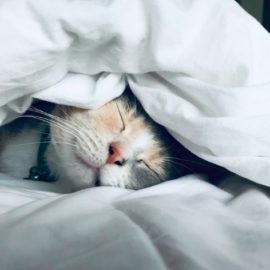 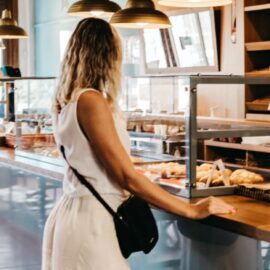