What is the best way to take notes? How does the slip-box method encourage you to write at every stage of the creative process?

In How to Take Smart Notes, Dr. Sönke Ahrens says that the slip-box method is the superior note-taking system. It enhances your critical thinking and innovative skills which will make you a better writer.

Learn more about why the slip-box method is the best way to take notes.

Before understanding why the slip-box method is the best way to take notes, you need to know what isn’t the best note-taking method.

Ahrens contends that people who write using the traditional note-taking process are intimidated by the blank screen because that’s the first time they think critically about their argument. As Ahrens points out, traditional note-taking methods focus on capturing others’ ideas instead of thinking extensively about them. So even if you’ve taken lots of notes by the time you sit down to write, you still haven’t thought about or developed your argument. You only do that when you sit in front of your blank screen—and that’s what intimidates you, not the writing itself.

(Shortform note: As one writer points out, the blank screen may also terrify you because you’re afraid your writing will be terrible—in other words, that you’ll fail. However, in The Magic of Thinking Big, David J. Schwartz contends that you can destroy this fear by acting—in other words, by writing anyway.)

In contrast, Ahrens argues that by making you write at every stage, the slip-box system moves this thinking work far earlier in the process—so by the time you face the blank screen, you’ve already thought extensively about what you’re going to say and no longer feel intimidated by it.

(Shortform note: Some critics contend that Ahrens overstates how easy writing a manuscript will be if you use the slip-box system. They argue that How to Take Smart Notes itself demonstrates the slip-box system’s pitfalls, describing the book as weakly written due to its repetitiveness and misrepresentation of its research.)

Ahrens contends that the process of externalizing your thoughts via writing facilitates critical thinking and ultimately results in better ideas for three main reasons.

1.  You think as you write—writing things down at every stage helps you develop your ideas. For example, writing a literature note forces you to think critically about an author’s argument because you have to restate their ideas in your own words.

2. Writing your thoughts down frees up brainpower to focus on other ideas. As Ahrens explains, we have a finite amount of brainpower available for focusing on things. Moreover, even if you deliberately stop focusing on something, it still takes up some brainpower. This is because of the Zeigarnik effect: Your brain will work on unfinished problems until it’s done. But your brain treats the process of writing as a method of finishing a task—so if you write your thoughts down, your brain will regard the task as finished, so it will stop focusing on it and free up brainpower for what you need to focus on.

3. By converting your thoughts into a physical format, you gain the physical distance necessary to critically analyze them. According to Ahrens, your brain is great at picking up on patterns and contradictions visually—so when you look at your thoughts, you’re more likely to trigger an original insight. For example, you might notice that you contradict yourself in two evergreen notes and create a third note resolving that contradiction.

In this way, you circumvent your brain’s tendency to work in heuristics, or mental shortcuts: Writing your thoughts down forces you to clearly explain how you reached your conclusion and prevents you from jumping to them.

The Best Way to Take Notes: The Slip-Box Method 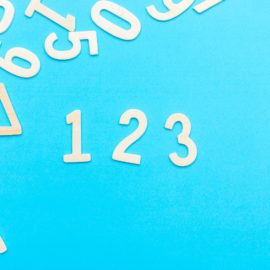 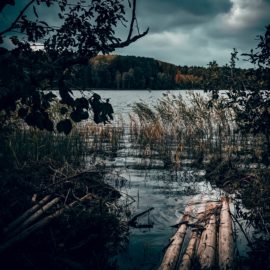