Why was the Badwater 135 so important to David Goggins? Did he ever run the race?

The Badwater 135 to David Goggins was the ultimate challenge. A 100-mile race would be an incredible test for his training, and he was determined to complete it.

Read more about the Badwater 135, David Goggins, and how he trained for the race.

We often decide to take on challenges while we’re in our comfort zone, but we’re so comfortable, we don’t anticipate obstacles that could arise. To deal with this, we need additional strategies to keep going, even when we face obstacles and want to quit. To compete in the Badwater 135, David Goggins would need to train.

There’s science behind this strategy. If you get overwhelmed by obstacles, you may forget why you’re doing something and start talking to yourself in a negative way that robs you of energy to keep going. When you feel stressed, your body’s fight or flight system is at work. It’s trying to make a decision about whether to continue with what you’re doing (fight) or abandon it (flight). Focusing on your accomplishments instead of doubtful negative self-talk reminds you of what you’re capable of, giving you the energy to “fight” and keep going.

Goggins developed the cookie jar concept during his experience transitioning from Navy SEAL to ultramarathon runner.

The Road to Badwater 135

In 2005, Goggins learned of the death of nearly an entire team of special operatives in Afghanistan. He wanted to raise college funds for the children of the deceased soldiers. As a fundraiser, he decided to try ultramarathons, running races that are longer than a marathon.

Goggins wanted to compete in the Badwater 135, a famous 135-mile ultramarathon in California from the floor of Death Valley to the pinnacle of Mount Whitney. But the event director required runners to have already competed in one 100-mile ultra race or more, and was unwilling to make an exception for Goggins. He suggested that Goggins compete in the San Diego One Day, a 24-hour, 100-mile race where each lap around the course is one mile. If he could do it, then he could run in the Badwater 135. David Goggins was ready.

Goggins only had 3 days before the San Diego One Day, so there was little time to prepare. He hadn’t run more than one mile at a time in 6 months. Though he’d kept in good physical shape through strength training, his cardio fitness was nonexistent.

Before the Badwater 135, David Goggins needed to complete the San Diego one day. On the day of the race, Goggins started off at a fast pace, faster than he’d need to run to complete the race in 24 hours. But by mile 70, he couldn’t go any further.

Goggins’s wife, who was there supporting him, helped him into a lawn chair to rest. He was dealing with all kinds of bodily complications. Most of his toenails were falling off, and he’d learn later that he had stress fractures in his feet. He hid the bloody urine and diarrhea running down his legs from his wife so she wouldn’t pull him from the race.

Unable to see what terrible shape he was in, his wife believed he still had a chance to finish the race and encouraged him to keep going. But he was walking now, and she told him he needed to pick up the pace if he was going to make it 100 miles in 24 hours.

The Badwater 135 and David Goggins’ Training

Cars have an internal regulator, or governor, that limits how fast they can go. Humans are the same way—our mental governor gives us feedback, telling us if we’re in pain or feeling insecure. Many people listen too readily and stop doing a task when they’ve applied only 40 percent of their effort, leaving 60 percent on the table. Pushing past the governor means pushing through pain, insecurities, and other obstacles that make us want to quit before we’ve given our full effort.

Learning to gently push yourself helps break down your governor while gradually increasing your activity, helping you avoid injury and/or allowing your mind to get accustomed to the new workload.

Goggins learned how to manage his governor as he competed in additional ultramarathons to qualify for the Badwater 135. David Goggins went on to complete the race.

Getting to the Badwater 135: David Goggins’ Journey 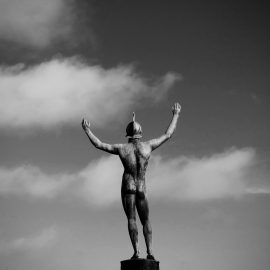 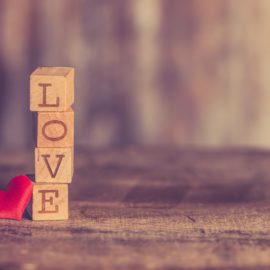 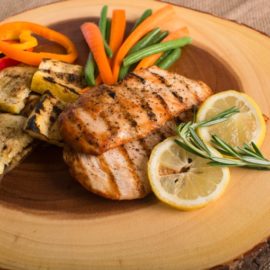