We’ll cover why some of the biggest names in business, who thought they couldn’t fail, faltered due to bad leadership qualities. We’ll also look at why negative leadership traits are often associated with Carol Dweck’s concept of a fixed mindset.

What happens when two superstar CEOs with fixed mindsets combine their companies? Steve Case of AOL and Jerry Levin of Time Warner both felt superior, liked to intimidate, took others’ credit, refused to hear complaints, and fired critics. When they merged their companies, AOL was near ruin, but instead of working together to salvage it, they competed for power. Levin failed first and Case refused to work with the new CEO because he didn’t want to share power and credit — he’d rather let the company fail. When he finally was forced to resign, he denied responsibility for any problems. By the end of 2002, AOL Time Warner had lost nearly $100 billion in market value, the largest annual loss in U.S. history. This is what happens when two people with bad leadership qualities go head to head.

Iacocca, Dunlap, Lay/Skilling and Case/Levin put their personal interest in looking good above corporate interests at key points. Paradoxically, as their companies barrelled toward disaster, they felt invincible and entitled. As their companies faced real threats, they lived in an alternate reality. This is one of the most common bad leadership qualities.

For instance, while getting millions in compensation, Lay took huge personal loans from the company and used corporate jets as his personal family air service. Iacocca threw Christmas parties for the company elite, at which he presented himself with an expensive gift at company expense. In their worlds, they felt validated while their companies burned. Facing and addressing the problems would have entailed risks of failure they were unwilling to take.

Fixed-minded bosses also have a penchant for abusing employees, another major poor leadership quality. In his book, Brutal Bosses, Harvey Hornstein says that abusing others shores up a boss’s feelings of superiority, competence, and power. Skilling denigrated others, while those who worked with Levin compared him to Caligula. A former CEO of Sunbeam-Oster, Paul Kazarian, threw things at his executives. Fixed-mindset CEOs excuse this behavior by claiming to be perfectionists or wanting to keep people on their toes. Pleasing the boss becomes the employees’ priority. This is one of the many detrimental effects of bad leadership qualities.

However, Chrysler soon got into trouble again, while Iacocca focused on polishing his image. He spent money on things that would boost Chrysler’s stock to impress Wall Street instead of investing in new car designs and manufacturing efficiencies. He got rid of ambitious, intelligent people he felt threatened by, a huge mistake resulting from bad leadership qualities.

The mindset of a company’s leader is a key determinant of whether a company fails or succeeds. This is why the negative characteristics of a bad leader are so detrimental.

Business gurus of the time were insisting that corporate success required hiring with a “talent mindset.” It was touted as the key to beating the competition. Enron’s culture was built on this thinking. The company recruited big talent and paid handsomely for it. But because the company celebrated talent, employees felt they had to always appear highly talented in order to survive. Basically, everyone was forced into a fixed mindset, intent on proving their superiority. Although looking for talent seems like a good thing to do, it’s actually a trait of a bad leader, a negative leadership trait.

Since people with fixed mindsets can’t admit flaws, the company couldn’t acknowledge and correct its mistakes, which spelled its doom. Even after its failure, CEO Jeff Skilling never admitted there was anything wrong, instead blaming others for not getting it. This is the ultimate bad leadership quality. 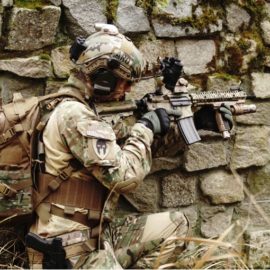 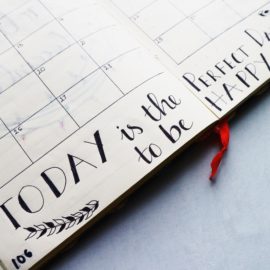