Why is the Appalachia poverty level so high? What can we learn about poverty in Appalachia from JD Vance’s Hillbilly Elegy?

Hillbilly Elegy: A Memoir of a Family and Culture in Crisis examines the spiritual and social decline of the Appalachian white working class through the life story of its author, JD Vance. Growing up in a post-industrial Ohio town, Vance encountered the symptoms of Appalachia’s poverty and at a young age started analyzing the source of Appalachia’s poverty.

The Source of Appalachia’s Poverty?

Although Vance eventually escapes Appalachia’s poverty and the dysfunction of his roots, attending college and Yale Law School, he finds that even economic mobility can never permanently erase the social markers of his hillbilly upbringing. With hindsight, JD attributes this poor record of educational attainment to a culture of low expectations. Children saw Appalachia’s poverty, high unemployment, and drug addiction all around them growing up, often in their own immediate families. With such poor models of adult behavior, they never came to expect much from themselves.

The Death of American Manufacturing

Towns like JD’s all over Appalachia are struggling with a new economic order. The Armco steel mill that had drawn countless Appalachian migrants like Vance’s Mamaw and Papaw to the town was suffering from the same manufacturing decline that plagued Rust Belt towns all across the country. This was one source of Appalachia’s poverty.

The only way they could survive was through mergers and the downsizing of their workforces. Armco merged with Kawasaki in 1989 and began drastically reducing its investment in Middletown.

Seemingly overnight, this pillar of the regional economy had become a shadow of its former self, contributing to Appalachia’s poverty. Armco hadn’t just been an employer: it was the lifeblood of the community, funding parks, libraries, schools, and other public facilities through tax revenue and private contributions.

Beyond the raw economic misfortunes of the town, JD began to notice that hard work and initiative were almost entirely absent in many of the adults around him. This may also have contributed to Appalachia’s poverty. Despite this, people made a point of playing lip-service to these ideals, even when they seldom lived up to them in practice.

He recalls one woman who was always hounding Mamaw, either to borrow her car or sell her food stamps to Mamaw for cash. Despite this woman’s lifestyle of welfare dependency, her eagerness to defraud the social safety net, and the fact that she’d never worked a day in her life, she viewed herself as a model of industriousness. Indeed, she saw herself as a worthy recipient of government help, while it was those “other” lazy moochers who were gaming the system and making it hard for decent, honest people to get by.

There was simply an absence of work and an acceptance of unemployment or underemployment as a way of life. 30 percent of young men in Middletown work under 20 hours per week, which may contribute to Appalachia’s poverty.

JD now sees the lies and blame-shifting as ways of coping with massive cognitive dissonance: the gap between the community’s professed values and the actual lived reality of their lives. There must be some oppressive, outside force at work if so many self-described hardworking and industrious people are mired in Appalachia’s poverty and social dysfunction. Believing in a nefarious conspiracy that’s keeping you down is far more comforting than confronting the true scale of the devastation in your life. There’s massive power in delusion.

The deindustrialization of Appalachia has led to a serious lack of opportunity for people entering their prime working years. People can’t work when there are no jobs to be had: the Armcos of the world aren’t going to provide employment for all the young men to support a family the way they could have a generation ago.

But based on his own experiences, JD now believes that today’s hillbillies have responded to the economic crisis in their communities and Appalachia’s poverty the wrong way: by building a set of values that justifies and even celebrates the avoidance of work, while blaming nefarious outside forces for their problems.

As a teenager, JD got a job at a local grocery store. From this vantage point, he got a firsthand look at Appalachia’s poverty and many of the social ills that he would later identify as key sources of the problems plaguing his community.

For example, they would use their food stamps to buy soda, and then sell them at a discount for cash. It was all profit, since they weren’t paying for the soda in the first place—the government was. Even as a teenager, he could astutely observe that people living off cash assistance programs were living at a level of material comfort that he couldn’t even dream of. In this sense, Appalachia’s poverty was deceptive.

He saw destitute people still throwing their money away on luxury items like iPhones and big screen TVs, usually financed through high-interest credit cards and payday loans. Nobody seemed to save for a rainy day: as soon as you got some money, you squandered it on something frivolous.

There were other examples of self-destructive behavior in the community, outside of the customers at the grocery store.

Appalachia’s Poverty and the Trouble With the Welfare State

He really felt the injustice when he began seeing the taxes that were being deducted from his wages: taxes that were being used to pay for the very same welfare programs that his customers were using to cheat and avoid working. Vance marks this as the beginning of his shift to Republican Party-stye conservatism and general ideological opposition to the modern welfare state.

He’d been raised in a household and culture that had at least nominal loyalty to the Democratic Party (traditionally the party of working people). But these experiences were beginning to teach him that well-meaning assistance programs created too many disincentives to hard work and reinforced Appalachia’s poverty and what he saw as the worst features of hillbilly culture.

In researching the current state of the American Dream, JD saw that upward mobility was still attainable in places like the northeastern United States and much of Western Europe—it was in the South, the Rust Belt of the Midwest, and in Appalachia that poor kids were most likely to be trapped in a cycle of Appalachia’s poverty. 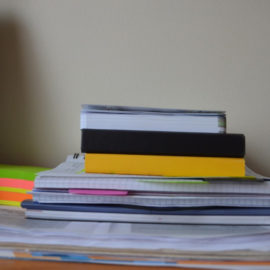