How can you effectively communicate your idea by including an appeal to emotion? How can you get people to care about your message?

If you want people to hear your message and do something about it, you have to get them to care. An appeal to emotion—making people feel something—is key to making messages stick.

Keep reading to learn effective ways to make an appeal to emotion.

Sticky Ideas Include an Appeal to Emotion

The “E” in the SUCCESs formula for creating “sticky” messages stands for “emotional.” If you want your audience to act on your message—for instance, to donate to a charitable cause or adopt healthier habits—you need to make them care.

The way to get people to care is to make them feel something. Some messages are designed with an appeal to emotion for cynical or self-serving reasons—for instance, a political ad might try to scare you into not voting for a certain candidate. But more typically, you might want people to care about your message in order to help solve a problem like child obesity or to accomplish a goal, such as building a more fuel-efficient car.

There are multiple ways to create an appeal to emotion. The simplest and most familiar way is to give your message a face. You might call it the Mother Teresa principle. Known for devoting her life to caring for the poor, she once said, “If I look at the mass, I will never act. If I look at the one, I will.” She was motivated when she connected emotionally with an individual.

A 1994 Carnegie-Mellon University study confirmed the psychology behind this. They tested two different appeals for donations to fight world hunger to see which was the most effective. One letter described the problem by using statistics (“More than 11 million people in Ethiopia are hungry”), while a second letter told people their donations would go to a seven-year-old girl in Mali, Africa. Those who received the second letter gave more money.

When another group of participants received both solicitation letters—the statistics and the personal story—they gave less than those who’d received the child-focused letter alone. The researchers theorized that seeing the statistics put recipients into a more analytical frame of mind and their emotions took a back seat.

Other considerations in crafting a message with an appeal to emotion include: identifying the right emotion, using powerful associations, and appealing to self-interest or identity.

Appealing to people’s compassion for children or animals isn’t complicated, but some messages and audiences are more challenging. In the following example, an organization called The American Legacy Foundation wanted to get teenagers to care enough to avoid smoking or to quit.

The ad showed a tractor-trailer pulling up in front of a building on a dark New York City street; a headline at the bottom of the screen identified it as “the headquarters of a major tobacco company.” Teenagers jumped out and started unloading and stacking white sacks labeled as body bags. After they finished, a teenager with a megaphone asked, “Do you know how many people tobacco kills every day?” The toll, depicted by the number of body bags, was 1,800.

Surveys asking teenagers whether they were likely to smoke a cigarette in the coming year indicated that those who’d seen the ad were 66 percent less likely to smoke. Another study found that smoking among high school students dropped 18 percent and among middle school students 40 percent, during the two years of the campaign. The ad worked because it made teenagers feel resentful toward corporate exploitation. It touched the right emotion.

Use the Power of Association

(Shortform note: Using positive associations is a common advertising technique. For example, an ad might associate the positive qualities of a superstar athlete, like popularity and winning, with a certain brand of athletic shoe. Or an ad could associate happy, healthy children with a juice brand.)

The challenge is that many associations lose their emotional power over time because of overuse of the concept that initially triggered the desired emotion. In 1988, an organization called the Positive Coaching Alliance ran into this problem. They wanted to combat bad behavior in youth sports but found that talking about sportsmanship no longer worked because the emotional resonance of the term had eroded. Some coaches even viewed the concept negatively because youth leagues had started giving sportsmanship awards as consolation prizes. The message was that sportsmanship was for losers.

The PCA needed to replace “sportsmanship” with a new term that associated good behavior with love and respect for the sport. They came up with the concept of “honoring the game” to suggest that participants and fans owed respect to their sport as an institution. The way to convey your respect was by behaving honorably.

The PCA found that after they conducted training that associated “honoring the game” with good behavior, the number of people ejected from games in one Northern California league plummeted. Team morale improved and enrollment increased.

Another way to make people care about something is to appeal to their self-interest: tell them how they personally will benefit from acting on your message.

Self-Interest isn’t always crass; sometimes it can be noble. For instance, people may join the military or choose certain occupations for altruistic reasons. They may contribute to a cause because they truly want to improve others’ lives, not because they want to see their name on a plaque.

There are times when people put group identity above self-interest, and it’s necessary to adjust the benefits you highlight accordingly.

For example, a company marketing a safety video to firefighters for their outreach programs ended up insulting the firefighters in one department by offering a free gift of a popcorn popper in exchange for previewing the video. The firefighters were insulted because accepting a gift for paying attention to safety was at odds with their identity as firefighters. Safety was a core value: they were accustomed to risking their lives for others’ safety. They didn’t need a gift to motivate or remind them of that. A better approach by the marketer would have been to offer to make a donation to a community safety program in exchange for previewing the video or to offer no gift at all.

Everyone has group affiliations that can take precedence at times over self-interest. They include race, religion, political party, gender, and occupation. In situations where group identity is important to them, they do what they think people in their group would do—for instance, they ask themselves how someone of their faith would vote on a particular issue.

An anti-litter campaign succeeded in Texas by appealing to group identity. The campaign was designed to appeal to the tough guys in pickups who did most of the littering. Instead of a slogan like “Please Don’t Litter,” the campaign appealed to their macho identity as Texans with the slogan, “Don’t Mess With Texas,” which meant that real Texans don’t litter. In a TV ad, two Dallas Cowboys football players picked up litter, expressed disgust, and menacingly promised to deliver the message, “Don’t Mess with Texas,” to whomever they caught littering. Within a year, littering had declined nearly 30 percent.

An appeal to emotion—getting people to care—is central to making your message stick.

An Appeal to Emotion Can Make Your Message Stick 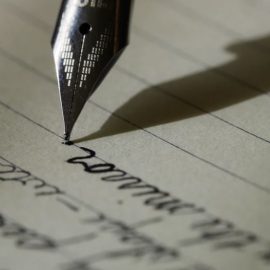