What are the advantages of conservatism when it comes to moral psychology? What do conservatives understand and leverage that liberals do not?

There are certain advantages of conservatism over liberalism in regard to understanding moral psychology. Conservatives tap into all six moral foundations, while liberals focus on only two or three. This means that conservatives have the power to persuade more people.

Read more to learn about the advantages of conservatism in the realm of moral psychology.

One of the advantages of conservatism over liberalism is the power of persuasion. Conservatives can tap into all six moral foundations, so they can talk to people with each of these taste receptors. On the other hand, liberals concentrate significantly on the Care/harm and Liberty/oppression foundations, along with the Fairness/cheating foundation to a lesser extent. Their arguments are thus limited to a smaller group of people.

An advantage of conservatism is a superior understanding of—and leveraging of—moral psychology. Republicans know that the elephant is in charge, and they know how elephants work. In contrast, Democrats aim their appeals at the rider.

Some Democrats claim that Republicans aim only to stoke fear. What Republicans are actually doing is triggering all of the intuitions described in the last two chapters.

Republicans talk about innocent victims and fairness just like Democrats. But Republicans have also essentially had a monopoly on loyalty, authority, and sanctity since they became the party of “family values” during the Reagan Administration. While Democrats direct almost all of their political appeals towards helping the less fortunate in society, Republicans direct pleas to Americans who are religious, are nationalistic, care about authority, and believe that these values are imperiled thanks to the movement towards more socially liberal policies.

Testing the Advantage of Conservatism

Haidt, working with graduate students, created a questionnaire to test this theory. They asked, on a scale from 0 to 5, “When you decide whether something is right or wrong, to what extent are the following considerations relevant to your thinking?” They then listed three statements for each of the receptors, such as “whether or not someone was cruel” (Care foundation). After creating a website and getting some press, they tested this theory with tens of thousands of participants and found evidence that there are indeed advantages of conservatism over liberalism when it comes to moral psychology.

As measured through brain waves, liberals and conservatives react immediately to statements they’re concerned about. Your political ideology determines how your elephant—or intuition—will react differently to different sorts of stimuli.

The Limits of Liberal Thinking

Haidt’s experiments proved that liberals rely on the Care/harm and the Liberty/oppression principles. These foundations support social justice on a broad scale and an attempt to find political equality between subcultures. They also rely on solidarity to fight elites.

Liberals suggest that it is the government’s responsibility to provide for the rights of the weak in society, where conservatives resent when the government infringes on what they believe are their liberties.

Ultimately, liberals are using Care/harm, Liberty/oppression, and Fairness/cheating (although they’ll trade away the latter when it conflicts with the first two) to make their arguments, and conservatives use all six principles to make their arguments, although they’re much more willing to sacrifice Care/harm to reach their other moral objectives based around the other five foundations. This explains a significant advantage of conservatism over liberalism in relation to the power of persuasion.

Why Do People Vote for Republicans?

Democrats often use psychology to explain conservatism—they say people are Republicans because they’ve been raised in strict households or are afraid of change. They use Republicans’ inferior upbringing or perceived personality issues to wave away conservative ideas as the dominion of the misguided and don’t take them seriously.

Haidt argues that Democrats would win more votes if they believed that conservatives are as sincere as liberals.

American liberals believe the Durkheimian version of society is a moral disaster. They argue it’s punitive, too religious, and too hierarchical. Democrats have become the party of “many”: They consider themselves citizens of the world, support immigration without much assimilation, and don’t want to make English America’s national language. This isn’t always a recipe for success in American presidential races, though, because part of the job of president is to be head of the “American civil religion” and glorify its traditions. This understanding of the president’s role lines up much better with Republicans who believe in the Durkheim model of society.

When it comes to understanding and leveraging moral psychology and constructing persuasive arguments, it appears that there are definite advantages of conservatism over liberalism. 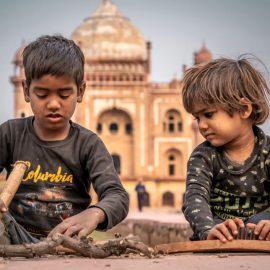