ADHD can have negative effects on your mental health and emotional well-being. In Driven to Distraction, Edward M. Hallowell and John J. Ratey list what they call “secondary symptoms” of ADHD that can make life difficult for people with ADHD.

Read below to learn more about these symptoms of ADHD, mental health, and the stigma of ADHD at work and school.

The secondary symptoms of ADHD are the negative effects the condition can have on your mental health. ADHD’s secondary symptoms arise because our society is set up in a way that makes life especially hard for people with ADHD, contend the authors.

For one thing, we’re expected to spend six or more hours per day sitting in a classroom or working at a desk, focusing on tasks we may find monotonous. In addition, our schools, workplaces, and even homes and social spheres are full of distractions that we’re expected to tune out. If you have ADHD, your brain might make it impossible for you to meet these expectations. But because of the lack of understanding about the needs of people with ADHD in our society, you may be labeled as “lazy,” “unmotivated,” “thoughtless,” “selfish,” or just plain “bad.” The stigma this creates can be so discouraging that it causes severe psychological harm.

Secondary symptoms of ADHD include:

Low self-esteem and poor self-image. People with ADHD often report feeling like failures and have difficulty liking themselves. Even those who are relatively successful describe feelings of inadequacy, like they’re not living up to their full potential. Negative comments from others can be internalized and eventually turn into negative self-talk.

Interpersonal conflicts. The traits of ADHD can make it difficult to sustain conversations, maintain relationships, and tend to the needs of others. This can cause resentment and feelings of neglect in others.

Difficulties in school. People with ADHD often struggle with tasks others can do easily, like listening in class or staying organized. Students who struggle with these and other skills required for school are often reprimanded or considered lazy, which can lead to a dislike of school or of learning itself.

Self-doubt. Many people with ADHD report feeling like frauds, like they don’t deserve their successes because they should have been able to do better, or like their successes are due to luck or someone else’s hard work. It can often seem like their world is on the brink of collapse at any given moment, and this can lead to feelings of incompetence and inadequacy.

The school and workplace difficulties people with ADHD face are becoming even more pronounced as our society becomes increasingly centered around technology. Jobs that require sitting at a desk all day are more common than ever, and as our public schools become increasingly fixated on maximizing academic achievement, physical education classes and budgets are being scrapped. The elimination of physical education during the school day has negative effects for all students but especially for children with ADHD who have a stronger neurological need for physical stimulation throughout the day.

Researchers estimate that children with ADHD receive 20,000 negative comments at school by the age of 12 (and they usually receive plenty of additional ones at home). This may be what leads to rejection sensitive dysphoria (or RSD), a common trait of people with ADHD. RSD is a negative reaction to criticism or rejection so intense it causes physical pain, like the feeling of being punched in the chest. 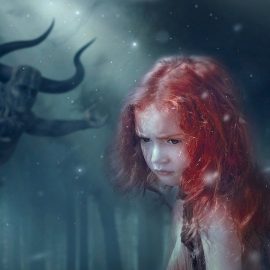 The Importance of Foreplay and After-Play in Bed 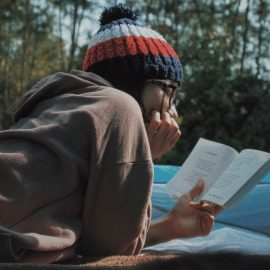