Do you ever contemplate your own death? Why is death such a taboo topic?

Most people are reluctant to contemplate and talk about death. While it’s not the most cheerful subject for a conversation, we shouldn’t shy away from thinking and talking about our final days. Accepting mortality is the first step to living fully.

Here’s why we should embrace death, according to Atul Gawande.

Gawande observes that we rarely contemplate death—if we’re confronted with an unexpected terminal diagnosis, doctors, patients, and family members often default to a frenetic search for a cure. In this way, we become consumed by anxiety and denial, and we sacrifice a sense of meaning and closure as death approaches.

(Shortform note: One indicator of our reluctance to prepare for death is the fact that, as of 2017, only a third of US adults completed any form of advance directive (for example, a living will or health care power of attorney). Furthermore, barely more than one in five Americans has ever spoken to a family member about their funeral wishes. These statistics indicate that—at least in the US—it’s uncommon to contemplate and prepare for death, as Gawande suggests.)

Gawande asserts that because we lived with ever-present reminders of death for most of human history, we were once accustomed to facing it. Life was full of hazards—incurable diseases, rampant infections, dangerous tasks, and so on. On top of that, we were more accustomed to seeing people, such as elderly family members, die. Expecting your time to come at any moment, it was common to prepare in advance. Getting ill or contracting an infection would have made you realize your time was limited, and you would have accepted that reality: Survival was an unrealistic expectation.

Now, however, advances in medical technology have prolonged the process of dying, writes Gawande. Patients can be kept alive long after their minds are inactive and their bodies immobile. With endless treatment options available, we’ve neglected to accept mortality—as he sees it, we must relearn how to die.

(Shortform note: Attitudes about death aren’t only conditioned by the kinds of technological and historical changes Gawande discusses here. Experts argue that cultural influences have a far greater impact on the way we think about—and prepare for—death. For example, while it’s common to fear your own death, some cultures (considered death-affirming) see death merely as a transition to another phase of life. This is true of many Eastern traditions, including Hinduism. In these death-affirming cultures, people accept death as a natural part of life. This contrasts with death-denying cultures, which are more common in the Western world. These cultures often have an attitude of fighting or defeating death.)

We Need to Talk About Aging and Dying

According to Gawande, we can improve our experience of our mortality is by talking about aging and dying more openly. We tend to avoid these conversations, but that leaves us ill-prepared to deal with the challenges aging and dying present.

These challenges elicit powerful emotions we must acknowledge to reduce some of the fear and uncertainty that surrounds death. For instance, the dying often fear the process of decline—the pain, memory loss, or the suffering their loved ones endure. These fears are often mixed with powerful hopes, as well—hope for a cure, for comfort, for the ability to stay lucid.

According to Gawande, such concerns should be acknowledged and discussed openly to navigate the final days of life. These are difficult conversations, and many doctors mishandle them. For instance, some dominate the conversation, focusing on how to fix the problem and plan a course of treatment. Others are more reserved, preferring to let the patient or family make all the decisions with little or no guidance.

However, a few well-practiced physicians use an approach Gawande believes is best: the interpretive approach. With this approach, doctors help patients speak about their fears and hopes and figure out exactly what they want for their end-of-life care. They give them information about their prognosis, treatment options, and potential risks and rewards, but they also help them understand the implications of that information as it relates to the patient’s deepest concerns.

Often, by determining what a patient hopes to be able to do, whether it’s making it to a child’s wedding or simply enjoying food, doctors can advise patients about the best strategy to help them achieve their goals. Similarly, by understanding what a patient fears most—the indignity of being unable to control bodily functions, for instance—doctors can help steer patients toward the best options. In this way, by working with the patient, doctors can tailor an approach to their end-of-life care.

Family members can model their own conversations about death on this approach. The most important components are acknowledging death, being clear about hopes and fears, and deciding what to prioritize as time runs short, writes Gawande.

Accepting Mortality: Why We Must Relearn How to Die

What Is Social Pressure? The 2 Types 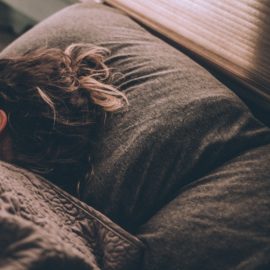