What is a priori knowledge? What does Robert Pirsig say about it in the book Zen and the Art of Motorcycle Maintenance?

Robert Pirsig explores many concepts in Zen and the Art of Motorcycle Maintenance. One of these is a priori knowledge, which is not dependent on the senses to learn because there are things we innately know.

Keep reading to find out more about a priori knowledge according to Zen and the Art of Motorcycle Maintenance.

A Priori Knowledge and What It Means

In Zen and the Art of Motorcycle Maintenance, Robert Pirsig explains how a priori knowledge works and how it can apply to life.

Chautauqua: The High Country of the Mind

When Phaedrus turned to philosophy, he did so because he was at pains to answer the most fundamental questions of human existence: What is truth? What is knowledge? Why are we here? These questions lie at the very top of the hierarchy of knowledge—in the high country of the mind and a priori knowledge.

To answer these questions, Phaedrus read widely, including in his studies lesser known thinkers alongside people like Aristotle and Einstein. By academic standards he was doing subpar work, but he was making original discoveries, even if he didn’t know it yet. The problem, however, was his approach: He read each thinker he encountered brutally, trying to find the flaws and inconsistencies in their thought.

Pirsig recalls Phaedrus’s study of Immanuel Kant’s Critique of Pure Reason. Although Phaedrus didn’t agree with Kant, he respected the care with which Kant formulated his arguments, and his thought was integral to Phaedrus’s later resolution of the classical/romantic divide.

To understand Kant, however, one must begin with the 18th-century Scottish philosopher David Hume. Hume is an empiricist—that is, one who believes knowledge depends on the senses. Imagine a human being born without any of the five senses and nourished intravenously for the first ten years of its life: Does this person think? Has this person ever had a thought? Hume would say no.

Empiricism is not very different from what we think of as “common sense.” For our entire lives, the sun has risen every morning, so it’s common sense to expect it to rise tomorrow as well. We base this assumption on our empirical—sensory—knowledge of the world.

There are problems with empiricism, however, that show its shortcomings as a philosophical approach: * The question of “substance.” If all knowledge is derived from sensory data, how can we know what is producing (or “giving off”) that data? Consider a motorcycle. If we’re asked what it’s made of, we can answer steel (among other metals and materials). But what’s steel? Using our senses, we can tell that steel is hard, cold, and a host of other things, but all we’ve done is describe the data our senses are giving to us—we haven’t actually said what steel is.

The question of causation. Sensory knowledge also doesn’t explain causality. For example, when the sun rises, nothing in our senses tells us why or how it rises. Because of this fact, based purely on our sensory knowledge, we can never be absolutely certain the sun will indeed rise tomorrow.

The consequence of empiricism is that it yields a world whose existence is entirely in the mind: Since we can’t know anything beyond what we sense, it’s always possible that our senses are being tricked. This result wouldn’t do for Kant, but he also couldn’t dismiss Hume altogether—empirical knowledge was too valuable. The Critique of Pure Reason was his attempt to reconcile Hume’s empiricism with the certainty that a world outside the mind existed.

Kant’s solution was to suggest that there is knowledge of reality not dependent on the senses. He called this a priori knowledge. An example is our sense of time: How do we know what time is if we can’t feel or see it (much less taste or smell it)? Kant believed the mind itself provides our sense of time as we encounter other sense data.

Consider a motorcycle again. If we accept Hume’s position—that our knowledge of the motorcycle is entirely dependent on sense data—we would have to accept a number of clear absurdities, including, for example, that any time we changed our physical position in relation to the motorcycle, the motorcycle would also change. Kant solves this problem by saying we have an a priori motorcycle in our minds, one constructed from sense data accumulated over a life of experience. This motorcycle is consistent no matter what our sense data tells us.

Although Phaedrus was initially thrilled by this revolution in philosophical thought, he later became disenchanted with it. One reason was his experience in Korea, which had shown him a mode of understanding different from the classical. To Phaedrus, Kant’s philosophy—in fact, all of Western philosophy—was too staid and technical. He found it ugly.

In Cooke City, the riders stop for lunch, and Pirsig discovers that the Sutherlands are as happy as he’s seen them. He acknowledges that he must seem distant to them, given the Chautauquas he’s been conducting while they all ride together. Chris, naturally, understands Pirsig’s introversion better, but even he worries sometimes.

The Sutherlands ask Pirsig how he met the family they’ll be staying with in Bozeman, the DeWeeses. Pirsig has to admit that he doesn’t remember. The DeWeeses are friends of Phaedrus’s friends—the husband, Bob, whom Pirsig refers to as DeWeese, is an abstract painter who teaches at the college in Bozeman—and Pirsig tells us that he hasn’t seen them since Phaedrus was erased.

Pirsig’s memories of Phaedrus’s relationship with DeWeese are fragmentary, but he knows that Phaedrus was fond of DeWeese. His fondness stemmed from the fact that DeWeese continuously surprised Phaedrus: When Phaedrus expected one reaction from DeWeese, DeWeese would often produce the exact opposite reaction.

This take on a priori knowledge applies to life as well as philosophy and is an important way to think about the world around us. 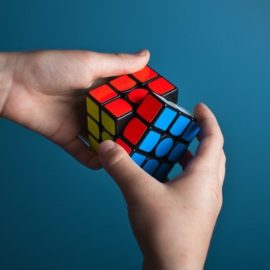 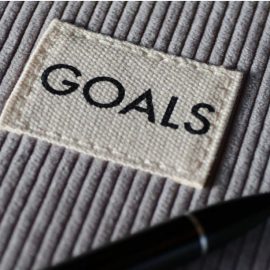 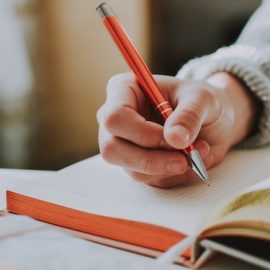