Why do guys cheat when they’re in a relationship or married? If they cheat, does it mean they don’t love you?

Continue on to learn what Steve Harvey has to say about guys who cheat.

The 5 Reasons Why Guys Cheat

You’re probably tired of hearing that men can’t help but cheat because they need sex. You’ve already learned that men need sex, but this cheating business is where you draw the line. And you’re not alone. Being unfaithful in a committed relationship is wrong, no ifs or buts about it. Both men and women know this, and men understand the consequences of cheating. So why do guys cheat so often?

There are some very real motivations behind a man’s decision to cheat. These reasons do not justify the infidelity, but rather explain them in a way that might help you recognize when your man is likely to cheat and how to avoid it.

You’ve been inundated with advice growing up to only give your – what Steve Harvey calls “cookie” – to those who love and respect you. In contrast, men have been told the opposite. Their friends, fathers, and role models on TV have told them or shown by example that sex is just sex. It’s just a physical act, and emotions don’t have to be part of it.

Harvey says that a man can have sex with one person and be completely in love with someone else because, in his mind, the two are not connected. His heart belongs to you, but his body is a free agent. Still, you might ask, “If I give him what he needs to feel loved and be a man, why does he need sex from someone else?”

A man may seek sex outside the home because he needs an ego boost, is unsatisfied with the sex at home, or has gone too long without sex. If a man doesn’t feel good about himself and needs to feel wanted to make him feel better, he’s going to look to get validation through sex. And if you’re not providing it at home, Harvey says, he’ll feel justified finding it somewhere else.

2. Guys Cheat Because They Believe They Can

Men are inexplicably confident that they won’t get caught cheating. That confidence extends to their ability to get out of trouble if they’re caught. This confidence is the only reason that men still risk sex on the side. Your man knows the damage cheating will cause to your life and his own, but he believes he’s slick enough to keep you from finding out. And because it’s just sex, if you never find out, it doesn’t affect you.

Harvey’s opinion is that if you catch your man cheating and he denies it and gives an Oscar-worthy performance, he loves you and doesn’t want to lose you. If he admits it or, worse, doesn’t try to hide it, your feelings are not his priority, and he’s not the right man for you.

3. Guys Cheat Because They Have Different Priorities

If your man doesn’t know who he is, what he does, and how much money he’ll make, you can’t expect him to be exclusive. This man is still figuring himself out, and his priority is doing so. He’s not looking for commitment yet, and he will step out on you.

A man who has those three things figured out has reached a place where he can focus on love. He will organize his priorities in such a way that puts you first if you’re the one he wants. If you two are committed to each other and you’re not the most important thing in his life, your needs are not his priority. His needs are his priority, and those needs will likely all include validation of some sort through sex.

4. Guys Cheat Because Life at Home Is Unsatisfying

If you’re married or in a long-term relationship and haven’t made an effort to keep the spark alive, your man will look for it somewhere else. Again, it doesn’t make it right. It just is what it is.

When you first started dating, you found your man sexy and wanted to be sexy for him. You found ways to spice things up and let him know you wanted him. But as time went on, the novelty of new love faded and real life entered. The sex, if there is any, has become routine and lacking in inspiration, and your man may take it as a sign that you no longer appreciate him or find him desirable. His life is not what he anticipated, so he’ll start looking for ways to feel desirable and appreciated with another woman.

5. Guys Cheat Because There Are Women Willing To Sleep With Them

The number of women willing to sleep with married or taken men is large. When a man goes looking for something outside the home for one of the above reasons, he has no problem finding someone who will comply.

These reasons are not the only ones for why men cheat, but they can help you learn to see the warning signs of infidelity in your relationship. Make it clear to your man what the penalties will be if he cheats, and then you need to follow through.

If you tell your man right away that you will not tolerate cheating, you have to be willing to leave him if he cheats. Staying with him after laying down the law tells him there’s no real penalty for his actions, and he’s likely to do it again. And if you stay with him and continue to punish him, he’s going to do it again. You have two choices: Leave or learn to truly forgive. And if you truly forgive, it should be because he’s proven he’s learned his lesson and has done what is needed to win back your trust. 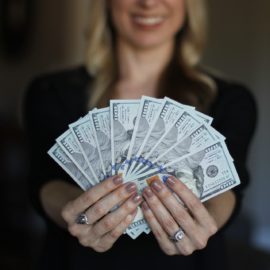 Why Economic Freedom Is Important 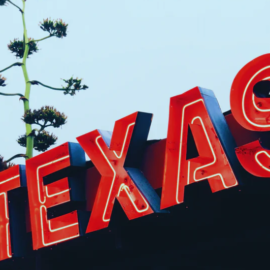