What are the best ways to reduce unconscious bias in schools? Why is practicing “colorblindness” a poor approach to reducing bias?

According to racism expert Dr. Jennifer Eberhardt, there are four powerful ways to reduce unconscious bias in schools. They are: using empathy-focused teacher training sessions, teaching accurate history, building trust and respect among students and teachers, and using “wise feedback” to give criticism.

Continue reading to learn more about the four methods for reducing unconscious bias in schools and why the “colorblind” approach doesn’t work.

How to Reduce Bias in Schools

1) Utilize empathy-focused teacher training sessions. In these sessions, teachers listen to students’ stories about facing discrimination in school and how worrying about racial bias impacts their ability to learn. Teachers can then share strategies with one another for prioritizing a healthy and supportive relationship with their students while still administering discipline when they need to. This type of training works: Compared to the control group, students of teachers who went through empathy training were half as likely to be suspended and felt more respected in the classroom. (Shortform note: A more recent study found that empathy interventions can reduce teachers’ anti-black racial bias before they even begin their teaching careers.)

2) Teach accurate history. An accurate understanding of history gives kids the context to understand social issues (such as police brutality) in the present. However, teachers and school curricula often gloss over the brutal realities of slavery and other hard topics because they’re uncomfortable to talk about. As a result, young Americans as a whole are alarmingly ignorant about these important historical issues—one study found that 22% of young people have never heard of the Holocaust. Eberhardt notes that most teachers want to give their students an accurate understanding of history but are afraid of stepping on toes or saying something wrong. (Shortform note: If you’re looking for concrete tools to facilitate conversations about race and slavery with children, the organization Learning for Justice (formerly known as Teaching Tolerance) has resources for teaching “hard history” to elementary, middle, and high school students.)

3) Build trust and mutual respect between teachers and students with values affirmations. One study found that black seventh graders who wrote daily journal entries in class about things they value (like relationships with friends and family) earned higher grades than those who wrote about neutral subjects (like their daily routine). Students who completed values affirmations were still outperforming students in the control group two years later.  Eberhardt believes that this worked for three reasons. First, it reminded students that they have an identity outside of how people at school might see them. Second, it reframed school as a place where students’ feelings matter, creating a sense of psychological safety. And third, reading the journal entries helped teachers to see their students as individuals, not stereotypes. (Shortform note: Values affirmations have a strong, lasting effect on African American and Latino students, but they don’t make much difference for white students. This might be because most white students automatically feel safe and respected at school, so they don’t need as many reminders of their intrinsic worth as students of color do.)

4) Use “wise feedback” to give criticism. According to Eberhardt, black students are so accustomed to racial bias in the classroom that they often mistake criticism of their academic work for a personal attack. Before they can accept academic feedback, they need to feel psychologically safe, which involves trusting that their teachers aren’t using academic criticism as a weapon to express racial bias. “Wise feedback” is a tool designed to build that trust by framing criticism as a teacher’s way of saying, “I know how talented you are, so I know that you can do better than this” rather than, “You’re not good enough.” Studies show that wise feedback puts black students at ease and motivates them to try to improve.

How Not to Reduce Unconscious Bias in Schools

Instead of the successful interventions above, many educators claim they “don’t see color” as a way to avoid acknowledging race at all in the classroom. But colorblindness isn’t a viable strategy—as humans, our brains naturally rely on color to help us distinguish items in our environment, so it isn’t really possible to “not see” it. Beyond that, Eberhardt argues that colorblindness can actually increase racial disparities because ignoring skin color naturally means ignoring the racial discrimination people face because of it. To reduce bias, educators need to acknowledge the specific struggles that their black students face due to racial bias.

According to Eberhardt, the idea that noticing or mentioning skin color is impolite stems from our cultural discomfort with talking about race. In our desperation to avoid those difficult conversations, we end up completely erasing a very important part of a person’s identity. This is especially dangerous in schools because children pick up on that discomfort easily—by age 10, most kids hesitate to talk about race or to mention someone’s skin color. In fact, one study found that kids who are exposed to messages that downplay the importance of race (like “we’re all the same”) were significantly less likely to notice blatant racial discrimination than kids who heard messages celebrating diversity (like “we need to recognize how we’re different and appreciate those differences”).

The Many Dangers of Racial Colorblindness

Eberhardt examines the “colorblind” approach to racial bias in the context of education, but colorblindness is a common problem in all types of conversations about race. For example, in How to Be an Antiracist, Ibram X. Kendi argues that ignoring race won’t eradicate racism because racist ideas stem from racist policies, not the other way around. Therefore, to fight racism, we have to start by attacking racist policies—and it’s impossible to identify racist policies if we can’t see race.

Similarly, in The New Jim Crow, Michelle Alexander argues that colorblindness is dangerous because it keeps us from seeing just how deeply entrenched racism is in public institutions like the criminal justice system. As a result, it’s easy to make the mistake of over-emphasizing personal responsibility and ultimately blame individuals for what is really a systemic problem.

The refusal to acknowledge systemic racism is also part of what causes colorblindness rhetoric in the first place, as Robin DiAngelo argues in White Fragility. For many white people, the word “racism” calls up mental images of police dogs and firehoses being turned on black protestors during the 1950s and ‘60s. As a result, white people claim they don’t notice race in an effort to distance themselves from those violent examples.
It’s clear that colorblindness isn’t the answer, but talking plainly about race is easier said than done. In So You Want to Talk About Race, Ijeoma Oluo lays out a formula for having those hard conversations. Start off on the right foot by doing your homework and reading up on other people’s perspectives. During the conversation, listen more than you speak. If you notice yourself getting defensive, take a step back to examine the feeling. The more you’re willing to sit with those uncomfortable feelings, the more productive the conversation will be. 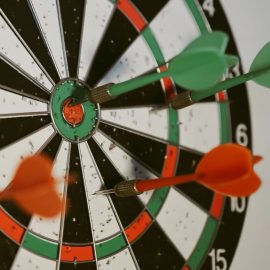 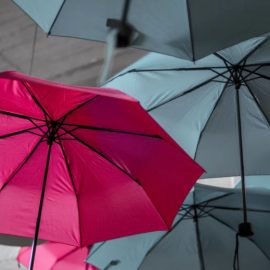 How to Find Your Unique Writing Style