How does the Thor software work? What was it originally created for?

After discovering how high-frequency trading (HFT) was impacting Wall Street and the overall financial market, Canadian trader Brad Katsuyama developed the Thor software, which slows down a broker’s order so an HF trader can’t manipulate its latency time.

Keep reading for a background on the Thor software and how it’s used against high-frequency trading.

How High-Frequency Traders Use Speed

Speed is a crucial factor in stock trading. Traders who can lower their latency times, or the time between sending and receiving a signal about market data or a stock order, have an advantage over other traders.

Latency times can differ between exchanges and investors depending on how close to an exchange an investor physically is, since the further the electric signal has to travel through wiring, the longer it takes to execute an order. HF traders work so quickly that they can buy or sell orders in microseconds, so if a stock has changed its price on one exchange but there’s a lag of fractions of a second before it changes its price on another exchange, the HF trader can take advantage of that difference and make a risk-free profit.

Because of this almost-instantaneous purchasing power, HF traders can detect and act upon an order placed by a regular investor and profit off the market movements prompted by that order, lowering the profit for that regular investor.

(Shortform note: In Flash Boys, Michael Lewis asserts that speed is an important factor in high-frequency trading, critics argue that speed has always been an important factor in any trading. This may be one reason that HFT has still gone unregulated, as regulators haven’t identified where to draw the line when it comes to speed and whether it’s even appropriate to punish certain traders solely because they deployed better technology to decrease the latency times of their trades.)

After discovering these HFT tactics and Wall Street’s greedy response to it, Katsuyama and his team decided to fight HFT rather than mimic its tactics to make money. We’ll discuss his team’s first attempt at fighting HFT: the Thor software.

As their first step to addressing HFT techniques, Katsuyama’s team developed a trading software called Thor. Lewis explains that the Thor software slowed down a broker’s order so that it arrived at all exchanges simultaneously. While it may seem counterintuitive to go slower, this tactic actually helped Katsuyama’s team successfully fill their orders and saved them money. Slowing the orders down prevented an HF trader from front-running it to another exchange and changing the price of the stock.

For example, without Thor, a broker’s order arrived at BATS in three milliseconds and NYSE in six milliseconds. In the three milliseconds before his order got to NYSE, an HF trader saw his order at BATS, thus revealing that there was a known buyer for a particular stock. The HF trader raced to NYSE, bought that stock, and sold the stock to the broker at a higher price.

But the Thor software slowed down the speed of the broker’s BATS time, meaning his orders arrived at both BATS and NYSE in six milliseconds. The HF trader then wouldn’t have a time advantage, removing the opportunity to front-run the trader’s order.

As a first attempt to fight HFT, the Thor software took a counterintuitive approach by slowing down their latency rather than increasing their speed to match or beat HFT. This tactic inverts a strategy that Sun Tzo outlines in The Art of War, which states that momentum is the life force of any conflict. When momentum is on your side, you have the advantage. You can create this advantage by manipulating your enemy into action.

But by recognizing that they could never match or beat HFT’s momentum (speed), Katsuyama’s team avoided conflict (in this case, HFT’s ability to front-run) by reducing their own momentum (slowing down some of their stock orders), thus manipulating their enemy (HFT) into inaction (not frontrunning their orders) rather than action.

What Are the Main Causes of Poverty? A Christian View 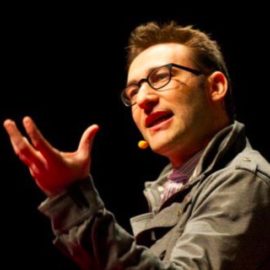