What are some of the best The Last Lecture quotes? How can these quotes help you better understand and apply the lessons of the book?

These seven The Last Lecture quotes are from the end of Randy Pausch’s life. Pausch was given just months to live and wanted to use his Last Lecture as a Carnegie Mellon professor to share the most important lessons he learned in life.

When computer science professor Randy Pausch was invited to deliver a “Last Lecture” at Carnegie Mellon University in Pittsburgh in September 2007, he’d been diagnosed with pancreatic cancer. The Last Lecture was a Carnegie Mellon speaker series in which professors were invited to present their philosophy of life, imagining the lecture was their last chance to share personal and professional life lessons.

In Pausch’s case, it really was a last chance to impart life lessons—he’d been given just months to live. But more importantly, he viewed the lecture as his legacy for his three young children, who would grow up without him there to guide them.

Below are seven The Last Lecture quotes from Randy Pausch.

“The key question to keep asking is, Are you spending your time on the right things? Because time is all you have. ”

The fist of The Last Lecture quotes talks about the importance of time. Even before he got cancer, Pausch believed strongly in managing time well and emphasized this to his students. He believed that spending time on irrelevant details in life is as useless as polishing the underside of a banister. Pausch encouraged things such as, making a to-do list, prioritizing the most important things, delegating tasks, and taking time off.

Pausch’s diagnosis reinforced his belief that time is a precious asset. Cancer also taught him that time is finite and you may not have as much as you think.

“Showing gratitude is one of the simplest yet most powerful things humans can do for each other.”

When people give you their time and attention, write them a thank-you note. You’ll stand out because thank-you notes are rare, which may benefit you in the future. But more importantly, showing gratitude is a sign of character. If you can’t adequately pay someone back for a kindness, pay it forward. Pausch made a point of showing gratitude in both large and small ways. For instance, he sent cookies to colleagues who reviewed journal articles for him. Also, after receiving tenure, Pausch thanked his research team for their contribution to his success by taking them on a week-long trip to Disney World.

“Too many people go through life complaining about their problems. I’ve always believed that if you took one tenth the energy you put into complaining and applied it to solving the problem, you’d be surprised by how well things can work out.”

The third of The Last Lecture quotes discusses the problem with complaining. Complaining doesn’t advance your goals or make you happier. When you run into challenges, work harder rather than complaining. Jackie Robinson, the first African-American to play Major League baseball, knew he had to work harder than white players and, despite harassment from fans, that’s what he did.

”When you’re screwing up and nobody says anything to you anymore, that means they’ve given up on you.”

That was the advice an assistant coach gave Pausch after a practice in which the coach had pushed him hard. Your critics are often the ones who care about you and want you to improve.

“People are more important than things.”

Before he was married, Pausch enjoyed being an uncle to his sister’s two children. He took the role seriously, trying to teach them life lessons and new ways of thinking. He had two rules for their outings: don’t whine and don’t tell mom what they’d done with their uncle.

Once, when the kids were seven and nine, he picked them up in his new convertible. As they climbed in, their mother warned them not to get it dirty. Hearing this, Pausch calmly opened a can of soda and poured it onto the cloth-covered back seats. His message was that a car is just a possession—and people are more important than things. Later that weekend, when his nephew got the flu and threw up on the car seat, Pausch was glad he’d delivered that message.

“Are you a Tigger or an Eeyore?”

Pausch believed everyone has a choice in life to be like one of two Winnie-the-Pooh characters: you can be like fun-loving, exuberant Tigger or like gloomy Eeyore.

Throughout his life, Pausch was a Tigger, looking for the fun in everything. Even having cancer didn’t turn him into an Eeyore—he made a point of having fun each day he had left. Pausch vowed to hold onto his Tigger persona to the end, saying there wasn’t any “upside” to being a sad Eeyore.

”If I could only give three words of advice, they would be ‘tell the truth.’ If I got three more words, I’d add: ‘All the time.’ My parents taught me that ‘you’re only as good as your word,’ and there’s no better way to say it.”

The last of the 7 The Last Lecture quotes is about honesty. People often lie to avoid expending effort and they usually think they got away with it. But most often, they didn’t. The people you lie to always remember it and tell others.

What NOT to Do When Discussing Accountability Issues 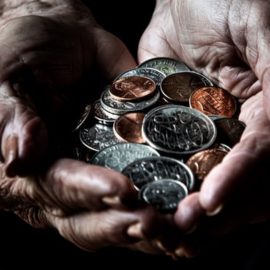 3 Timeless Lessons From the Babylonian Parables

How to Meet People Without Dating Apps