How does the Federal Reserve System affect the economy? Should it be abolished? If so, how?

In his book The Creature from Jekyll Island, Edward Griffin argues that much of what the Federal Reserve does is contrary to the best interests of the American people. He lays out a case that the Fed harms the economy, and he offers a strategy to abolish the system.

Continue reading for an overview of this thought-provoking book.

Overview of The Creature From Jekyll Island

(Shortform note: While “Jekyll Island” might sound like something out of horror fiction, thanks to the famous novel Dr. Jekyll and Mr. Hyde, the island is a real place in the state of Georgia. It was named after an English financier long before the horror novel was written. Today the island is a state park.)

As an author and filmmaker, Griffin is known as a conspiracy theorist. Among other things, his books and movies support the chem-trail conspiracy and a theory that the pharmaceutical industry has long known about and concealed the cure for cancer. In The Creature from Jekyll Island, he asserts that wealthy financiers conspired to create the Federal Reserve (the Fed) and that they dictate its operations to this day. He weaves his rationale for abolishing the Fed together with historical anecdotes and evidence for his conspiracy theories to make his book read more like a detective story than a financial textbook. However, many of his reasons for wanting to abolish the Fed relate to what it does and how it operates, irrespective of who controls it.

Griffin believes there are always webs of conspiracy running through and behind the power structures of every civilization. In his view, explanations based on conspiracy tend to be more credible because they are consistent with human nature: Humans naturally tend to be self-serving.

When they met on Jekyll Island, prominent bankers designed the Federal Reserve System to function as a banking cartel. Griffin explains that disguising the banking cartel as a government agency not only gave it the appearance of legality and legitimacy but also gave it two important advantages over most cartels: It could use tax dollars to fund its operations and bail out its members, and it made use of the government’s police powers to enforce the cartel’s decisions.

Griffin asserts that many prominent people in the banking cartel, as well as their modern-day successors, also have ties to a secret society. The society’s ultimate goal is to create a one-world government, which they would control by controlling the world’s wealth and providing financial backing only to political leaders they could easily manipulate.

According to Griffin, part of the secret society’s agenda involves weakening America’s economy, reducing America’s industrial capacity, and lowering Americans’ standard of living so that the United States will be less able to resist giving up national sovereignty to an international government. This would explain why the Federal Reserve facilitates so much harm to the American economy.

The Problems With the Federal Reserve

Beyond his allegation that it was created through a conspiracy and continues to be run by conspiracists who probably don’t have your best interests at heart, Griffin identifies several problems with the Federal Reserve System that would warrant its abolition in and of themselves.

Griffin asserts that the Fed facilitates and legalizes fraud by allowing banks to engage in fractional lending. Griffin argues that fractional lending is fraudulent because the bank is essentially loaning out money it doesn’t have, making it look like the money is in two places at once.

The Fed Destabilizes the Economy

First, Griffin asserts that, by facilitating fractional lending, the Fed amplifies normal cycles of economic growth and contraction, thereby creating economic instability. With fractional lending, money gets repeatedly double-counted, so the total amount of money in circulation grows exponentially as long as banks are making loans.

Thus, as Griffin explains, when the economy is growing and businesses are borrowing money to finance new start-ups, the money supply grows rapidly. All the additional money in the economy creates a temporary boom. But, as the supply of money increases, its purchasing power diminishes, and prices rise. As prices rise, some businesses are unable to complete their expansion projects or start-ups. As these ventures fail, the economy begins to contract.

Businesses stop borrowing and start trying to cut expenses. Some repay their loans, others default on them, and the same process that caused the money supply to expand now works in reverse, causing it to decrease exponentially. With money in short supply, the economy goes into recession. This is how fractional lending causes boom-and-bust cycles in the economy.

The second way that the Fed destabilizes the economy, according to Griffin, is by sheltering banks from the consequences of poor business decisions, thereby incentivizing them to engage in risky business practices.

Mechanism 1: Lender of Last Resort. The Fed insulates banks from risk by ensuring that they can always borrow enough funds to meet their immediate obligations. This incentivizes practices like fractional lending.

The Fed Taxes Us Through Inflation

Griffin asserts that the Fed is responsible for inflation, and he is concerned that inflation constitutes an unfair, hidden tax whereby the American people pay for the government’s expenditures without realizing it. The Fed creates as much additional currency as the government needs to finance its operations. However, as the supply of US dollars increases, the purchasing power of each dollar decreases. This is inflation.

The Fed Finances War and Waste

The primary example that Griffin gives of wasteful government spending is war and defense spending in preparation for possible wars. Griffin also expresses concern that welfare programs, foreign aid, and environmental protection initiatives often end up spending money wastefully. If the Fed couldn’t create unlimited currency to loan to Congress, these types of programs would have to be cut or at least run more efficiently.

How to Abolish the Federal Reserve

Griffin insists that the Fed should be abolished, but he concedes that simply repealing the law that created the Fed and shutting down the system would be disastrous for the US economy. This is because the economy runs on currency issued by the Fed. If all that currency disappeared, the economy couldn’t function. So, Griffin proposes a sequence of actions that would successfully abolish the Federal Reserve System and correct the problems we’ve discussed:

The resulting shift toward better banking practices among the surviving banks will ultimately make the economy more stable. 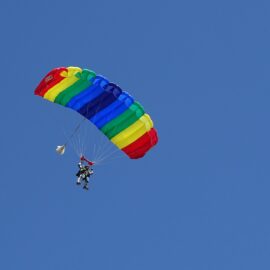 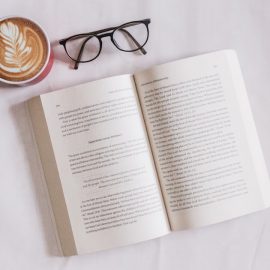