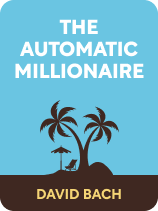 This article is an excerpt from the Shortform book guide to "The Automatic Millionaire" by David Bach. Shortform has the world's best summaries and analyses of books you should be reading.

Is The Automatic Millionaire worth reading? What is David Bach’s process for automating wealth-building?

The Automatic Millionaire provides a simple but powerful action plan for you to quickly automate your finances, build your wealth, and achieve financial freedom. David Bach argues that, with just a few dollars a day, you can immediately benefit from this book’s advice and start growing your finances.

The following The Automatic Millionaire review will cover the book’s context, the author’s background, and critical reception.

The book was first published in 2003. This guide is for the 2016 edition, which includes new and updated information on topics such as financial apps and taxes.

Within weeks of its publication, the first edition of The Automatic Millionaire had ranked as the bestselling title on The New York Times, The Wall Street Journal, USA Today, and BusinessWeek.

Bach’s thousands of media appearances—including features on NBC’s Today Show and The Oprah Winfrey Show—combined with profiles in many major publications, including The New York Times, People, and The Wall Street Journal, greatly contributed to the book’s success. His frequent media exposure, coupled with powerful endorsements, enabled Bach to inspire millions of people, build trust with American audiences, and quickly spread his simple and actionable wealth strategies.

As a result of his popularity with American audiences, The Automatic Millionaire spent 31 weeks on the New York Times bestseller list and sold over 1.5 million copies. It’s since been translated into over 12 languages.

Bach continues to help people of all ages and income levels make sense of their finances, and he enjoys enormous success: 12 of his books have become Wall Street Journal bestsellers, and he’s had 10 consecutive books appear on the New York Times bestsellers list.

Many The Automatic Millionaire reviews say that, while The Automatic Millionaire doesn’t include any new ideas about personal finances, Bach’s practical and simple presentation of financial concepts makes the steps easy to understand and follow. Reviewers generally regard the book as an encouraging and motivating resource for beginners, and many reviewers gift it to teenagers to foster financial awareness.

However, the simplicity of the book also puts many reviewers off—some have remarked that Bach writes in a “cheesy” and “patronizing” way and over-explains the concepts. These reviewers feel that the book’s length doesn’t justify the material covered.

There are nine chapters in this book. The first and last chapters summarize the material within the book. The remaining chapters focus on how you can automate your finances in the following areas: cutting your expenses, funding your retirement, investing your money, saving for emergencies, buying a home outright, clearing your debts, and donating your money to good causes.

Strangely, Bach provides advice on how to tackle your debts in his seventh chapter, after he encourages you to buy a home. Some reviewers have questioned the logic behind his decision since buying a home before you clear your debts would not only incur additional debt but also increase your financial worries.

Bach offers simple explanations throughout his book and provides real-life examples of successful “automatic millionaires” to motivate you, as well as links to resources so that you can take immediate action on his suggestions.

Review of The Automatic Millionaire by David Bach

Like what you just read? Read the rest of the world's best book summary and analysis of David Bach's "The Automatic Millionaire" at Shortform .

Here's what you'll find in our full The Automatic Millionaire summary : 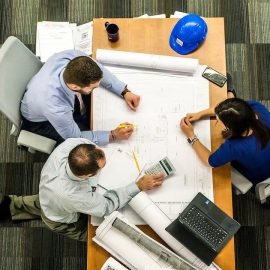 What You Do Is Who You Are: Review & Reception