What was Peter Skillman’s spaghetti challenge experiment? What do the results of the experiment teach us about effective teamwork?

Peter Skillman’s spaghetti challenge experiment teaches us that that the intellect or experience of individual team members is not the key indicator of team success. Rather, it is their ability to work together as a unit.

Why do certain organizations become greater than the sum of their parts while other groups fall short? This is the question that designer and engineer Peter Skillman set out to answer. To this end, he developed a test to determine how group synergy impacted success.

He asked two teams (one consisting of kindergartners and the other—of MBA students) to build the tallest structure possible using uncooked spaghetti, tape, string, and a marshmallow.

The MBA students got caught up in a process known as status management. Status management is when team members attempt to figure out who’s in charge, where they fit into the group, and how they are supposed to interact with their fellow team members. The MBA students spent so much time trying to figure all of this out that they failed to effectively solve the problem in time.

The kindergarteners, on the other hand, had no concerns about their place in the group. Instead, they immediately began experimenting, playing with different methods of construction, calling out issues as they saw them, and offering assistance to their team members without hesitation. Though their efforts seemed chaotic, they were actually working in a more efficient way than their business school counterparts. The kindergarteners may not have had the education, experience, or skills that the MBA students possessed, but their interactions were informed by a group culture that allowed them to work without fear.

So, what does all this have to do with teamwork? The results of Skillman’s experiment show that the intellect or experience of individual team members is not the key indicator of success. Rather, it is their ability to work together as a unit. Think of group culture like a machine. If all of the cogs are intricate but don’t operate with the other cogs, the machine won’t run. You’re left with an expensive, but useless piece of junk. On the other hand, if all of the cogs operate smoothly with one another, the machine runs efficiently, even if some of the cogs aren’t as developed as the others.

The 5 Stages of Business Evolution: The STARS Model 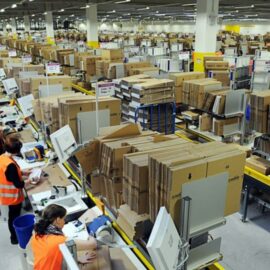