What is Southwest Airlines’ marketing strategy? How has knowing their WHY led to a more successful business?

We’ll cover Southwest Airlines’ marketing strategy and look at how they achieved success when they understood their purpose. From Simon Sinek’s Start with Why.

Great leaders and organizations start by winning people’s hearts, then appeal to their minds. They begin with WHY–the emotional, ideological draw–then focus on the WHAT and the HOW. This is part of Southwest Airlines’ marketing strategy.

Leading from the gut can lead to counter-intuitive approaches. Visionaries see what most of us don’t see and have no idea to ask for. But when we see it, we know we want it.

For example, John F. Kennedy assumed the office of United States President during tough times. But instead of focusing on WHAT he planned to do, he famously started with WHY: serving the country.

Southwest Airlines was founded by Herb Kelleher and Rollin King in 1967 in order to make low-cost air travel available to everyone. At the time, only 15 percent of Americans traveled by air because it was so expensive.

Here’s how they used The Golden Circle in order to create a winning Southwest Airlines’ marketing strategy:

The WHY, HOW, and WHAT all came together in a balanced mix, which led to amazing customer loyalty and a successful Southwest Airlines’ marketing strategy.

People heard Southwest’s message loud and clear, saw that the company supported their WHY in every aspect of the business, which created authenticity and trust. It came through in their tagline: “you are now free to move about the country.”

That’s the reason competitor airlines like Ted and Song–which were created by United Airlines and Delta to compete with Southwest–ultimately failed within four years of launching. While it was clear their WHAT was to provide cheap flights, they lacked a WHY. It felt inauthentic – these were just old airlines trying to grab a share of the market. As a result, they became commodities competing on price, rather than inspiring loyal customers. They couldn’t compete with Southwest Airlines’ marketing strategy.

Embracing the three principles of The Golden Circle–and keeping them balanced–has had a hugely positive impact on Southwest Airlines’ business. Now, people choose to fly Southwest for more than just their low fares. They choose Southwest because it’s a company that inspires them. Southwest’s WHY is clear, which means even when their routes and prices aren’t the best, people still choose to fly them over the competition.

In the 1970s, Southwest changed their flight attendant uniform to hot pants and go-go boots, and the only people who applied for the job were cheerleaders and majorettes.

That ended up being a perfect alignment to Southwest’s WHY, since they were also cheery and uplifting. It was a perfect fit with Southwest’s commitment to fun. As a result, Southwest started actively recruiting majorettes and cheerleaders to be flight attendants. This was another piece of Southwest Airlines’ marketing strategy.

Building a Startup: Begin With a Strong Foundation 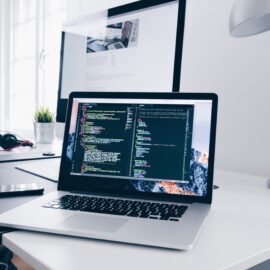