Is remembering repressed memories a good thing or a bad thing? What did Oliver Sacks’ patients teach him about the brain and memory?

Oliver Sacks, psychologist and author of The Man Who Mistook His Wife for a Hat, wrote about four patients with sensory and memory issues. Sacks explores the upsides and dangers of remembering repressed memories and the side-effects of treatment.

Continue reading for Oliver Sacks’ research on memory and sensory.

Is remembering repressed memories real? Yes. L-Dopa is an amino acid used to treat Parkinson’s disease. It can also trigger forced memories and reactivation of older versions of the self. One of Sacks’s patients, a 63-year-old woman with Parkinson’s, found herself with a sharply resurgent sexual drive after being administered L-Dopa. But the renewed libido was really just one component of a broader transformation. This woman came to relive the life her younger self had lived during the 1920s. Like Mrs. O’C’s musical reminiscences, this woman found herself effortlessly remembering long-forgotten songs and jokes from the period. Even more remarkable, she began using the idioms and slang from that time. When the L-Dopa levels were brought down, the forced reminiscences ceased.

To some extent, we all experience these journeys to the past through the common experience of déjà vu, the mysterious sense that one has lived through some present situation already. Often, such rushes of reminiscence are triggered by sensory experiences like music or smell. In these moments, we are transported to another time and place. It suggests that these memories are permanently stamped in the brain, awaiting the right stimulus to reactivate them and make them “real” once more.

(Shortform note: The most famous work on involuntary memory may come from the world of literature. In Marcel Proust’s seven-volume novel A Remembrance of Things Past, the narrator takes a bite of a madeleine, a French tea cookie he’d eaten as a child. The smell, texture, and taste of that one bite of cookie cause a vast surge of long-forgotten memories and imagery of the past to come flooding back into his consciousness.)

Bhagawhandi’s Journey to the Past

Bhagawhandi was a young woman of Indian origin who was suffering from a brain tumor that caused seizures in her temporal lobe. The seizures transported her to the scenes of her girlhood in India, an experience she found enjoyable.

But her dreams were far more vivid and lucid than those often produced by temporal lobe seizures. They were no mere hallucinations or flights of fancy. They were rich and detailed, presenting consistent and coherent landscapes and characters. She saw her childhood home, village, and the surrounding countryside in vibrant detail. She was not merely seeing these scenes—she was inhabiting and experiencing them.

As we saw with Penfield’s research, there was a “doubling of consciousness.” The visions occurred alongside and supplemented Bhagawhandi’s real experiences, enabling her to describe to Sacks and the other doctors what she was seeing and experiencing.

Bhaghawandi knew that she was dying from her tumor. She saw the visions as a homecoming that was getting closer and closer as her illness progressed. She retreated further and further into her dream world, before she came to live there exclusively right before her ultimate death. Her journey to the past was finally complete.

But the reactivation of lost memories can also be dark and disturbing. One Sacks patient named Donald tragically murdered his girlfriend while under the influence of PCP. Because of the drug, he had no memory of committing the act. He was sentenced to a hospital for the criminally insane (although staff seriously doubted whether he was criminal or insane—psychologically speaking, the murder had, for psychologically speaking,, been committed by another person).

After five years, Donald was released on weekend parole, which allowed him to journey outside the prison campus before returning at the end of the week. One day while bicycling, he became involved in an accident that caused damage to his frontal lobes and even put him in a coma for two weeks. When he awoke, Donald began remembering repressed memories and having awful nightmares of the long-suppressed murder. The nightmares turned into waking visions, in which he could remember and see it now in all its horror.

Interviews with police showed that the details of his nightmare-visions corresponded perfectly with the forensic evidence. It was impossible for Donald to have known some of the particularities that he described from outside sources—because the details were too gruesome to have been revealed in open court during his trial. The only explanation was that the damage to his frontal lobes had reactivated the memory, which he now could not escape.

We’ve seen other patients who experienced disinhibitions, like Ray with his tics and Natasha with her reactivated libido. But Donald’s disinhibition was not related to some aspect of his personality or behavior. What was being disinhibited, instead, was his capacity to repress this traumatic memory.

Thankfully, with therapy and anticonvulsant drugs, Donald’s temporal lobes returned to a normal state and he found peace in gardening and nature, away from people. He got to a place where he could remember the murder, but was no longer consumed by it.

One final example of the transformative power of the brain to open new avenues of consciousness and transport the individual to another plane of being can be seen in the case of a young medical student named Stephen. Stephen was a heavy user of cocaine and amphetamines. One night while he was high on these stimulants, he dreamed that he was a dog and could experience the world through the sense of smell.

When he awoke, he found that the dream had come true. His nose suddenly became a key that unlocked the door to a world he’d never known. It was like nothing he’d experienced before, as if he had been “blind” to the world of smell and was “seeing” it all for the first time. He was able to distinguish everything in the world by the sense of smell. Even people were identifiable purely by their smell (he claimed that everyone had a unique “smell-face”) and he was able to navigate New York City purely through smell.

After three weeks, Stephen’s dog-like state abated. He resumed normal functioning, but he missed the richness and immediacy of what he’d briefly experienced and, now, permanently lost. Like Mrs. O’C and Bhaghawandi, he had caught a fleeting glimpse of a world lying just beneath the surface. 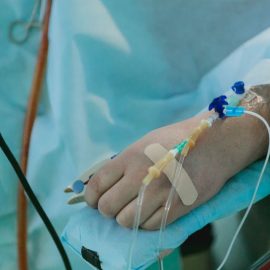 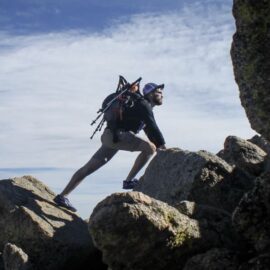 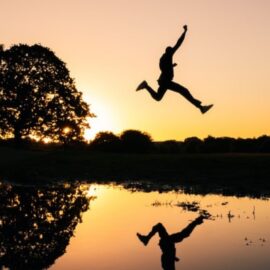