Why is nihilism harmful to your psychology? How can you work on overcoming nihilism?

Nihilism is one of the major obstacles that could stand in your way when looking for meaning and practicing logotherapy. This is why overcoming nihilism and nihilistic ideas is important.

Read more about overcoming nihilism to find the meaning of life, and how it can help you with logotherapy.

Again, nihilism is the belief that life is meaningless. The nihilism we suffer from today is a personal, private one that each individual suffers alone. After all, there can be little camaraderie in the idea that everything’s meaningless. This is why overcoming nihilism is important.

Once you fall into one of those frustrations, you can start to feel empty, distant, and aimless, and it gets harder to pull yourself out of this emotional place. Logotherapy refers to this place as an existential vacuum and stresses the importance of overcoming nihilism and nihilistic ideas.

Our frustrations with existence primarily surface when we’re bored. “Sunday Neurosis” is a depression that affects people who get through a very busy week only to reach Sunday and, in their boredom, realize how discontent they are with their lives, that there’s some inner void that isn’t filled. And, of course, with the continuing rise of automation, many of our day-to-day purposes will be stripped from us–robots will do our jobs. That plus extended life expectancies mean that we might hopefully have many years of old age when we don’t have a larger societal purpose like a job.

Prolonged existential frustration can lead to depression, aggression, addiction, or neuroses, which are mental fixations that result in different symptoms of stress.

You might be wondering how we got here–what could cause a generation-wide existential vacuum? Paradoxically, it could be the improvement of living conditions and freedom of choice.

But now, with modernization and greater freedom of choice, we’ve lost touch with a lot of old human traditions that guided our behavior. There is no more instinct or tradition telling us what to do. Now we have to decide for ourselves what to do, and often we don’t know what that is – which leads to a lack of meaning.

Logotherapy gives us a framework to help us resist nihilism: if we assume life has meaning and our primary drive is to find that meaning, then it becomes about how to find that meaning instead of questioning whether a meaning exists at all. In Frankl’s opinion, logotherapy is a better way of overcoming nihilism than the more traditional and well-known psychotherapy. 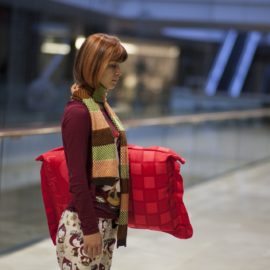