Is there such a thing as natural athleticism? What is more important when it comes to sports performance—practice or innate ability?

Different sports place different demands on the human body. Sprinters need to be fast. Soccer players need to be coordinated. Most people’s mental model of a female gymnast would be of someone small in stature, while our mental model of a basketball player is likely tall. We can train our bodies to be the best they can be at a sport, but no amount of training can override natural athleticism.

Keep reading to learn about natural athleticism and where it comes from.

As sports become more competitive, athletes often start to look more and more similar to each other in regard to certain traits. At the most elite level, athletes competing in the same event often share remarkably similar body types. This is no coincidence.

The Most Useful Physical Traits by Sport

Epstein notes that athletes competing in the same event at the elite level often look strikingly similar to each other. Though they may come from different corners of the globe, they often look more like each other than many siblings do in terms of body type and proportions. This is because physical features provide sport-specific advantages. The more competitive sports become, the more difficult it becomes to excel without natural athleticism.

(Shortform note: This is not to say that anything is impossible. Muggsy Bogues is famous for playing 14 seasons in the NBA at only 5 feet 3 inches.)

Next, we will explore some of the traits that Epstein highlights as being shared by athletes in the same sport and discuss how these traits provide a sport-specific advantage.

Basketball players in the NBA are generally much taller than the average man. Only 5% of men in the US are taller than 6 feet 3 inches. The average height of an NBA player is 6 feet 7 inches. Height is a clear advantage in basketball. It puts you nearer the hoop for both shooting and rebounding and allows you to block shots more effectively while being harder to block.

A man’s chances of playing professional basketball correlate strongly with his height.

In addition to height, having long arms is an advantage in basketball. Basketball players generally have a very large wingspan, far outside the norm for the general population. Epstein explains that arm span is a pretty good approximation of height for most of us. (For context, an arm span to height ratio greater than 1.05 is abnormal and can be a sign of a disorder called Marfan syndrome, characterized by elongated arms and legs). The average ratio for NBA players is 1.063. This means that a 6 feet 7 inches tall player can have arms that would fit a seven-foot frame.

Epstein notes that a large wingspan is an advantage in basketball, especially when blocking shots. “Shorter” players usually have an even greater wingspan to height ratio than their taller teammates, which balances out their lack of height.

One size does not fit all for runners. Epstein explains that different leg lengths, leg proportions, and height have such an impact on performance that runners’ measurements often differ by event. We will look at a few examples.

Epstein cites wide hips as a biomechanical disadvantage because it creates a greater angle from the hip to the knee. Energy that could be used for forward motion is lost to compression in the hips.

In a sport where athletes are often airborne and rotating, Epstein explains that the laws of physics make being small in stature an advantage. Watching the opening ceremony of the Olympic games, it is clear how small female gymnasts are compared to other athletes. The average height of a female gymnast is about 4 feet 9 inches, much shorter than the average American woman at 5 feet 4 inches, and certainly much shorter than athletes from other sports.

(Shortform note: Smaller athletes have smaller moments of inertia than larger athletes. This means that it takes less force for them to get their bodies moving into a flip, rotation, or spin than it would take a larger athlete. Larger gymnasts have to generate more force to complete the same movements. Larger athletes also have more mass farther away from their axis of rotation, which means that any rotation will require more force to initiate and will slow down faster (This is why figure skaters spin faster when they pull their arms into their bodies.))

Female gymnasts also have very narrow hips. Epstein cites the benefits of having a small, linear build as a primary reason female gymnasts are generally much younger than other Olympic athletes. Many elite female gymnasts peak in their teens and are considered “old” by the time they reach their twenties. Epstein notes that growth spurts and changes to a young athlete’s figure during puberty can be detrimental to a gymnast’s career.

(Shortform note: A study found that smaller gymnasts who had larger strength to weight ratios were better able to perform whole-body rotation skills than larger athletes. The study also found that as an athlete grew, her ability to perform specific skills (particularly back rotations) was negatively affected, while her ability to perform others was unchanged. (This may be because as athletes grow, they become more powerful, which can be an advantage for specific skills).

Epstein notes that female divers also have narrow hips, presumably for the same reason as gymnasts (their dives are entirely airborne and often include multiple rotations and flips).

In contrast to long legs in running, longer torsos relative to height are an advantage in swimming. Epstein cites a study of Olympic athletes that found that male swimmers were 1.5 inches taller on average than Olympic sprinters, but the swimmers’ legs were half an inch shorter. All of the extra height was in their torso. Long torsos mean more surface area gliding through the water, which helps swimmers move at high speeds. Epstein highlights Michael Phelps, who is 6 feet 4 inches tall but only has a 32-inch inseam, as an example.

(Shortform note: In contrast to running events, one study of Olympic athletes found that the same body type was beneficial across all swimming events. Swimmers did not become leaner with increasing race distances as runners did.)

Weight lifters and water polo players share the trait of having disproportionate forearms compared to the general population. Water polo players tend to have long forearms relative to their total arm length. Epstein notes that this allows them to better “whip” the ball during play.

(Shortform note: The length of forearms in ball sports is an example of just how specific different advantageous traits can be in different sports. While a longer forearm may be useful in water polo, the opposite may be true for baseball pitchers. A pitcher’s arm forms a lever that applies force to the ball. Having a shorter forearm means less inertia at the end of the lever and allows the pitcher to release the ball at a higher speed.)

In contrast to water polo players, weight lifters often have relatively short forearms. Just as in throwing a baseball, weightlifters’ arms act as a lever to apply force to the bar. Having a shorter forearm means that the weight does not have to travel as far during lifts. Because of this, Epstein notes that the bench press may be a misleading test when it comes to selecting the most promising football players. A heavy bench press could be aided by short arms, which is not necessarily a desirable trait on the field.

(Shortform note: Short limbs provide a mechanical advantage to lifters by reducing torque as well as the total distance that the weight must be moved. (Torque can be thought of as force around an axis of rotation. The farther away the force is from the axis of rotation, the greater the torque.)) 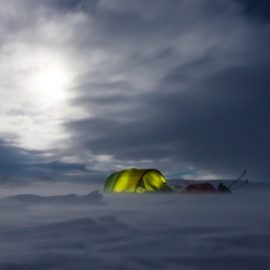