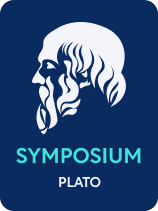 Socrates’s speech mainly consists of him recounting a past conversation he had with a wise woman named Diotima. Diotima, he says, taught him everything he knows about love. Socrates (and perhaps Plato through him) uses Diotima to appeal to the perceived feminine “expertise” in his arguments, scholars suggest.

Let’s examine Diotima’s explanation—but keep in mind Socrates is actually the person present and speaking at the party.

Socrates and Diotima’s Description of Eros

In his speech, Socrates evokes Diotima as he describes the nature of Eros, the god of love. According to Diotima, Eros is not beloved, but rather is a lover—one that desires and seeks out beautiful things. Instead of a soft, youthful, and beautiful god, he’s an old, tough, and hardened spirit. He acts as a messenger between the humans and gods, delivering human prayers and offerings to the gods and divine instructions or blessings to humans.

(Shortform note: In a dialogue primarily concerned with the intellectual and homoerotic lives of men, it might seem confusing that Socrates cites a woman for his views on love. Socrates cites Diotima as a way to gain credibility. Diotima speaks at length on childbirth, pregnancy, and reproduction, all subjects strongly associated with women and femininity in ancient Athens.)

To explain this conclusion, she further defines the act of loving and what it reveals about Eros.

Diotima begins by describing the act of loving—after all, loving is by definition what Eros does. She reaches the following two conclusions:

(Shortform note: Some scholars suggest that because of these two conclusions, Plato presents a tragic view of love. By definition, Plato says we love what we don’t have and can never get—if we ever got the object of our love, then we’d either stop loving it or worry about losing it in the future. She suggests that those with an excess of such desires can often end up as tragic figures, with lives defined by longing, incompleteness, or a lack of satisfaction. As you read the rest of the guide, keep in mind how Plato’s view on love might create such a tragic figure—especially once we get to Alcibiades’s speech.)

Based on her conclusions about loving, Diotima outlines four things that Eros is not:

However, this doesn’t mean that Eros is ugly, bad, ignorant, and mortal—instead, he exists somewhere between all of these extremes. Someone who is entirely bad doesn’t desire goodness, and someone who is entirely ignorant is unaware of their ignorance and therefore doesn’t desire wisdom. Therefore, Eros has just enough wisdom and goodness to recognize what he doesn’t have—and to recognize that he wants it.

(Shortform note: Plato’s Apology clarifies what it means to be “between extremes,” particularly the extremes of wisdom and ignorance. In the Apology, Socrates distinguishes between divine wisdom and human wisdom: Divine wisdom (the wisdom of the gods) is absolute knowledge of all things, while human wisdom is the ability to recognize how little you actually know. Socrates suggests that people are better off recognizing what they don’t know than they are incorrectly assuming that they have knowledge—recognizing you know nothing encourages you to learn and examine the world around you. Diotima describes Eros as having a similar type of wisdom since he both desires knowledge and lacks the divine wisdom of the gods.)

Alcibiades and Love of Socrates

At the end of Socrates’s discussion of love, the young man Alcibiades crashes the party, drunk, and gives a speech not on love, but on Socrates. In his speech, Alcibiades discusses his love for and difficulty courting Socrates. His description of Socrates seems to describe someone who has completed the ascent—a person who concerns themselves with abstract knowledge rather than concrete physical pleasures or pains. Alcibiades’s two main points both emphasize Socrates as a man unconcerned with physical things:

1) Switching the lover and beloved: Alcibiades, a beautiful young man, expected Socrates to pursue him as the lover to his beloved. However, while Socrates would happily spend time with Alcibiades and talk to him, he never showed any sexual interest. Frustrated and in love, Alcibiades switched the normal dynamic: He acted as a lover pursuing Socrates as his beloved. Despite his very forward pursuits, though, Socrates still never had sex with him.

2) Socrates’s strength and bravery: Alcibiades also discusses Socrates’s physical strength and stamina as well as his courage. He says that Socrates never seems affected by physical challenges like cold, drunkenness, or tiredness. In addition, he talks about the time they spent in war together, where Socrates never showed fear and even saved Alcibiades’s life in a battle. (Shortform note: Understanding the role of Alcibiades in the Symposium requires some historical context. The real Alcibiades was an Athenian statesman who famously defected to the enemies of Athens in the Peloponnesian War. Scholars suggest that in the Symposium, Plato connects the physical desires of Alcibiades to his political and moral “corruption,” showing that they disrupt virtuous and philosophical life. This shows in Alcibiades’s speech and actions: He crashes the party drunk, speaks out of order (like Aristophanes), doesn’t talk about love (talking instead about his lust for Socrates—he “descends” the dialogue from discussing beauty itself to discussing one individual) and leaves the door open for others to enter and cause chaos.)

Diotima and Socrates: Love as Eros 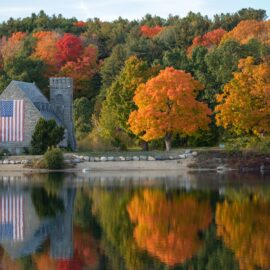 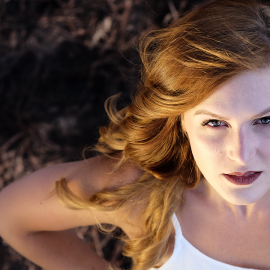 How to Face Challenges in Life: Stoic Advice From Epictetus 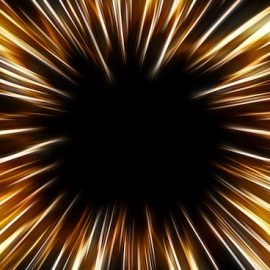 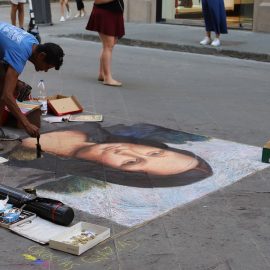