Who is Leon, the tattooist of Auschwitz’s assistant? What impact did Leon have on Lale’s life? What happens to Leon?

Leon in The Tattooist of Auschwitz is Lale Sokolov’s assistant. The two become close because they spend so much time working together and it is often Leon who gets punished for Lale’s insubordination.

Keep reading about Leon, the tattooist of Auschwitz’s assistant.

Leon, The Tattooist of Auschwitz’s Friend

Leon in The Tattooist of Auschwitz is Lale’s assistant and this is his story.

Lale is now the new tattooist, and Baretski is his new direct supervisor. Their fates are now entwined, Baretski tells Lale, and he knows Lale will not do anything to embarrass or endanger him. As a perk of the job, Lale will be moved to a new room. He is now part of the political branch of the SS and needs to be isolated for protection.

Lale isn’t sure what to say, but he doesn’t want to do the job alone. He convinces Baretski to give him an assistant to make the work go faster and keep Houstek happy. Baretski pulls a random man from the line and tells him he is now Lale’s assistant. Lale looks at the young man, Leon, the tattooist of Auschwitz’s new assistant, and delivers the same speech Pepan gave him. If he worked hard, it could save his life.

A New Vocation in a Dark World

The tattooist job comes with other perks, not all of which Lale is happy about. His new room is the kapo’s quarters of an empty block near the construction zone. Stretching out in bed for the first time in months is a treat, but Lale misses the camaraderie of the men in Block 7. He also gets to take his meals in the administration building. The food is better than the prisoner slop, and he is offered a second portion as soon as he devours the first. Extra rations are allowed for political workers, so he takes a hunk of bread and hides it in his sleeve. Later, he gives the bread to Leon in Block 7 and promises to bring more for Leon and the others when he can.

Lale tells Leon to keep his extra rations a secret in case he isn’t able to come through. He also feels a bit nervous about his new status. He’s now living like a king, relatively speaking, and people may try to befriend him for the wrong reasons. He also knows that the others may resent him for associating with the Germans. He’s almost sure he heard one of the men in Block 7 call him a collaborator when he visited Leon. The tattooist of Auschwitz is a lonely job but he is protected now. And that is no small thing.

Baretski instructs Lale to get his assignments daily from the clerk in the administration building. He can also get whatever supplies he needs for the work. The clerk tells Lale to always carry his supply bag with him and say that he is with the political department if anyone asks. No one will bother him if he does these things. Baretski seconds the clerk’s remarks but makes it clear that he won’t hesitate to kill Lale if he messes up.

Prisoners are pumped into the camp at all hours, and Lale and Leon work through the night at times. Baretski also has to stay up to supervise them, and he takes his frustrations out on Leon. Lale never reacts, learning that the abuse gets worse if he tries to intervene. But one day, Leon drops his needle after a boy screams during his tattoo, and Baretski knocks him to the ground with his rifle. He stands on Leon’s back, pressing him into the ground. Lale can’t stay silent.

Lale says as casually as possible that he needs the manpower to get the work done. Before Baretski can reply, Houstek appears and whispers something to Baretski, then moves on. Baretski removes his boot and Leon gets up. Baretski tells Lale he is lucky he told Houstek about his language abilities. He has wormed his way into Houstek’s good graces and is now protected. Baretski suggests he and Lale become friends in the hopes of benefitting from Lale’s new powerful connection.

Doctor Mengele walks up and down the line of arrivals, studying the young women. He separates the women into groups, and Lale can’t discern what his criteria might be. The women all look healthy. Lale can’t stop staring, and Mengele catches him and whispers in the ear of an SS officer. The officer approaches Lale’s table, but instead of addressing Lale, he orders Leon, the tattooist of Auschwitz’s assistant, to follow him. Lale tries to intervene, but he stops when the nose of a rifle is pointed at his face. Leon is taken away, and Lale sinks with guilt.

By late summer, five crematoriums are operating at full steam. More and more people arrive daily, and Lale is swamped with work, especially since Leon has still not returned. He’s so busy, he hasn’t had a day off in weeks. And because there is always work, he has no need to get instructions from the administration office.

One day, Leon returns to work. He is pale, thinner, and more defeated than before. He struggles when he walks, and Lale can feel his ribs when he hugs him. Leon tells Lale that Mengele held him captive. He was starved, tortured, and castrated. Lale rails, cursing Mengele and promising to exact his revenge. But he sees that rage is not what his friend needs, and at the moment, there is nothing he can do anyway. He tells Leon to go to his room and help himself to the food hidden under the mattress.

The End Is Near

Months go by with no sign of the Russians. A cold fall turns into a colder winter. The year changes to 1945, and the prisoners struggle as another dire year of life at the camp looms before them. The never-ending stream of new arrivals ceases, and Lale and the crematorium workers find themselves without work.

Not long after, Baretski tells Lale that Leon is no longer at the camp. Lale demands to know what happened to him, but Baretski warns that if Lale keeps up the questions, he could find himself in the same boat. Leon’s disappearance does something to Lale. He feels a new fighting spirit enter him, and he tells Baretski that he looks forward to watching Baretski’s world crumble around him. Baretski grips his holster and tells Lale to get inside where it’s warm. The cold is clouding his judgment. 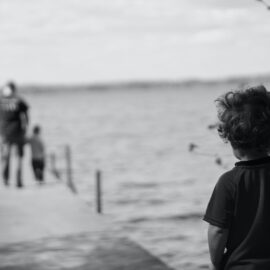 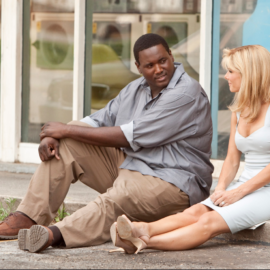 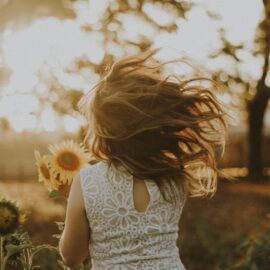