Who are the members of Jeannette Walls’ family in The Glass Castle? Did Jeannette have close relationships with her family members?

Jeannette Walls’ family in The Glass Castle consists of her parents and siblings. Jeannette and her family moved frequently, and she and her siblings often had to fend for themselves when it came to food and shelter.

Read more about Jeannette Walls’ family in The Glass Castle.

Jeannette and her siblings surmounted great adversity in their lives to become stable professionals. Not only were they always hungry, but they were also always too poor to afford clothes, shoes, and other necessities, like toothpaste, heat, and running water. The children were also victim to many close calls with their safety along the way.

Rex Walls was a smart but unruly patriarch of the The Glass Castle‘s real family. He was a former Air Force pilot and had vast knowledge of science, physics, and engineering. He was known as a man who could fix everything and talk his way out of anything. These traits should have added up to success for Rex and his family, but his inability to settle down and follow the rules added up to the opposite.

A few months after Jeannette’s wedding, Rose Mary’s brother, Jim, died. Grandma Smith had left the other half of the Texas land to Jim. Rose Mary wanted to make sure the land stayed in the family, so she told Jeannette to ask Eric to help her buy it. Jeannette was happy to help and said she had some money saved up. All she needed was the land value to start the process. Rose Mary was cagey, as she had been their whole lives about the land. But when Jeannette pressed her, she said she needed a million dollars.

Jeannette nearly fell off her seat. She thought about how her uncle’s land was the same size as her mother’s. She asked if Rose Mary’s land was worth the same amount, but Rose Mary said she didn’t know. She’d never had it appraised, but she guessed it was more or less the same.
Jeannette was floored. Her mind raced through all those years without food or heat or water or clothes. She thought about the years her parents had been on the streets and squatting in an abandoned building. Was it really possible that Rose Mary had allowed all of them to live that way while sitting on top of a gold mine?

The other part of The Glass Castle’s real family was Jeannette’s siblings. Jeannette had two sisters and a brother.

Rose Mary wouldn’t hear of getting glasses for Lori. She thought glasses only made poor eyesight worse and that Lori needed to strengthen her eyes through use. But the school said Lori couldn’t attend without them.

When Lori received her glasses, she looked at the world outside with wonder. She’d never seen leaves on trees, words on billboards, or birds in the distance. She was seeing the world for the first time, and she cried with joy.

Lori became obsessed with her newfound vision. She started painting and drawing everything she saw and decided she wanted to be an artist, too.

Another member of Jeannette Walls’ family was her brother, Brian. Brian came along a year later. He was born in mid-seizure and couldn’t breathe. Rose Mary said he was likely a “goner,” but Brian lived, and the seizures stopped.

Brian and Jeannette loved exploring. Along with the desert, they explored the town dump. One day, they stumbled onto toxic chemicals in large bins. They took glass jars and filled them with the chemicals, then took them to an abandoned shack. They mixed potions together, but when nothing happened, they decided to see if they could catch on fire.
The next day, they dropped a match into a mixture of different chemicals, and a fire bomb shot up into the air. The shack caught on fire and spread so fast, they became trapped inside. Jeannette kicked a board out and escaped, but Brian was still inside. She ran for help and happened to run into Rex walking back from work. Rex ran to the shack and pulled Brian out.

After moving to New York with Jeannette and Lori, Brian became a police officer in the NYPD. He was the only one to attend Jeannette’s college graduation, and married and later divorced. He had a daughter named Veronica, and lived in Brooklyn. Brian had moved up in the force to sergeant detective running a unit that investigated organized crime.

Two months after the move, Lilly Ruth Maureen Walls was born. Two days later, Rex checked Rose Mary and the baby out of the hospital Rex Walls style. Jeannette held the baby on the drive home and promised her new sister she would always look after her.

The addition of Maureen to the family did nothing to change the Walls’ way of life. She was only a few months old when it was time to skedaddle again.

Rex’s time at the house dwindled. He stayed out more and more in the evenings. He was gone so much, Maureen’s first words were practically, “Where’s Daddy?”

Maureen had a hard time finding a place in her family. She was spending so much time with her friends and their families, Jeannette felt like she was becoming removed from her real family. Unlike her siblings, Maureen loved it in Welch. Her friends’ families thought she needed protecting and did their best to save her. They were religious families, and Maureen was frequently baptized. She was even attending pentecostal meetings with snake-handlers.

After another six months, Maureen snapped. Rose Mary told her that she would have to move out and learn to fend for herself. In response, Maureen stabbed her. Maureen was arrested, convicted, and sent to a mental facility Upstate. A year later, she was released and bought a ticket to California. She wouldn’t allow anyone to see her off, so the morning of her departure, Jeannette woke early and whispered to the air, “I’m sorry, Maureen.” She’d let her sister down. Jeannette Walls’ family had suffered, especially with losing Maureen. 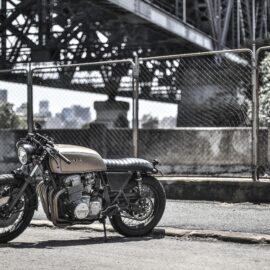 How to Improve Your Relationships: 8 Qualities to Have 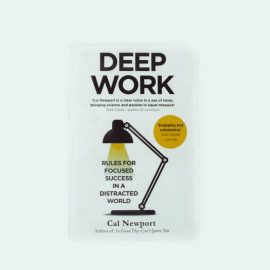